The engineers at Mercedes-Benz keep very busy developing new videos, and this spy video catches their work on AMG variants of the latest C-Class. These vehicles are all on the roads near the Nürburgring but not on the famous track.

Except for the revisions to the front fascia, rear bumper, and exhaust layout, these models look largely identical to the standard C-Class. The larger openings in the nose and different pipes at the back make sure the models can breathe better and get rid of the unneeded gases.

Reports still vary whether the lesser AMG C-Class goes by the branding C43 or C53. Regardless of the name, it features a turbocharged four-cylinder. The output is at least 416 horsepower (310 kilowatts) like in the A45 S and could be a bit more. 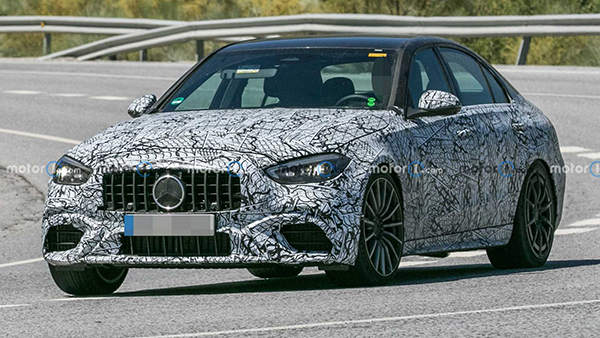 The more potent C63 will also use a turbocharged four-cylinder engine, but it will have hybrid assistance. This layout will reportedly have over 550 horsepower (410 kilowatts).

This video also provides a look at a sporty C-Class wagon. Judging by the trapezoidal exhaust outlets, we suspect it’s the C63 estate. It would compete against the Audi RS4 Avant that makes 444 hp (331 kW) in the current form and gains plug-in hybrid power in the future. 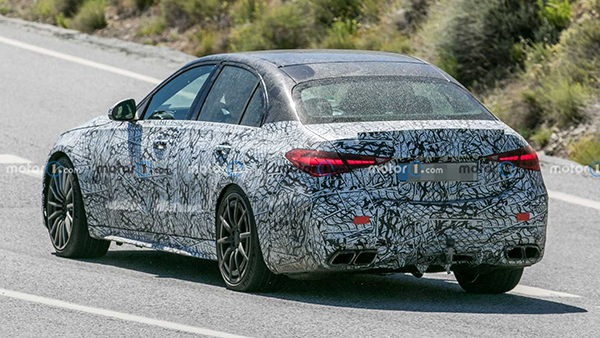 All of the AMG models would gain suspension, braking, and drivetrain tech to make them turn and stop better than the lesser models. An earlier spy video shows the C63 looking quite quick while lapping the Nürburgring.

Expect the C43 (or C53, whatever Mercedes calls it) to debut first, and the unveiling should be in the first half of the year. The C63 would arrive a few months later. We don’t yet know whether Mercedes plans to sell the wagon versions of the AMG cars in the United States. Although, the chances don’t seem very good.