Mercedes-AMG is the most successful team in DTM history with 195 victories, 11 drivers’ and 14 manufacturers’ titles in 19 years of participation. Buying a racecar with that kind of pedigree is quite special. Luckily, a Mercedes-AMG C63 DTM is available for sale in Germany by Mechatronik, at a price of €1,282,328 ($1,509,005) including a 19 percent refundable VAT. 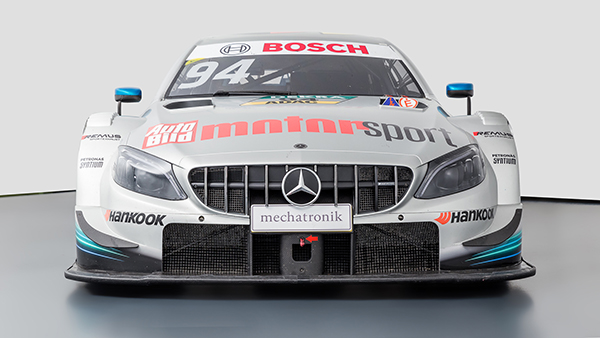 The Mercedes-AMG C63 DTM was unveiled in 2015, with a design resembling the production C-Class Coupé (C205) although extremely lowered and fitted with huge aero components. Those include a pronounced splitter sitting millimeters from the ground, wide fenders with integrated louvers, exhaust pipes coming out of the doors, enlarged side sills, a huge rear wing, and single nut multispoke wheels.

Despite any visual similarities, the DTM racecar is a whole different animal underneath. It is based on a carbon-fiber monocoque with carbon-fiber crash structures and a steel roll-cage. Pushrod suspension in both axles with H&R springs and dampers and larger brakes, in combination with the extensive aero package, make sure that it handles well on the track. As for the engine, AMG’s naturally aspirated 4.0-liter V8 produced 483 hp (360 kW / 489 PS) at the time of the launch, although it’s been upgraded to 542 hp (405 kW / 550 PS) in this specific model. 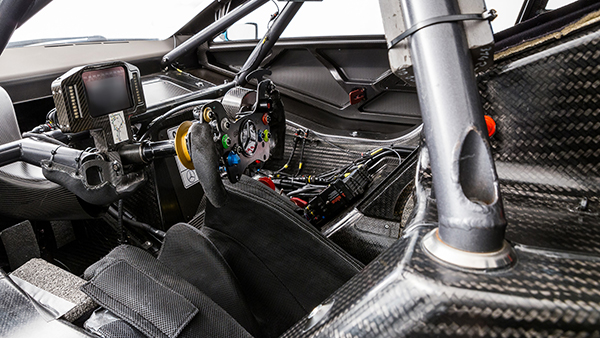 The cabin is 100 percent racer with carbon fiber all over the place and none of the amenities you expect from a production car. There is only a yoke steering wheel dressed in Alcantara with integrated buttons and switches, a digital instrument cluster, and a single racing seat for the driver.

The example listed for sale bears the chassis number RS15-012. It made its racing debut in 2015 with Robert Wickens, who also drove it during the 2016 and 2017 seasons, finishing several races on the podium. The race car was updated for the 2018 season, where it was driven by 2015 champion Pascal Wehrlein. Adding to its authenticity is the fact that it still has battle scars from the races, like some chips and scratches on the front, plus some discoloration of the bodywork around the side exhaust pipes. 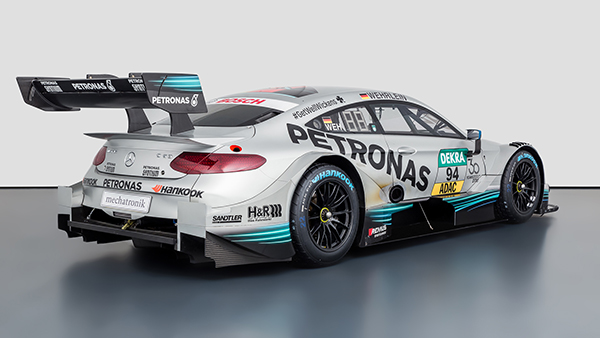 Included in the price is an extensive collection of spare parts, so the new owner won’t have a problem keeping this beauty fully operational. As you can imagine, a vehicle like that is not street legal, but the new owner could drive it on trackdays and/or on special events.

Mercedes-AMG withdrew from DTM in 2018 to focus on Formula E. However, the company is returning to DTM in 2021 with five teams and seven Mercedes-AMG GT3 racecars.