Americans will once again be stuck with the sedan version of the Mercedes C-Class AMG Lite, but over in Europe, the T-Modell lives on. The more family-friendly version of the two C43s also loses two cylinders by dropping the V6 in favor of the M139l. Why the “l” at the end of its codename? Because the 2.0-liter four-pot is mounted longitudinally whereas the compact AMG 45 cars have a transverse engine layout. 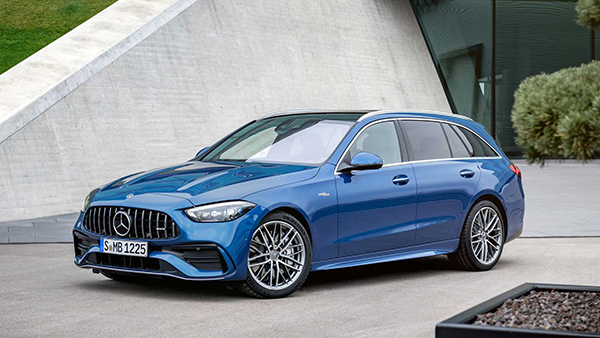 The GLC 43 alternative on the Old Continent combines most of the sedan’s performance with the added practicality of a wagon. Despite dropping the twin-turbo 3.0-liter V6 it retains the round quad exhaust tips of its predecessor and they seem to be the real deal as opposed to some of Audi’s S models sold in Europe. 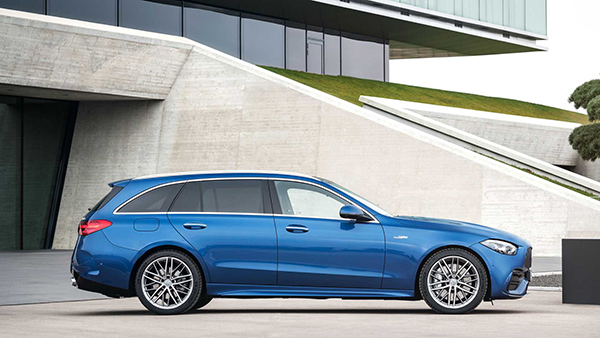 With 402 horsepower and 369 pound-feet (500 Newton-meters) on tap, the new C63 Estate is certainly not underpowered. In fact, it outpunches the also-not-for-America BMW M340i xDrive Touring by 20 hp while having the same amount of torque. We’ll remind you the Bavarian wagon has a larger inline-six engine with a 3.0-liter displacement.

As expected, the wagon is a smidge slower than the sedan since it carries around a bit more weight. Mercedes-AMG says the C43 Estate needs 4.7 seconds to reach 62 mph (100 km/h) from a standstill or a tenth of a second more than the saloon. Both are electronically capped at 155 mph (250 km/h), but the optional AMG Driver’s Package loosens up the limiter to 165 mph (265 km/h). 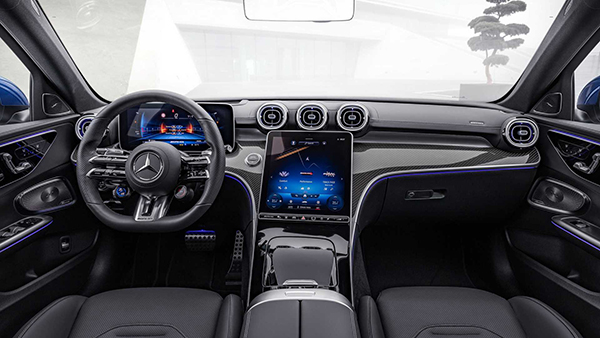 The sedan and wagon should be followed by coupe and convertible derivatives, but these might not be labeled as C43s. Instead, there are rumors about Mercedes planning to merge the two-door C-Class and E-Class models to create the CLE. Consequently, the peeps from Affalterbach might be planning CLE 43 Coupe and Convertible models to release in the coming years. 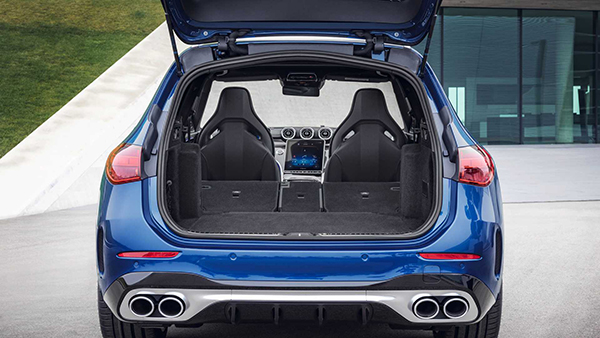 Meanwhile, the C43 Sedan and Estate are the first series-production models to feature an electric exhaust gas turbocharger adapted from Formula 1. The AMG One was supposed to lead the way, but the F1-engined hypercar has been pushed back several times and will finally enter production by the middle of the year.