Mercedes-Benz Vans is looking towards a 100% electric future, and that future is not that far away, as the company has announced plans to accelerate its electric transformation and provide only electric products across its van line-up as of 2025. 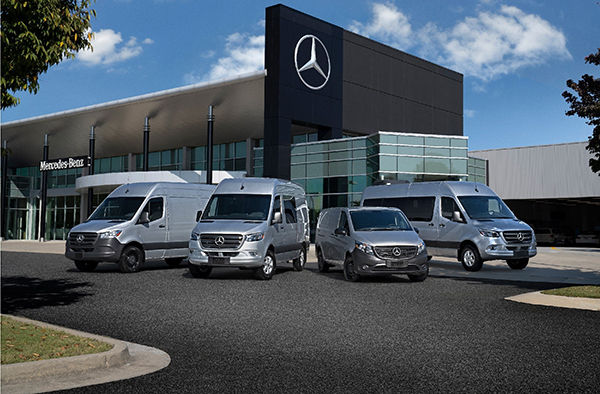 To achieve this goal, the German manufacturer will gradually discontinue its van models powered by fossil fuels and focus exclusively on all-electric models. Additionally, it has plans to invest in the development of a brand-new platform for all-electric medium-sized and large vans, as well as in the production sites.

At the moment, the manufacturer is offering battery-electric variants of mid-size and large-size vans, but that will soon change, as they will also introduce small-size electric vans, like the eVito Panel Van and eVito Tourer, the eSprinter, or the eCitan.

These new efforts to fully embrace electrification also entail that production of large vans, namely the eSprinter, will continue in Germany, despite increasing costs, and that an additional manufacturing facility will be established at an existing Mercedes-Benz plant in Central/Eastern Europe, possibly in Kecskemet, Hungary.

The next-gen Mercedes-Benz eSprinter, built on the Electric Versatility Platform (EVP), is set to be launched in the second half of 2023. And in 2025, the company plans to introduce a new, modular, all-electric van architecture called VAN.EA (MB Vans Electric Architecture) intended for medium-sized and large vans.

A model based on this new VAN.EA platform will be produced at the new manufacturing facility. Another van model – the second generation electric van based on the Rivian Light Van (RLV) architecture under a new joint venture announced by the company – will also be produced there.

“We want to retain our position as the only van manufacturer producing large vans in Germany – despite the increasing costs associated with the e-mobility transformation. To achieve this, we are aligning our European production network,” Mathias Geisen, Head of Mercedes-Benz Vans, has said.

“Incorporating an all-new production facility leveraging an existing Mercedes-Benz site in Central/Eastern Europe into that network will help us secure the long-term competitiveness of our German plants and enable the successful transition of Mercedes-Benz Vans into the electric era.”

All in all, Mercedes-Benz Vans plans to invest no less than €400 million ($402 million) in the production of the new electric vehicles, and if everything goes according to plan, by the middle of the decade it will have an exclusively electric product line-up.