Mercedes-Benz introduced its eActros in 2018, as a heavy-duty vehicle with an electric drive. Now, three years later, the automaker is finally close to starting series production, which is scheduled to begin in a few days. 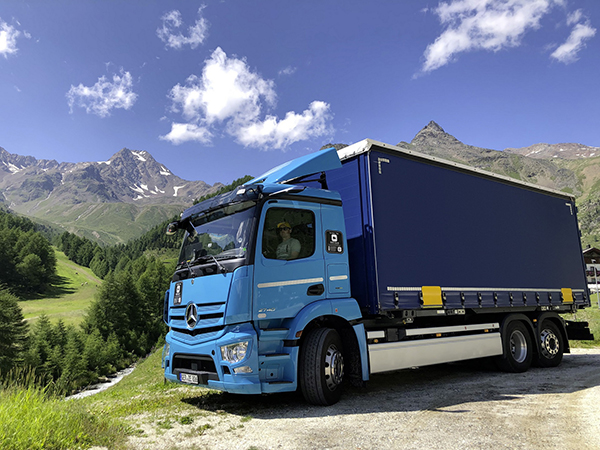 It took three years for the German manufacturer to thoroughly test the truck in order to validate its performance, and Daimler recently let us know the latest challenge the eActros had to face.

The eActros trucks were loaded to their gross vehicle weight of 27 tons, and they were both pushed to their maximum capabilities, with the terrain in the area being perfect for tests with full drive power. Mercedes took the heavy-duty vehicles on both extreme uphill and downhill routes with the trucks being recharged exclusively at public charging stations along the way, in Germany, Austria, and Italy. 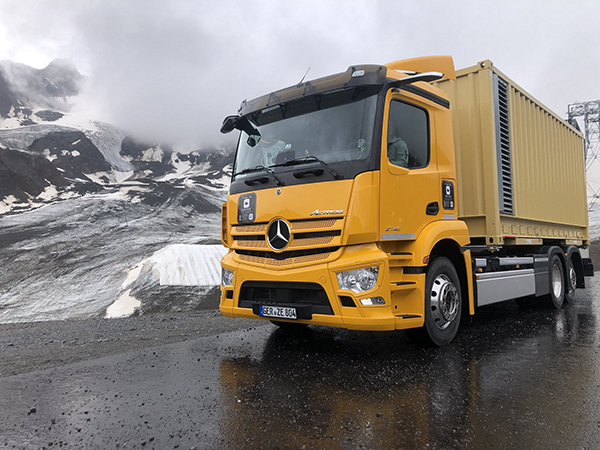 With these tests in the Alps, engineers proved among other things, the usefulness of the energy recovery feature of the eActros, which can be exploited by driving with foresight.

The eActros has been tested constantly during these last three years, so this was not the first time they have been seen on European roads. Ten such vehicles have been involved in an extensive testing program with customers all across the continent, putting in hundreds of thousands of miles so far.

Daimler has announced in the past that it plans to start mass production in the fall of 2021, but now the automaker has narrowed down the date for us. The German company recently stated that series production for the eActros will start in a few days, at the beginning of October.

The eActros is based on the regular Actros model, but it comes with two integrated electric motors and a two-speed transmission. The truck boasts a range of up to almost 250 miles (400 km). When plugged into a 400A DC charging station, the battery needs a bit over an hour to get from 20 to 80 percent.