November will mark the fourth anniversary of the unveiling of the Tesla Semi and, if everything goes according to plan, the first deliveries could occur late this year. 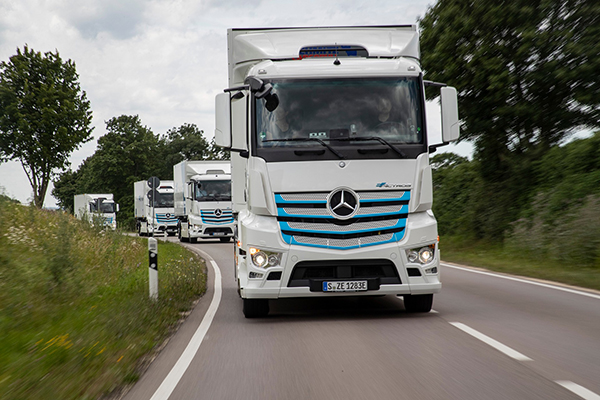 That’s way behind schedule and the nearly two year delay is giving competitors an opportunity to catch up and potentially beat the Semi to market. With that in mind, Mercedes-Benz Trucks has announced plans to unveil the eActros on June 30th.

Set to become the “first series-produced electric truck bearing the star logo,” the eActros is a heavy-duty truck which was previewed by a concept in 2016. It was followed by an Innovation Fleet of prototypes which have been in the hands of customers since 2018. The company says both 18-ton and 25-ton versions of the eActros prototype “fulfilled various challenging tasks” during this time as “it transported chilled goods in an electrically-powered refrigerated box body to supermarket branches, served as a plant vehicle to supply components for production, handled the replacement of waste containers, and used a tank body to carry fly ash for the production of concrete.” 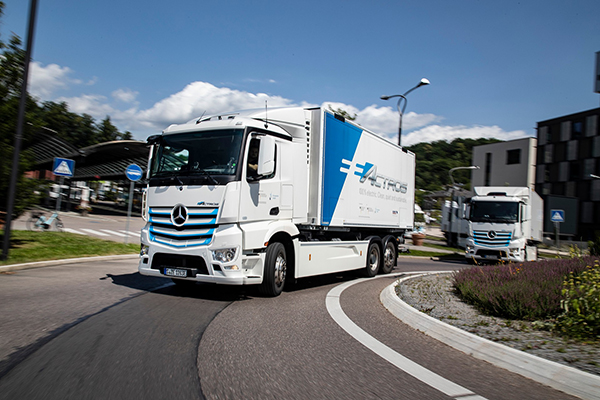 While it’s a bit unusual to give customers access to prototypes, it was a cornerstone of the eActros’ development process as the company adopted a “customer co-creation” approach. This saw customers closely involved in the truck’s development and Mercedes says their feedback was taken into account early on and used to improve the vehicle. The company went on to say drivers were pleased with the EV as they liked the “continuous availability of torque over the entire speed range” as well as the quietness and “smooth driving experience.”

Mercedes is keeping specifications under wraps, but hinted the production model will be “significantly superior to the prototype” as it will have more power, range and safety features. The company went on to note prototypes have racked up more than 310,686 miles (500,000 km) of testing and were subjected to a variety of tests to prove their performance, safety and durability.

Production of the eActros will begin in the second half of this year at the Wörth am Rhein plant in Germany and the company promises it will usher in a “new era” of transport.