An all-electric EQG concept might be on the way, but this new G 400 d proves there’s still life in the combustion-engined G-Class yet. It’s refined, punchy and smooth, and should cost less to buy and run than the G 63 AMG – although it’s still a pricey machine. However, even at this price, few can match the diesel G-Class’s personality; it’s unique in the large SUV market, and that’s almost worth the entry price alone. 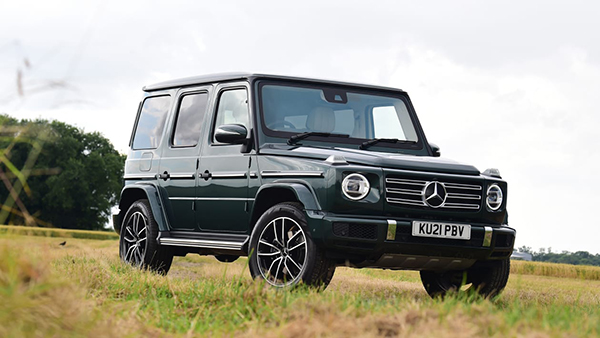 It’s rumoured that Mercedes will preview an all-electric G-Class with an EQG concept at the upcoming Munich Motor Show, but that won’t detract from the appeal of a combustion-engined G-Class for many.

When Mercedes redesigned its icon in 2018 it launched with V8 power in range topping G 63 AMG trim. However, it’s now added another fuel choice to the line-up before it goes electric with a less glitzy and more affordable G 400 d diesel model – and it’s brilliant. 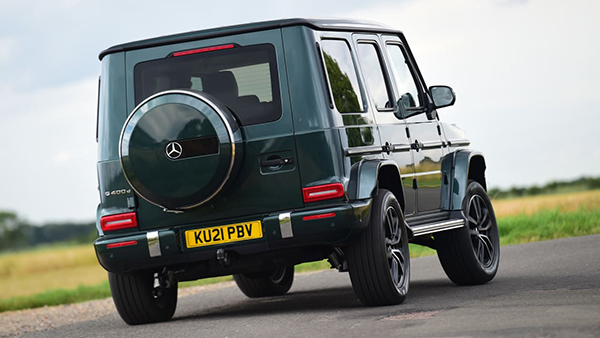 The 400 d tag signifies Mercedes’ 3.0-litre straight-six turbodiesel unit producing 325bhp and a big swell of torque, at 700Nm. However, the G weighs in at 2,489kg, so it does need those kind of figures. 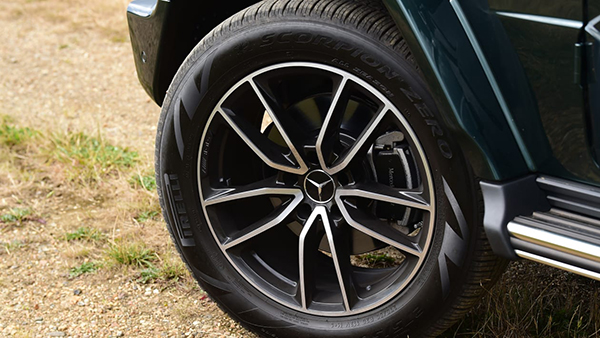 It’s still swift, with 0-62mph taking 6.4 seconds, which seems faster than it is when you’re on the move given the G 400’s dimensions. It towers above even conventionally large SUVs such as Range Rovers; this is a car that has masses of road presence, which is why the G-Class is loved by so many, why it sits as a halo model alongside the S-Class (and now the EQS), and why it’s such a feel-good machine.

The performance it delivers is more than adequate, with that huge torque output kicking in from just 1,200rpm, which means the big SUV lollops along effortlessly, shifting creamily up through its nine gears with a muted but muscular rumble from the engine. 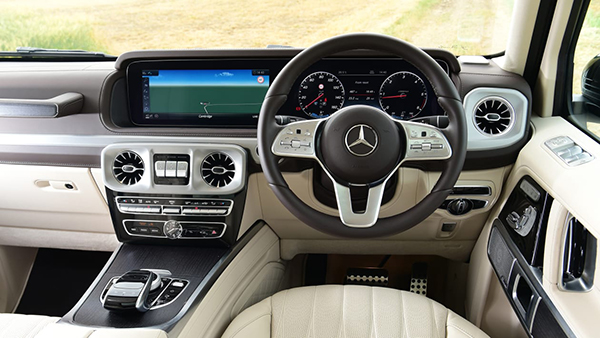 It doesn’t quite have the personality of the G 63, but then some might find this engine suits the G better than the V8 as you hardly have to rev it – and it’s beautifully refined.

It’s mostly relaxing as a result, with only the slight shimmying ride the main drawback. It’s a problem that afflicts the G 63 too and is partly down to its size and construction, but these factors also mean that the G-Class offers incredible off-road performance, with three locking differentials to help progress away from the tarmac. That huge torque output ensures a sizeable 3,500kg towing capacity too. 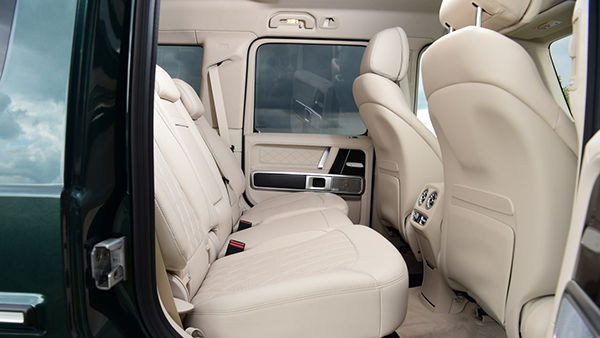 Sometimes the big Mercedes feels a little obese in how it tackles bumps and turns corners, the chassis struggling to smooth out the worst lesions in the road and the slow steering meaning you have to crank more lock on than you might initially expect.

But it’s a set-up choice from the German brand that packs the car with character and, once you’re quickly used to it, becomes a defining positive trait in many ways, rather than a drawback; it certainly gives more stability at higher speed.

Quality inside is great and lives up to the price, the upright windscreen framing the imperious view out over the big, square bonnet. Along with the flared wheel arches it can therefore be a bit more difficult to park than a normal large SUV, but we’re splitting hairs here. 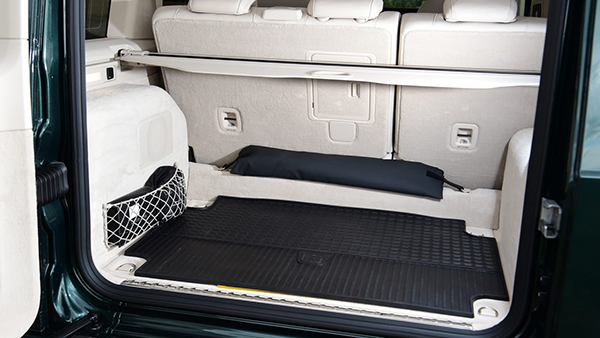 It uses Mercedes’ previous-generation infotainment set-up, which is still fine. Two 12.3-inch displays and the older-style control wheel offer plenty of functionality, with all of the usual high-end kit you’d expect from a car costing this much, including a brilliant Burmester stereo in AMG Line Premium Plus trim.

Practicality is good, with lots of passenger room once you’ve hauled yourself inside, and up to 667 litres of boot space available with the rear seats in place rising to 1,150 litres with them folded down. Just be mindful that you’ll need plenty of space behind to open the side-hinged tailgate; the spare wheel is mounted on this too, although visibility is fine, helped by a comprehensive camera set-up.

The less than slippery profile and the G 400 d’s weight mean that, despite the new diesel engine official fuel economy stands at 25.7mpg – but this is still 8mpg more than the G 63 and could be closer to double in the real world. With a 100-litre tank and fuel prices rising it will still cost a pricey £135 to brim, but then exclusivity isn’t cheap, and the feeling you get when driving the G-Class – no matter what engine is mounted in its bluff nose – will make it seem worth it.