Since Daimler didn’t have AMG as an in-house performance specialist back then, these sportier models didn’t have the magical three letters in their name. However, that didn’t keep them from achieving a legendary status on their own, and any image of a black, wide-bodied W201 sedan is enough to send any car person’s salivary glands into overdrive because these things were just unbelievably cool. 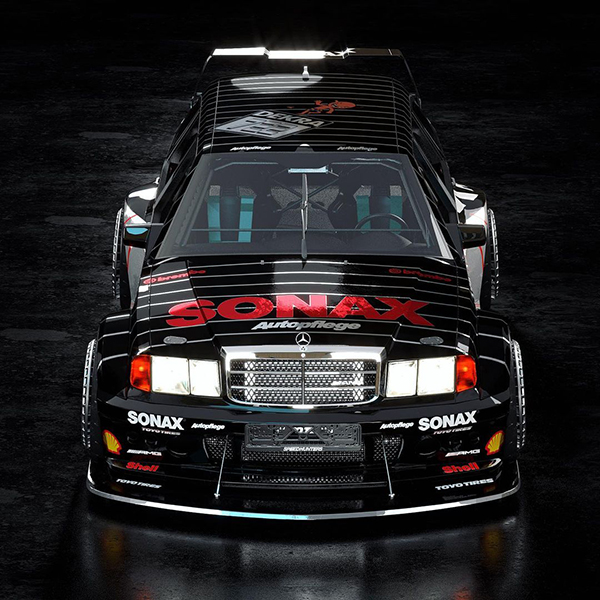 Just because Daimler hadn’t acquired AMG doesn’t mean the Affalterbach specialists didn’t get involved in the project, though. In fact, it was probably the 190 E 3.2 AMG that set the wheels in motion for the eventual fusion between the two companies as they realized the immense potential lying in a more tightly knit collaboration. 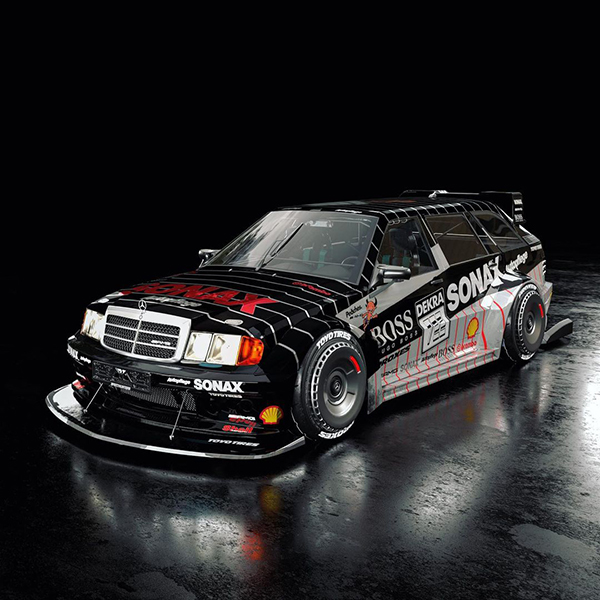 At that time, though, AMG was still operating as a partner and was heavily involved in Mercedes-Benz’s motorsport activities, particularly its presence in the Deutsche Tourenwagen Meisterschaft (DTM), the German Touring Car Championship. The W201 sedan was its weapon of choice at the time, so it received a 25 horsepower hike, a lower stance, a very aggressive-looking front splitter, and a large rear wing to round it all off. 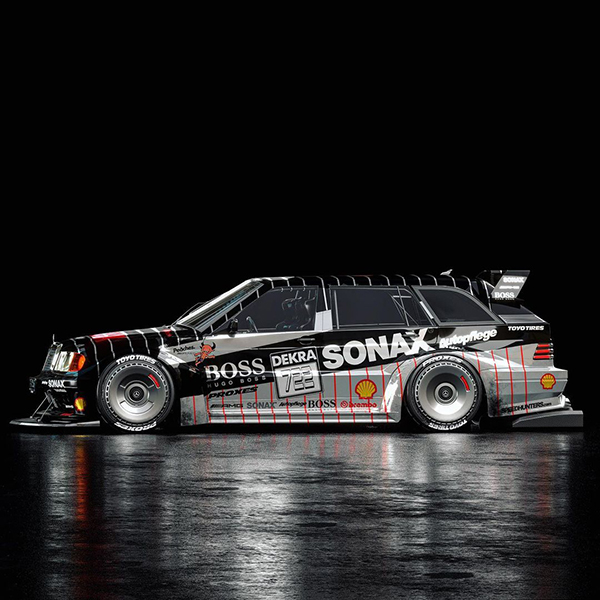 It looked like a proper early 1990’s racer, a time when motorsport was still going ballistic in Europe despite the fallout from the ban on Group B. Yet, it still manages to look tame compared to this rendering of a DTM-ready Mercedes-Benz E 3.2 AMG wagon.

The virtual model follows the same recipe (wide body kit and larger than life aero elements), but ups the drama compared to the actual racer thanks to two aspects: one, each of those parts is considerably larger than it would make sense in real life, and two, it all sits on the body of a wagon—a body style the W201 didn’t get in real life, by the way. 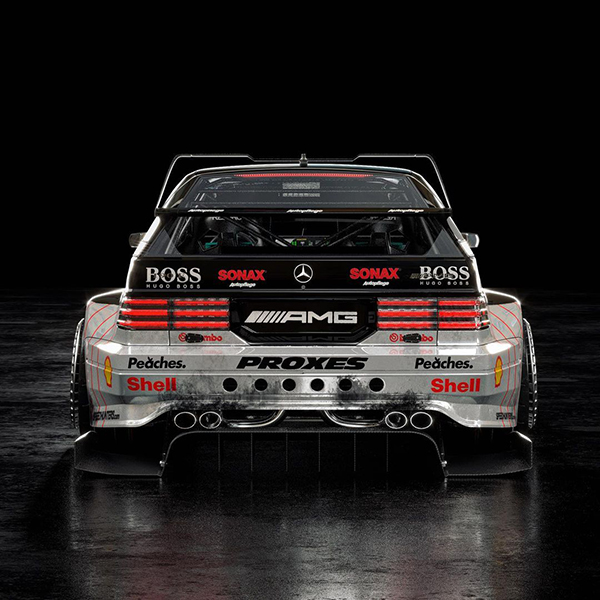 Seeing this body style that’s rightly associated with family vehicles looking like it could tear the Nürburgring a new one causes our brains to short circuit and fall in love madly without being able to explain why. Granted, the same design would have looked cool on a sedan as well, but we can all agree it would have lost about 30 percent of the impact it has as a wagon.

The author, Instagram user 722_modeing, provided us with two versions to pick from. There’s a clean silver one that allows us to admire the multitude of details that form the stunning package and one that’s painted in the era’s DTM livery featuring main sponsor Sonax alongside other famous names such as Hugo Boss or Shell. The latter also features a different wheel design, but simply because it lets more of the bodywork show, we prefer the sticker-free one.