Without any limitations on parts of the highway network and legendary racetracks such as the Green Hell, it’s no wonder Germany sometimes gives birth to menacing automotive “monsters.” Such as AMG’s Black Series creations. 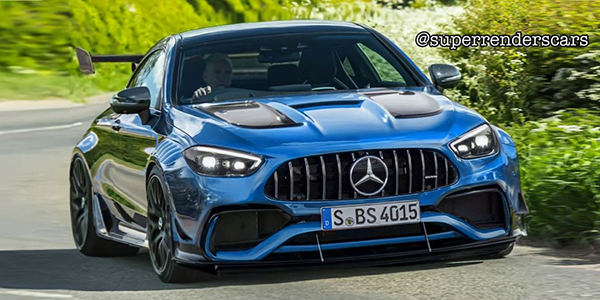 Right now, there’s the option of shelling out no less than $325,000 (MSRP, then add the traditional destination, dealer fees, and possible options) to acquire a 2021 Mercedes-AMG GT Black Series in the United States. But the M178 LS2-equipped high-performance GT isn’t the only representative of the AMG Black Series.

During the early half of the previous decade, one could also have had some mind-boggling Black Series V8 performance with a different internal designation. It was the M156 engine tucked inside the flagship version of the W204 Mercedes-Benz C-Class. Dubbed the Mercedes-AMG C 63 Black Series, this different two-door Coupe wonder was capable of churning out “just” 510 horsepower for a sprint to 62 mph/100 kph in 4.2 seconds and a maximum Autobahn/track speed of 186 mph/300 kph. 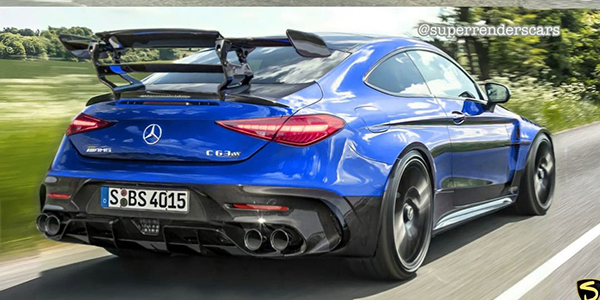 Unfortunately, Mercedes-AMG did not develop a habit out of giving the C-Class a Black Series every time it changed model designations. So, the W205 was left with the C 63 S as the top-of-the-line version, although it had a slightly lower output of 503 horsepower. Meanwhile, the current fifth generation (W206) is patiently waiting for more (good) AMG things to happen.

But as is (almost) always the case whenever a virtual artist gets involved, some people don’t have the same amount of forbearance. Case in point, the pixel master hiding behind the superrenderscars account on social media, who decided to act on the Black Series reinvention on his own, and without official backup.

It’s probably a hasty decision triggered by the impending approach of the BMW M4 CS/CSL. And the unofficial 2023 Mercedes-AMG C 63 Black Series seems ready to live an even more extreme high-performance life. As such, this CGI interpretation brings visions of widebody kits, aero bits galore, carbon fiber goodies, and quirky rear-wing setups that would make even the current 911 GT3 green with envy.