Mercedes-Benz launched the third-generation B-Class in late 2018 for the 2019 model year. It’ll be four years old in 2022, but it should look different for 2023. Mercedes is giving the hatchback a mid-cycle refresh; however, the styling won’t change much. New spy shots capture the updated B-Class MPV wearing camouflage on its front and rear fascias, hiding a handful of styling tweaks. 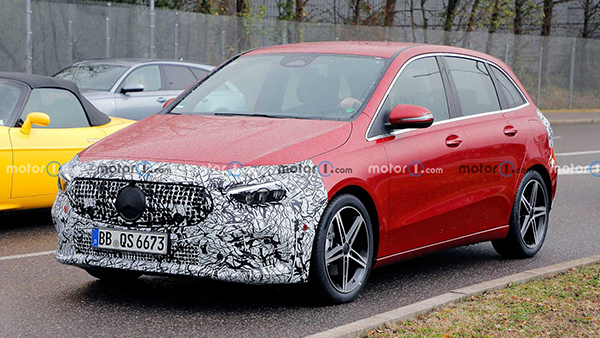 The B-Class will receive a revised front-end design, with the grille sporting a new mesh insert. The black circle in the center houses sensors of the vehicle’s various driver-assist systems, though the Mercedes logo should cover it on the production version. Mercedes also camouflaged portions of the headlights, suggesting the model will get tweaked lighting signatures. Camouflage also makes it appear as if Mercedes will tweak the front bumper, too. 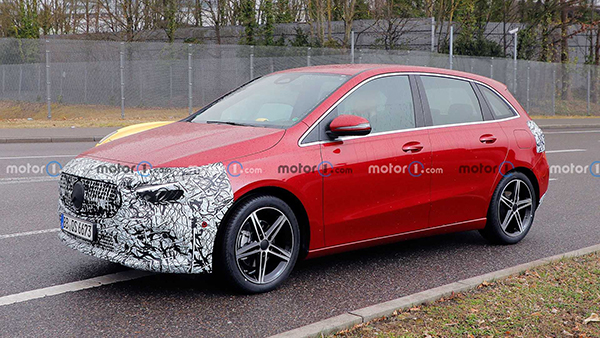 There is less going on at the rear, where two thin strips of camouflage cover the lower bumper and the taillights. The lights should receive tweaked internals while Mercedes will massage the bumper into a new shape. There aren’t any interior photos, but what we can see of it in the exterior images doesn’t reveal any significant changes. A large screen on the dash still sits above a trio of air vents. The model should receive the brand’s latest infotainment system, though. 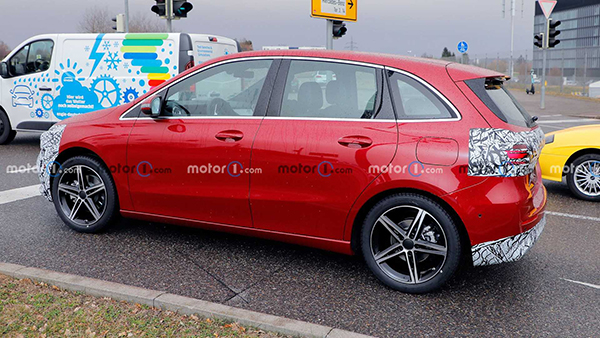 The B-Class’ mid-cycle redesign will proliferate through Mercedes’ lineup of small cars. The car’s styling tweaks will translate onto the A-Class, CLA, and GLB. We don’t have any powertrain details at the moment, but customers should expect the current crop of engines to carry over mostly unchanged. Mercedes could make a few tweaks for improved performance and fuel economy, but don’t expect massive gains waiting for the model. 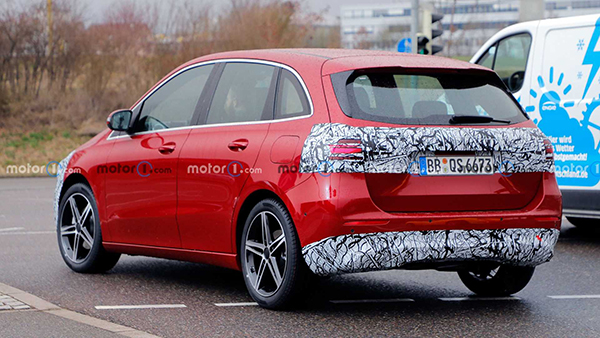 Mercedes hasn’t said when it would reveal the new B-Class, but we expect the company to introduce the redesigned model later this year. The new B-Class should go on sale for the 2023 model year. It’s believed that the A-Class will also debut in 2022. Mercedes has an extensive lineup to keep feeling fresh amid growing competition, and that includes its smaller offerings.