Mercedes-Benz B-Class will soon get a midlife update in order to compete with the all-new BMW 2-Series Active Tourer, with both of them being the only models in the premium compact MPV segment. A new lightly camouflaged prototype was caught by our spy photographers in Germany, following the spy debut a few months ago. 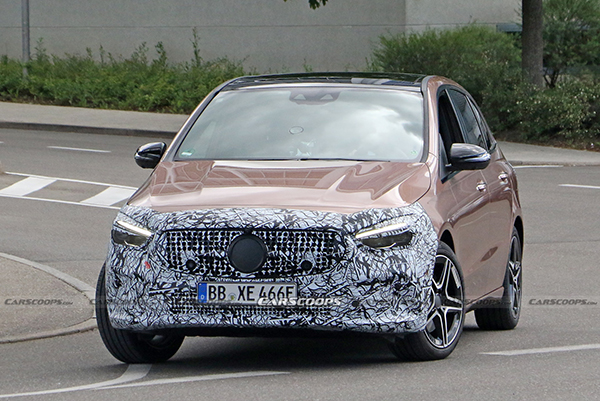 In terms of design, the third generation of the B-Class which was introduced in 2019, remains quite fresh and is considered a handsome vehicle for the segment. In typical Mercedes fashion, the facelift will bring minor changes. The camouflage is covering the slightly redesigned front bumper including the grille which will get a modern makeover.

The headlights will gain updated LED graphics, with a similar yet more subtle treatment for the taillights. Inside the cabin, the MPV is expected to get updated MBUX software for the dual 10.25-inch screens, alongside revised trim and upholstery options. 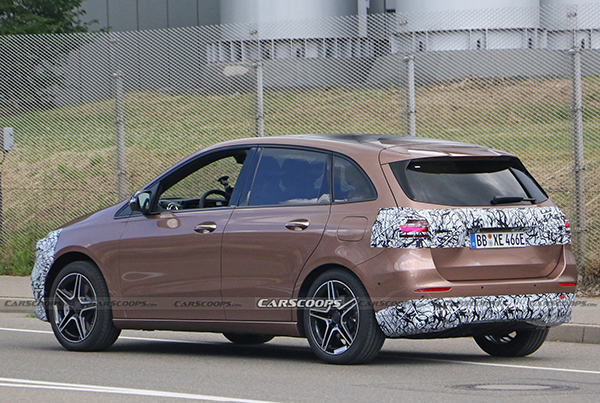 The facelifted B-Class will debut soon after the facelifted A-Class with both models receiving similar updates. Powertrain options will likely be carried over with small updates, including the 1.3-liter petrol and the 2.0-liter diesel which might get mild-hybrid tech, alongside the flagship B250e plug-in hybrid. Mercedes has confirmed that it will stop offering a manual transmission as an option by 2023, which means that the updated family of compact models will go auto-only like the rest of the lineup.

Mercedes recently announced its future strategy that is focused on high-end models, with the compact range set to be reduced from seven to four body styles. The B-Class is one of the first models to go, since the popularity of MPVs has been steadily declining, and its role can be fulfilled by LCV-derived models like the Citan / T-Class and the upcoming EQT. This means that the facelifted B-Class might be the last of its kind, extending the life of the model for a few more years.

We will learn more about the B-Class in the official debut that is expected in late 2022 or early 2023.