When it comes to low-profile cars, few are as below-the-radar as the Mercedes-Benz B-Class.The original model came and went with very few people noticing, and the second edition was almost as invisible. However, none of that makes the B-Class a bad car; it’s just one that was overshadowed by more mainstream rivals such as the Ford C-Max and Renault Scenic. High prices when it was new made the B-Class difficult to recommend, although it’s packed with technology, features a spacious cabin, and is extremely safe. As a used buy, though, things are different because values are more realistic, even if it still isn’t at the top of its class. As with any compact MPV, the B-Class doesn’t excite, but if your focus is on usability, this slightly left-field option might just fit the bill. 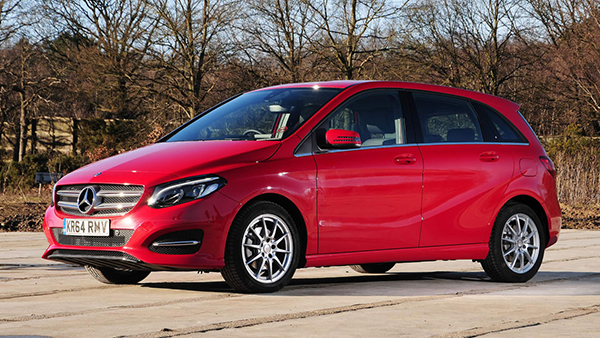 Like all mainstream car brands, for years Mercedes has been chasing volume, and as a result of expanding its range, the German company now sells more cars in the UK than its main rivals, Audi and BMW.

One key way in which it has increased its sales is by offering a far wider variety of cars, while another is by including generous standard equipment, so its models represent better value than before, even if they’re priced at a premium level.

The B-Class typifies this approach, in that it’s in a sector long dominated by volume brands, and it also offers strong value – but what more does it bring to the table? 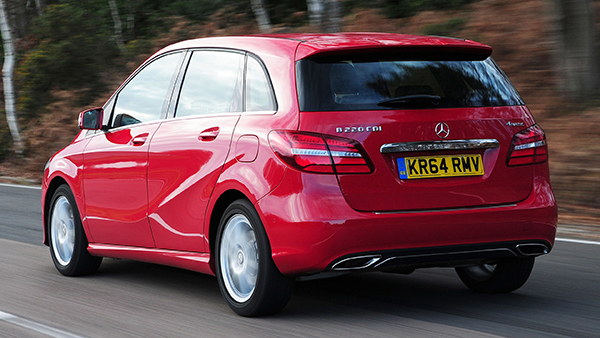 The petrol engine was a 1.6-litre unit, while the diesel was a 1.8; a six-speed manual gearbox was standard, with an optional seven-speed dual-clutch auto, called DCT. The four-wheel-drive B220 CDi 4Matic joined the range in January 2014 with a 2.0-litre diesel engine and a DCT box. Also launched was the B180 CDi Eco SE, rated at 92g/km of CO2 and 74.3mpg.

In November 2014 a facelifted B-Class arrived with a redesigned nose, optional LED headlights, a bigger dashboard display and more safety kit; all diesel models now featured a 2,143cc engine, while the Sport trim level was renamed AMG Line. In February 2015 the B-Class Electric Drive reached showrooms with a 142-mile range, but few of this model were sold.

Which one should I buy?
The entry-level B180 petrol and diesel engines are much more common than the more costly B200/B220 editions, and they’re fine for everyday use. While Merc’s manual gearbox is nice enough to use, the auto is slick and even easier to live with.

Cars with SE trim come with 16-inch alloy wheels, electrically adjustable and heated door mirrors, air-con, plus automatic headlights and wipers. Also included is Active Park Assist, which will help you get the car into a parking spot. 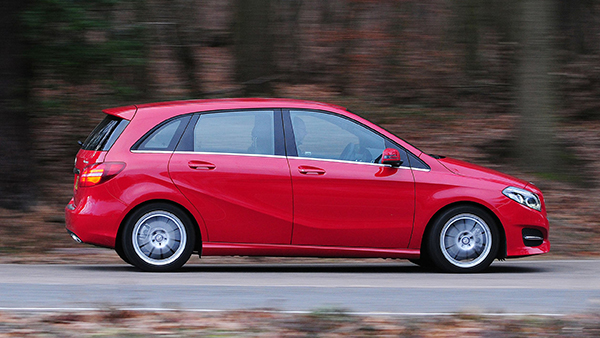 Alternatives to the Mercedes-Benz B-Class
It looks more like a big hatchback but in reality the B-Class is a compact MPV.

This pitches it squarely against the five-seat BMW 2 Series Active Tourer, which also offers a high-quality interior along with some excellent engines, but it’s not quite as much fun to drive as you might expect. However, the Ford C-Max’s driving experience is extremely good, on top of which it’s in plentiful supply, well equipped and cheap to run.

As with the seven-seat BMW 2 Series Gran Tourer, there’s a seven-seat option in the form of the Grand C-Max, something that’s also true of the Renault Scenic. The Renault is also smartly designed, very practical and has some efficient engines. 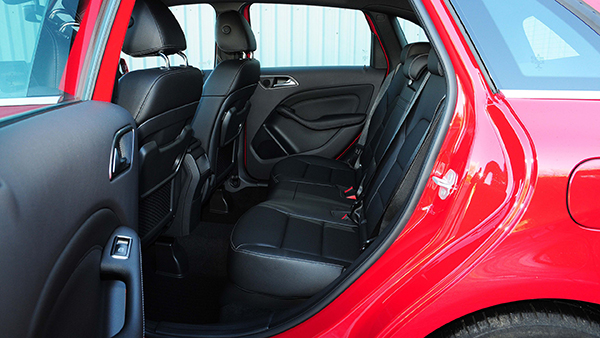 Gearbox
Most B-Classes come with a dual-clutch automatic transmission, which can suffer from surging and a lack of drive.

Recalls
The Mk2 B-Class has been subject to a significant number of recalls throughout its life. Make sure that all of these have been carried out.

Stop/start
All Mercedes B-Classes are fitted with an engine stop/start system, which can take its toll on the life of the starter motor.

Firm ride
The standard car has a firm ride and the Sport suspension is even stiffer, so make sure you can live with it before you commit to buying one. 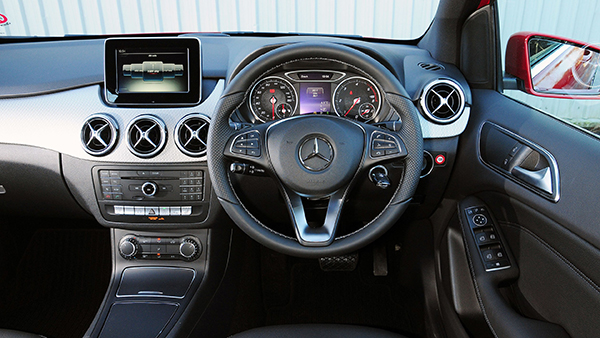 Interior
The B-Class is strictly a five-seater, with no larger seven-seat option, but there’s plenty of room for everyone inside, especially if the three passengers in the back seats are children.

The sliding rear seat adds versatility, and as you’d expect, there’s no shortage of space: 488 litres with the back seats in place and 1,545 litres with them folded down flat.

A height-adjustable boot floor doesn’t increase storage space much, but it improves security by letting you hide things out of sight. The button-heavy dashboard is looking old, but it’s well made and has an infotainment system.

Running costs
All B-Classes need to be serviced every 12 months or 15,500 miles. Services alternate between minor and major, costing £228 and £387 respectively.

However, Mercedes offers plans that allow between one and four services to be paid for either in advance or monthly, with each service £396; full details of plans are on Mercedes’ website. Every two years the brake fluid and pollen filter need replacing (£110 and £35); every three years the air and dust filters must be renewed (£55 and £168). Every four years the automatic gearbox needs fluid and a filter (£503); transmission oil and filter must be replaced every five years, at £370. All engines are chain-driven. 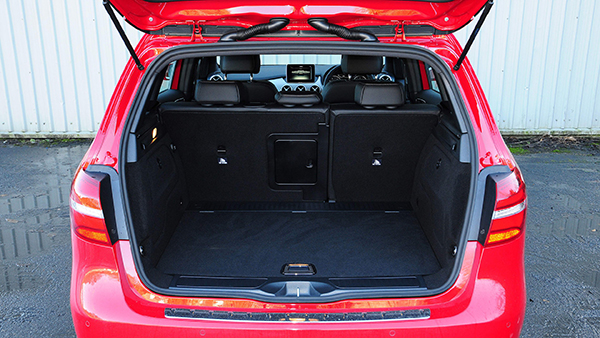 Recalls
A tally of 21 recalls is disappointing, especially as in many cases these campaigns affected several models. Within six months of the B-Class arriving the first recall had been issued (May 2012) because of faults with the car’s automatic transmission.

The rear seat backrest failing led to a recall in July 2013, then in November 2015 a campaign was launched because of engine failures. Over the next four years a steady stream of recalls ensued, because of fuel leaks, insecure back seats, problematic braking systems and faulty airbags.

Other recalls were issued because of faulty air-con systems, faulty adaptive cruise control, automatic transmission software glitches and issues with the headlights being stuck on main beam.

Driver Power owner satisfaction
The only time that the Mk2 B-Class has appeared in a Driver Power new car survey was in 2015, when it came 118th out of 200. Its worst scores were for ride quality (195th) and reliability (187th), while the highest was 73rd for in-car tech, followed by 83rd for running costs, 97th for performance and 99th for practicality. More encouragingly, on Carbuyer.co.uk, owners give the B-Class an average score of 4.1 out of five.