Mercedes-AMG GT R is an absolute beast of a car, particularly when it’s let off the leash on the track. There’s no better out there to tame the 4.0-liter twin-turbo V8 GT R than a couple of Mercedes-AMG Petronas Formula 1 team drivers. For this Beat The Boss YouTube video on the Mercedes-AMG Petronas Formula One Team YouTube channel, Lewis Hamilton and Valtteri Bottas are pitted against Team Principal and CEO Toto Wolff at the Silverstone racing circuit in the UK for some wheel to wheel action.

BEAT THE BOSS | Toto vs. Lewis vs. Valtteri!! By Mercedes-AMG Petronas Formula One Team

It plays out much as expected for the timed laps, despite Wolff showing off the talent that secured him a first-place victory at the 24 Hours Of Le Mans. What makes the video compelling is how much fun they’re all having, and that all three drivers wore microphones so they could talk to each other. At one point, Wolff is making excuses and complains there’s no grip. Hamilton is quick to reply, telling him: “There is grip Toto. You just need to know how to use it.” 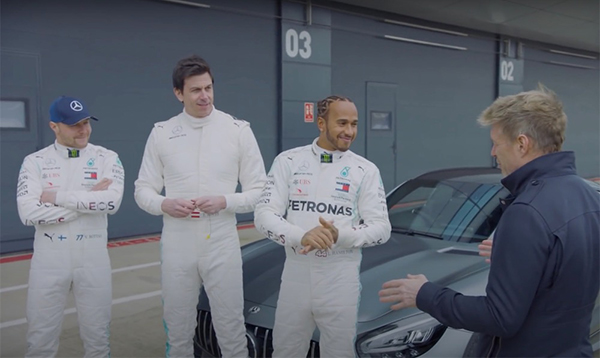 Hamilton dominated the first lap with a time of 1:11.61 seconds. Bottas followed him in at 1:12.78, while Wolff delivered a surprisingly respectable time of 1:13.00. That’s surprisingly respectable because Wolff is retired from racing, yet still only a couple of seconds off Hamilton’s pace. That’s no mean feat when you consider Hamilton to be at the peak of his driving career and in a heated battle to win his seventh F1 championship. 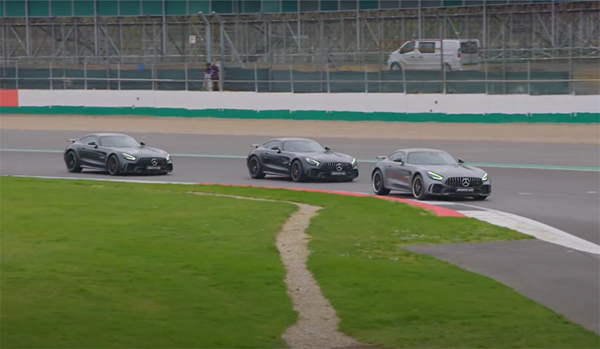 The highlight of the video is the wheel-to-wheel race at the end. The producers use the timed laps as qualifiers, then reverse the grid for Wolff’s benefit. Hamilton and Bottas decide to toy with Wolff, and they all end up having so much fun they decide to go out for some more laps. Hamilton teases Wolff again, saying: “These have to be the deciders, Toto. You need to try and make some of the corners because you missed every single one.”