The classic car magazine Motor Klassik has tested the Mercedes 300 SLR Uhlenhaut Coupe since 2002, which just a few days ago became the most expensive car in history, being sold for a record 135 million euros. Here are the impressions of the Motor Klassik experts from 20 years ago.

The story is absolutely superb. In 2002, on the occasion of the 50th anniversary of the launch of the Mercedes SL, the then editor-in-chief of Motor Klassik, Hans-Jörg Götzl, had the opportunity to drive this unique car.

For 50 years, the combination of the letters SL (sport and light) has been synonymous with extraordinary sports cars. But the most interesting SL model of all has only its name and silhouette in common with its relatives because it was not the sports version of the SL but used the platform and the engine from the W196 racing car.

The story written by Hans-Jorg Gotzl in MotorKlassik almost 20 years ago is very emotional. It is written from the perspective of a schoolboy returning home at lunchtime and having a Mercedes SLR Uhlenhaut Coupe drive past him. 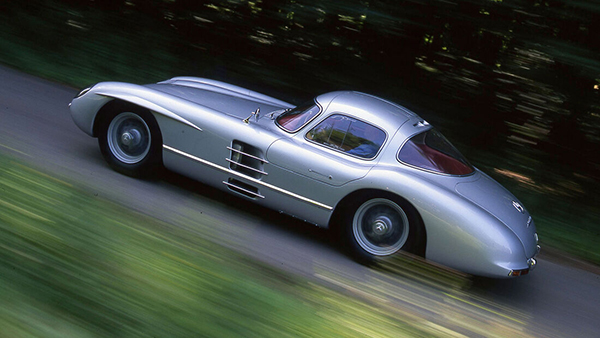 “It was a Mercedes, Dad, it had a star in the radiator grille – and it was silver and incredibly beautiful and incredibly loud.” “Maybe an experimental car, a prototype,” Dad would guess. “No, it looked somehow… older.” His grandfather, who has come especially for dinner, will intervene. “Did the car have an opening in the right side of the hood with a wire mesh in front of it?” he’ll ask with a twinkle in his eye. “I think so, yes.” “And did it have gullwing doors?”. “Yes. And spoked wheels?” “Also.” “And was it very loud?” “Oh, yeah.” Then Grandpa will beam with joy and say, “Honey, it’s hard to believe, but you must have met the Uhlenhaut coupe.”

And the grandfather continue to explain: “Rudolf Uhlenhaut was the head of the testing department at Mercedes-Benz. He was born in 1906 as the son of the Deutsche Bank director in London. Uhlenhaut was a talented engineer and he could drive almost as fast as the best racing drivers.” “And he built this car?” “Two of them, actually, one with a red interior and one with a blue interior.” 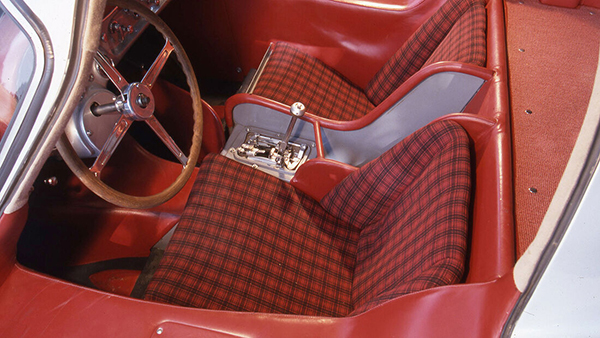 Mercedes 300 SLR Uhlenhaut coupe reaches 130 km/h in less than 7 seconds. Perhaps with a smoother, more controllable clutch it would get up to that speed even faster. And if you maneuver the 5-speed manual gearbox fast enough through the superb crawl, on the highway you can take the speedometer needle to almost 300 km/h. But without earplugs, you’ll go deaf.

Why so extreme? The explanation is simple. The Mercedes 300 SLR Uhlenhaut Coupe is nothing more than a coupe body mounted over the drive train of the W196 Formula 1 car, two headlights, turn signals, and cloth-trimmed seats.

Grandpa explains:
“Before the Second World War Mercedes built incredibly successful racing cars that feared only competition from Auto Union.” “Those were the first Silver Arrows, weren’t they?” the grandson would ask. “Exactly. And after the war, of course, Mercedes wanted to continue that tradition. So they built a sports car first – the 300 SL with the famous gullwing doors. That was in 1952, 50 years ago. But the real goal was to return to Grand Prix racing in 1954. To achieve this, they built a revolutionary racing car, the W 196.” “Didn’t Fangio drive it?” asked the junior. “Indeed,” replied the grandfather, who added that the Mercedes W196 won nine of the 12 races it competed in and Fangio became world champion in 1954 and 1955.