Mark from @madhouseglassingco contacted me to visualize an idea he had in mind, a unique 1968 Mercedes w108 280se Widebody. 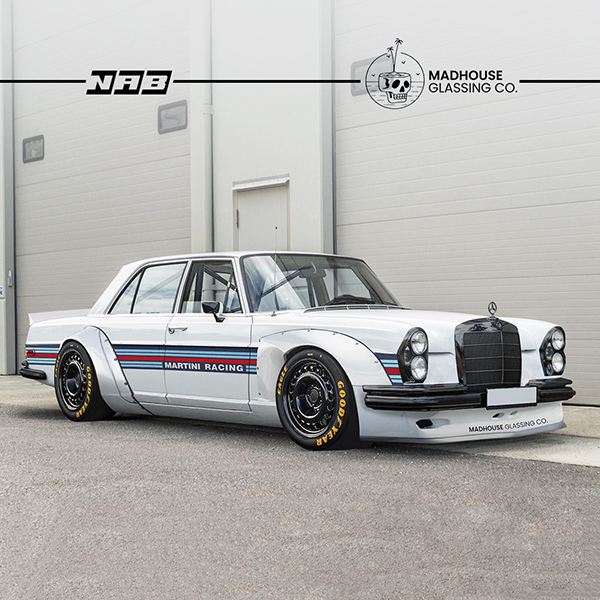 Globalization is a big word – sometimes for the right, other times for the wrong reasons. But as far as the land of automotive imagination is concerned, it usually delivers positive outcomes. Let us quickly grasp the enormity of the situation behind this new digital project we are about to discuss. 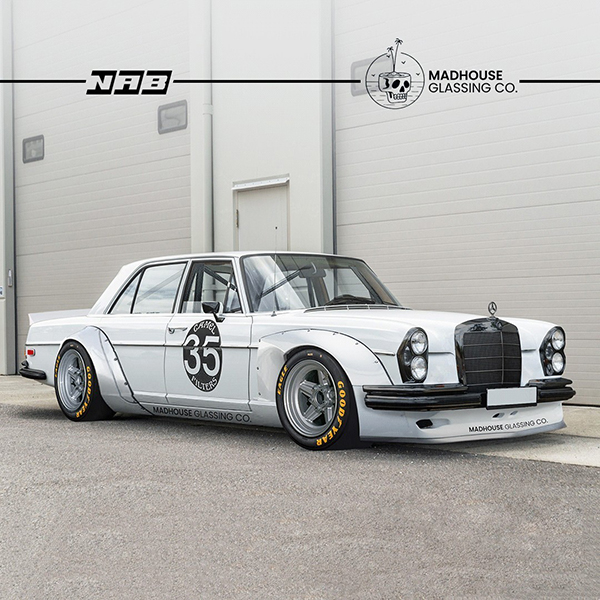 The visualization preview comes courtesy of Nicolas Basilio. He is an Argentina, South America-based virtual artist with a knack for letting his fans choose the CGI customization style. It involves the transformation of a dearly departed, but not forgotten 1968 Mercedes-Benz 280 SE (W108) luxury sedan. A car produced by a premium German automaker. And one that was not only popular at home but also across regions such as North America or Southeast Asia. 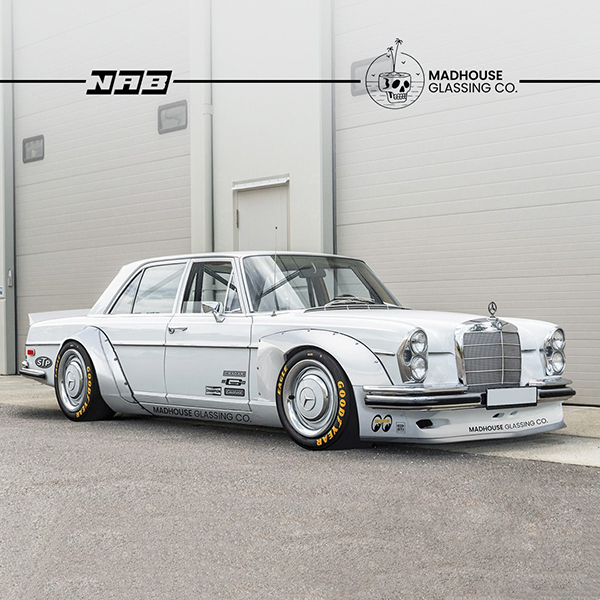 And the outcome, a widebody real-world build, will serve the custom purposes of Madhouse Glassing Co. That is a “modern vintage custom surfboard glassing” shop located in Currumbin, Queensland – Australia. So, this virtual project based on an Old Continent hero was dreamt in Australia and digitally cooked up in South America. Now, that’s globalization. 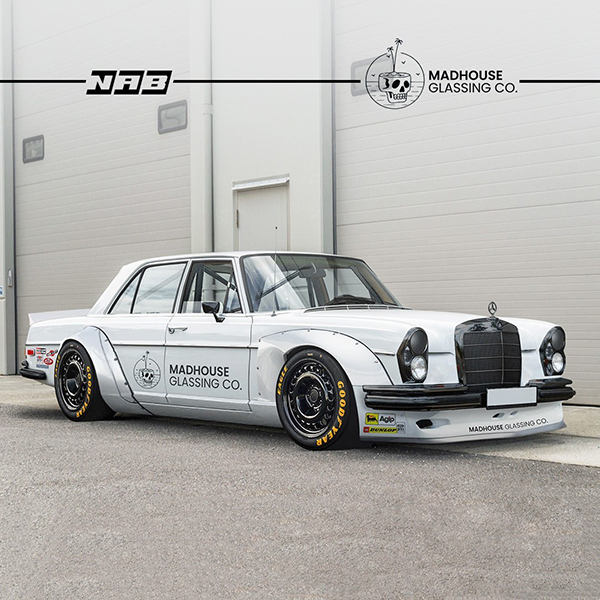 Better yet, everybody – irrespective of one’s location on this great blue marble – can see a variety of proposed outcomes, not just the initial starting point and the eventual widebody outcome. Which is always great, considering the cool liveries. Naturally, the backbone of the build is purposedly kept the same. 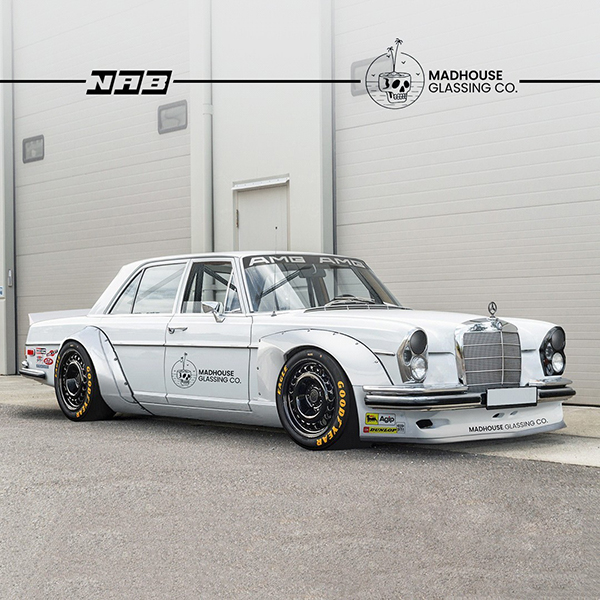 That includes a lowered suspension or a beefy widebody aerodynamic kit with exposed bolts for the humongous fender flares. And there is even a cool new front bumper underskirt to make sure the aggressive stance is doubled by proper racing-inspired panache. The motorsport-like pedigree continues inside, where a full roll cage is quite distinguishable, even though we are only given a traditional front three-quarters POV from outside. 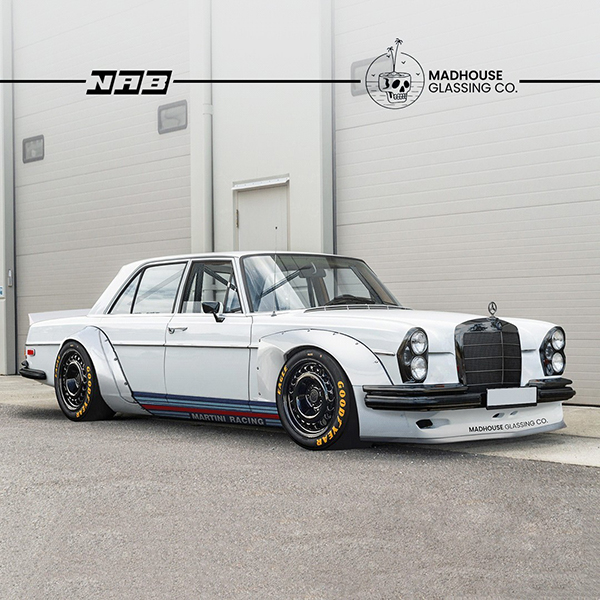 There’s just one thing nagging us: we have no idea if the 280 SE’s old engine will be kept or something feisty will arrive under the hood as well.