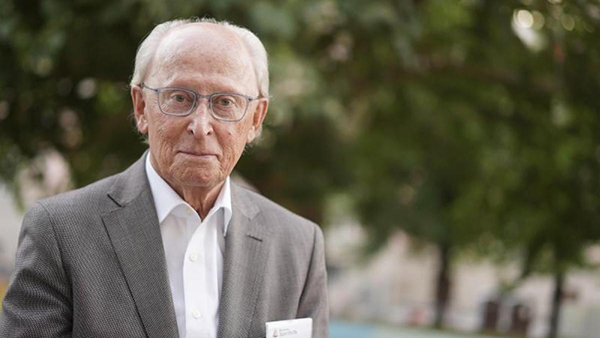 Throughout his career, Hubbert had a turning point when the A-Class overturned in the elch test. But Hubbert managed to solve the problem in only three months and make the A-Class a very safe car. From that moment on, all Mercedes-Benz models had as standard ESP stability control system. This gave a signal throughout the industry and a few years later the ESP system became standard for all cars.

Mr. Mercedes’ nickname is justified because Hubbert worked exclusively for Mercedes-Benz. Born in 1939, Hubbert graduated in engineering from the University of Stuttgart in 10965 and he joyned Daimler-Benz in the same year. In 1987 he became a deputy member of the board of management of Mercedes cars.

Hubbert’s name is also linked to Mercedes’ return to motorsport. In 1988 Mercedes officially became involved in DTM supporting Peter Sauber’s team, and won two titles in 1989 and 1990. Then, Sauber entered F1 with the support of Mercedes but failed to bring Michael Schumacher to the team even though he had been one of Mercedes’ juniors.

Subsequently, with McLaren as a partner, Mercedes won its first F1 GP victory in 1997 in Australia and the following year won the world title.

Ola Källenius, Chairman of the Board of Management of Daimler AG and Mercedes-Benz AG:
“Juergen Hubbert was Mister Mercedes. With integrity, innovative spirit and great success, he shaped Mercedes-Benz forever. Under his responsibility, a historic product offensive was launched with groundbreaking vehicles such as the A- and M-Class. As a leader, he was able to integrate and motivate his teams with a passion for technology and the highest standards for himself. He is forever assured of the appreciation of the entire Mercedes family. In gratitude for his many years of good work, we will honor his memory. On behalf of the entire Board of Management of Daimler AG, I send our condolences to his family and relatives. We mourn a great personality and a great person.”