A few years ago, Brabus tied up with Finnish boat builder Axopar on a line of Brabus-branded marine transport. The Brabus Shadow 800 was the first watercraft out of the collaboration’s drydock, powered by two supercharged Mercury Verado 400R outboard engines able to reach a top speed of 50 knots (58 mph). In the caution of four years ago, Brabus committed to making just 20 examples, each one sold with a special Garmin marine wristwatch as a bonus. Times have changed. Brabus has just revealed its latest boat, the Shadow 900 Deep Blue Signature Edition. This one’s hooked up with two Mercury Marine 450R V8 racing engines, serenading the sea life with 900 horsepower to a top speed of 70 miles per hour. 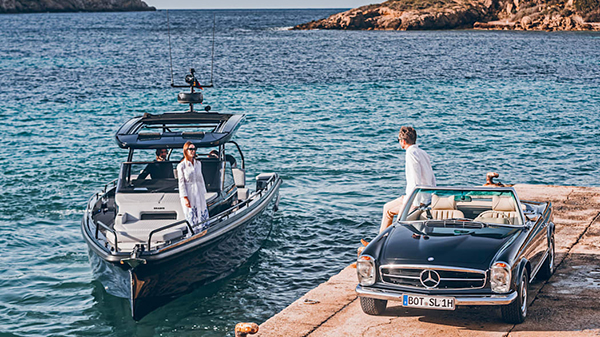 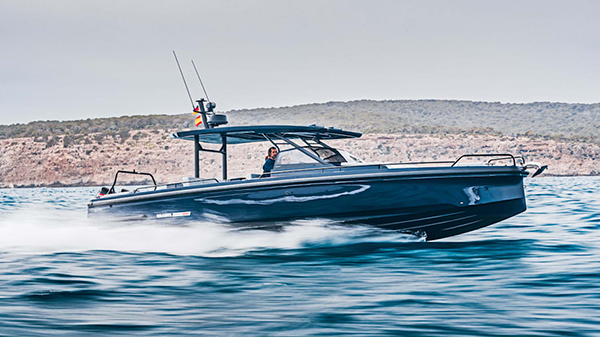 Whereas the Shadow 900 Black-Ops limited edition just before this variant went for hardcore vibes and deep cover, the 38-foot Deep Blue Signature Edition tilts at “ultra-elegance” thanks to a special color scheme with lots of blue carbon fiber in the hull. These pictures don’t do it justice, in fact — photos of an example for sale show just how deep blue the Deep Blue Signature Edition is. It can hold ten passengers when classified in offshore spec, 12 guests in coastal guise. Four configurations from the builder offer fully open aft quarters, an aft wetbar package, a multi-storage console for more watersports equipment, or a queen size bed behind the cockpit. 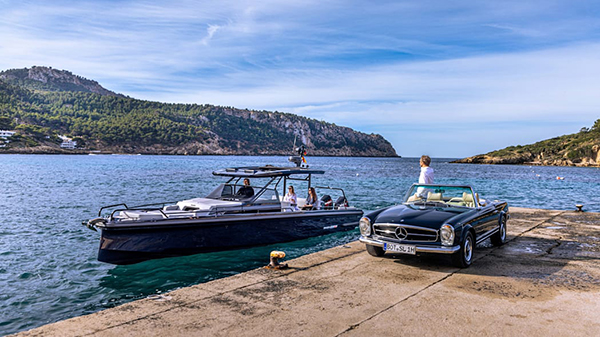 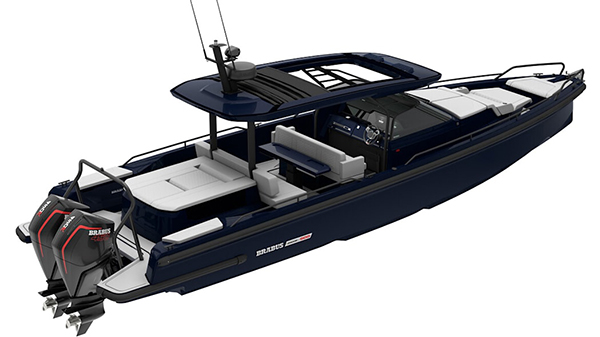 Having moved up from Garmin and partnered with Italian diving watch maker Panerai, each Shadow Deep Blue can be purchased with a limited edition Panerai Submersible S BRABUS Blue Shadow Edition watch. There’s an example of the Shadow 900 Deep Blue day boat for sale now for 660,000 euros ($695,838 U.S.), the watch runs about $51,000. And since you’re going all the way, you might as well add a Brabus 900 sedan to the menu. If you’d rather work your way up to that level of waterborne commitment, Brabus also announced a Shadow 300 Edition One that will save you some money, emphasis on “some.”