At the launch of EQA, Mercedes had announced that the model range will be completed with electric all-wheel drive versions and with a long range version which will offer a range of over 500 km. Now, the versions with electric all-wheel drive and two electric motors can already be ordered. Both have the same battery with a net capacity of 66.5 kWh and the same charging facilities: up to 100 kW at DC and 11 kWh at AC stations. Top speed is also limited at 160 km/h like in case of the EQA 250. 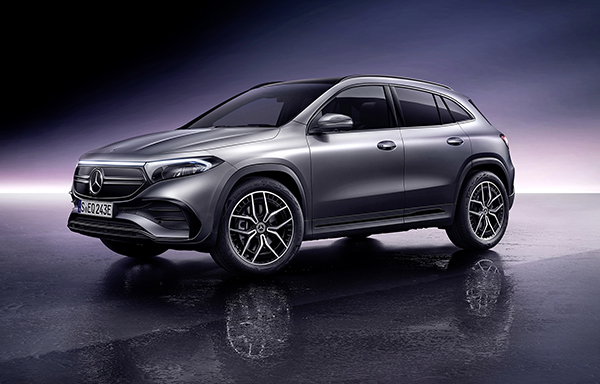 Certainly, the electric motor on the rear axle only works intermittently when traction is lost, thus saving energy. It is a kind of non-permanent but automatically controlled all-wheel drive because the 4Matic versions benefit from the Torque Shiting function which permanently distributes the torque between the front and rear axles.