If you were born in the 1970s or 1980s (or any time period before that), you might remember how station wagons didn’t use to have such a stigma around them. In fact, they were extremely popular across the globe, especially since SUVs weren’t as good as they are today, and sedans couldn’t do as good a job during family vacations.

The 80s were particularly interesting because that’s when most carmakers began making these angular (in terms of design) station wagons, which surprisingly didn’t look that much worse than their four-door counterparts – an issue all too common nowadays.

Premium carmakers such as Mercedes and BMW made some of the best-looking wagons in the mid-to-late 80s. I’m talking about the S124 E-Class and the E34 Touring, respectively.

Personally, I prefer the look of the E34 Bimmer (in wagon form), but we’re here to talk about Mercedes, seeing as how there’s a brand-new E-Class right around the corner, and its Wagon variant might just help wash away all the uninspired designs that came after the S124-generation car.

Let’s run through all the modern-day E-Class Wagons because if there’s one thing we can never have too much of, it’s perspective: 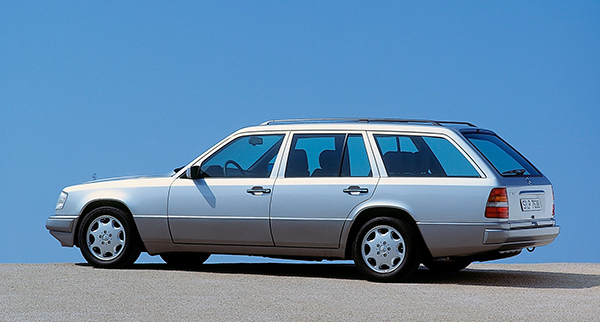 S124 (1985 – 1996)
Hands down, one of the most handsome family cars ever built, whether it’s the S124 wagon (or T-model) or the W124 sedan. By mid-80s standards, this thing was gorgeous, and you would have been hard-pressed to find a better-looking family car, especially if you wanted a station wagon.

It had simple lines, a clean design, and was surprisingly aerodynamic too, for that era. Overall, an elegant machine with a strong reputation for being safe and reliable.

Unfortunately, the S124 also marked the last time Mercedes would build a visually pleasing wagon. To clarify, I’m not saying that all E-Class wagons that followed were ugly. The distinction I’m making is that the S124 looked good even when compared to the W124 sedan, whereas with newer E-Class models, the sedans are clearly much easier on the eyes than the wagons. 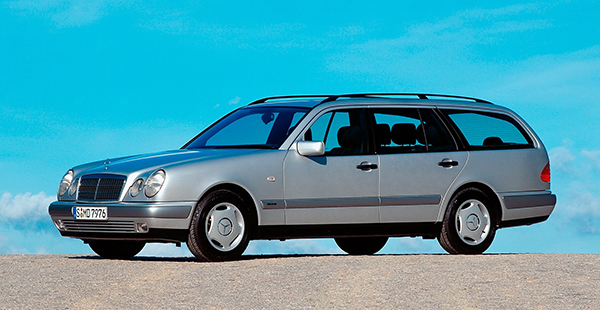 S210 (1997 – 2003)
Commonly referred to as one of the ugliest station wagons ever made, the problem with the S210 wasn’t just that it looked massively cumbersome compared to the W210 sedan version, but in a vacuum too. It literally looks bad from every angle, as if designers somehow got the proportions wrong.

If there’s a list of the 10 ugliest Mercedes-Benz cars in history, the S210 deserves to be on it, together with the R-Class and a bunch of others, but no sense getting into all that now so let’s table this discussion.

After the W210-generation car, things started to get better for the E-Class considerably, which takes us to the W211, or S211 to be precise. 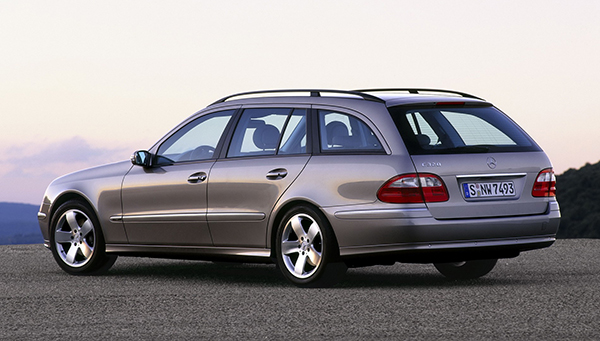 The design is nearly timeless, the interior is possibly the best we’ve ever seen on an E-Class in terms of build quality (that includes newer models), and the ride is sublime. It’s a perfect family vacation car, from a practical standpoint – although nowadays, you can easily argue in favor of an SUV over longer journeys, especially if you don’t know the terrain. 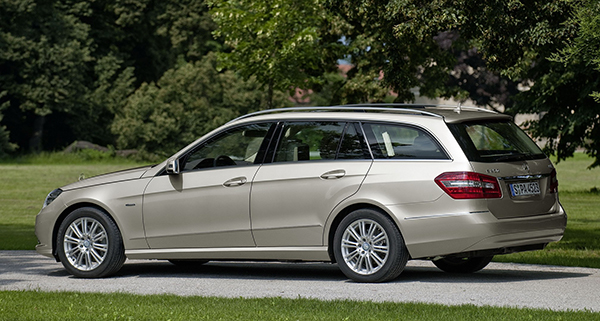 S212 (2009 – 2016)
Not a bad-looking car, the W212/S212-generation E-Class. I liked the pre-facelift version better, though, as it looked more original thanks to those quad headlights. The wagon, however, sort of took a step back in terms of design compared to its predecessor.

Overall, once again, you had a noticeable aesthetic gap between the sedan and the wagon, as the latter was anything but handsome. 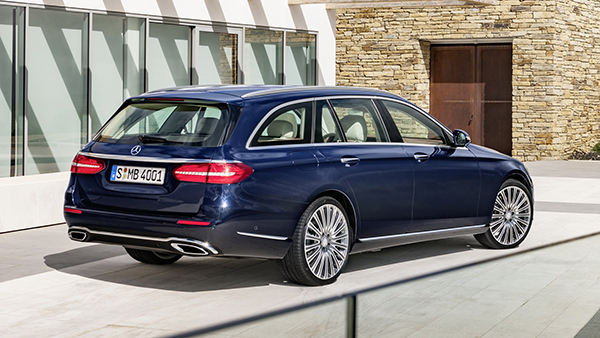 S213 (2017 – Present)
The main problem I have with the latest-generation S213 E-Class is that the design of the rear end doesn’t really match the front end, unlike with previous generations. You can’t just strap on a GLC tailgate to an E-Class and call it a day unless you’re not even trying to fight Audi and Volvo in terms of good-looking wagons.

This brings us to the upcoming all-new 2023 W214/S214 E-Class, which might just win us over with its looks once it breaks cover – most probably at the beginning of next year. 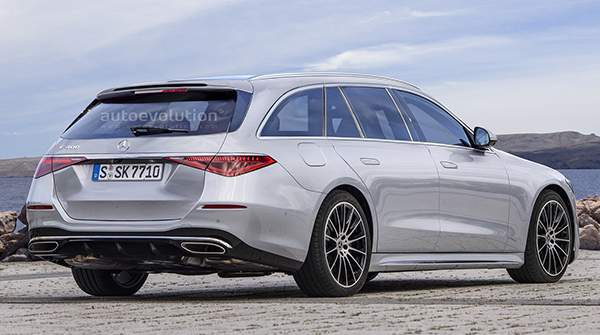 S214 (2023 – Future)
We’re not sure what the S214 E-Class is going to look like exactly, but this rendering by Bernhard Reichel speaks volumes. It takes various design elements, as seen on W214 prototypes, like the clean design, flush door handles, and elegant shoulder line, while adding a tailgate.

I’m not exactly crazy about this rear end, but it’s not horrible either. What I do like is how the shoulder line transitions to the rear pillar. This rendering looks more like a car designed from the get-go to be a station wagon, unlike actual E-Class wagon models like the S213 or the S210.