Under AMG’s direction, this two-door E-Class already came with flared fenders to go with a modified S-Class V8 unit that allowed it to reach speeds of more than 186 mph (300 kph). It was appropriately dubbed “Breitcoupe,” meaning “Wide Coupe”, but it really was just a two-door version of the “Hammer” sedan. Hammer, by the way, coincidentally means the exact same thing in German than it does in English.

Its V8 engine was bored out to 6.0-liters, delivering outputs of 375 hp (380 PS) and 400 lb-ft (542 Nm) of torque. As you can imagine, it was a very expensive car, especially by late 80s standards—it nearly doubled the price of the stock vehicle, which is why AMG built just 12 units in total in this flagship spec. 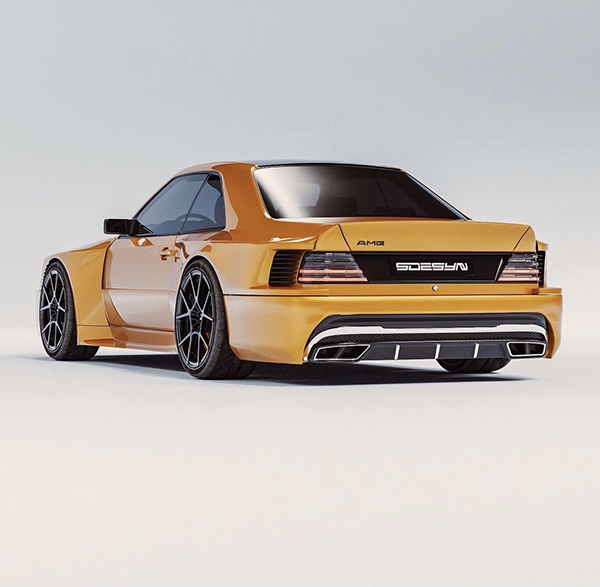 Not many people know that initially, Mercedes didn’t really appreciate AMG swapping out the W124’s 3.0-liter straight-six unit and replacing it with the S-Class’s V8, which is why early cars didn’t even feature Mercedes-Benz badging. Still, they were serious monsters out on the road, hitting 62 mph (100 kph) from a standstill in around 5 seconds. 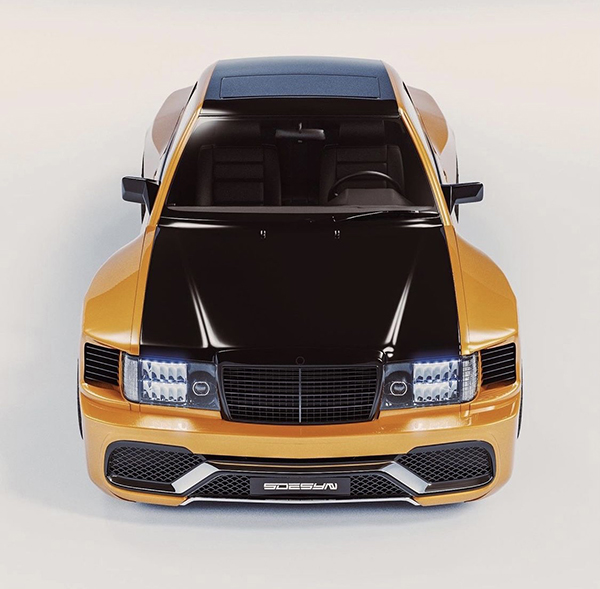 Now, if you’d like an even more extreme take on the so-called Hammer Coupe, check out these renders by Shashank Das, who gave the iconic Benz a restomod-like appearance thanks to a new widebody kit that wouldn’t look out of place in the world of Cyberpunk 2077.

He dubbed his creation the E63 Hammer, and other highlights include the Rotiform KPS wheels with Toyo tires, as well as custom LED headlights and “OEM-ish” taillights. If this car actually existed as a one-off, it would probably cost more than most of today’s modern exotics.