A futuristic speedster that loosely resembles the SLR Stirling Moss but predates it by eight years, this concept car (or research vehicle, as Mercedes likes to call it) was packed with innovations designed to enhance safety and driver dynamics.

The most spectacular of them all was the active camber control system that influenced its name. Using this advanced technology, the car appeared to lean into corners, very much like a winter athlete moves on carving skis.

Depending on the road surface, the system was able to dynamically vary the camber angle on the outer wheels from 0, all the way to 20 degrees, as you can see in the video below posted on YouTube by Nicholas Lester.

Along with a set of bespoke tires that combined two thread designs, it provided 30% more lateral stability than a conventional suspension setup with a fixed camber setting and standard tires, exponentially improving traction as well as cornering stability. 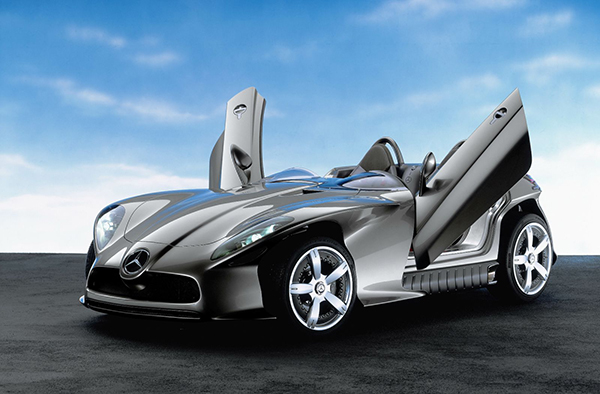 Manufactured by the Italian experts Pirelli specifically for this concept, the custom P-Zero tires helped boost the efficiency of the innovative suspension system by employing asymmetrical threads. When the wheels on the outside of the corner leaned to the side, the car rode on the inner sections of the threads, which featured slightly rounded profiles made from a softer rubber compound designed to maximize high cornering dynamics.

On the other hand, when the F400 Carving was driven in a straight line, the outer portions of the tires were in contact with the road. These far more conventional thread sections were conceived with high-speed and low-noise performance in mind and were based on the standard P Zero design.

According to tests carried out by Mercedes-Benz, the active camber control helped the car achieve a maximum lateral acceleration of 1.28 G, which at the time was around 28% more most of the available production sports cars could attain. 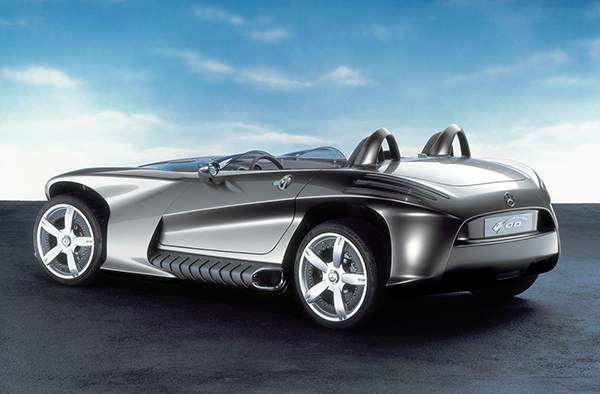 Apart from the substantial increase in cornering performance, the system was also used to improve safety. For example, when skidding was detected, the wheel camber was deliberately increased to assist the Electronic Stability Program (ESP). Thus, during an emergency braking maneuver at around 100 kph (62 mph), it helped reduce the braking distance by a good 5 meters (16.4 feet).

With the F400 Carving, Mercedes-Benz also showcased additional innovations. For instance, the steering and braking systems featured electronic components instead of typical mechanical connections. Called “drive by wire,” this was a novel concept back then, but it has become increasingly widespread throughout the industry twenty years later.

Furthermore, the concept was equipped with a new version of the Active Body Control (ABC), the company’s hydraulic fully active suspension system introduced in 1999, which dynamically adapts both the suspension setup and the damping forces to the driving situation and road surface. This updated version would serve as the base for the second-generation ABC, referred to as ABC Plus or ABC II, that went into production in 2006 on the CL-Class (C216). 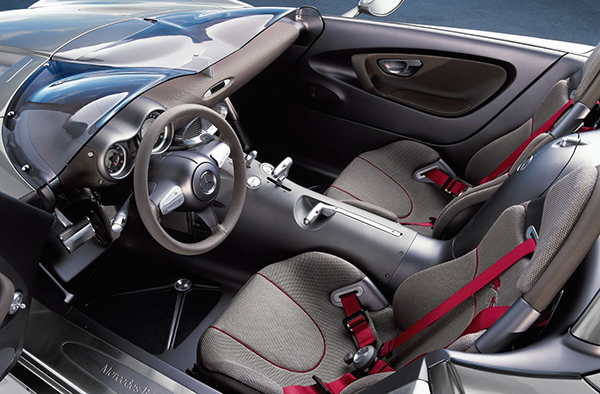 Another interesting feature showcased on this vehicle was a new type of lighting technology that used an additional set of side-mounted headlights to improve visibility through corners. LED turn indicators were fitted, as well as a separate 42-volt onboard electrical system that powered the multitude of electronic features.

All these innovations that eventually made their way into series production or inspired current technologies were housed in a futuristic carbon-fiber-reinforced plastic body designed by Italian coachbuilders Coggiola SpA around a steel, aluminum, and carbon fiber space frame.

Today, the F400 Carving can be admired at the Mercedes-Benz Museum in Stuttgart, Germany. It can be found in the “Fascination of Technology” section, alongside many other iconic concept cars.