Rapper DDG was among those who attended the premiere of Avatar: The Way of Water. And he also got a chance to check out the Mercedes-Benz Vision AVTR concept car and sit in it. 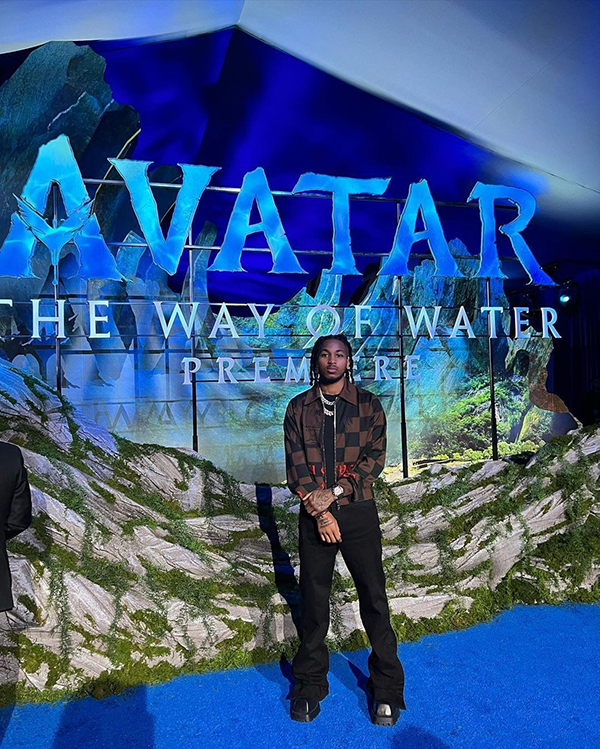 Rapper DDG, whose real name is Darryl Dwayne Granberry Jr., started his career as a YouTuber, slowly moving on to the music industry. But, at only 25 years old, he seems to be doing pretty well because he was among the attendees of the premiere of the second installment in the Avatar franchise, The Way of Water.

He revealed that on social media with a set of pictures, writing, “Went to see Avatar yesterday,” encouraging his followers to “like this picture or i’ll dm and spoil what happened at the end.”

But besides being able to watch the movie ahead of its premiere on Friday, December 16, DDG also got a chance to check out the Mercedes-Benz Vision AVTR concept car in person.

He took a photo next to the futuristic Vision AVTR concept car, which stands for Advanced Vehicle Transformation. It was inspired by the Avatar franchise and also designed in partnership with the movies’ series production team, Lighstorm Entertainment. Mercedes-Benz unveiled it at the 2020 edition of the Consumer Electronics Show.

The interior of the concept car is all about sustainability, as showcased by Mercedes-Benz’s campaign “Earth is our Pandora.” The cabin features sustainable materials such as Dinamica vegan leather produced out of recyclable materials and rattan.

The Vision AVTR isn’t the only car Mercedes-Benz used for its partnership with Avatar. For the blue carpet premiere, the brand brought its EQS SUV as a canvas, pairing it with the digital LED wall that created a visual journey through the waters of the world.

DDG didn’t get to sit in the EQS SUV as well, but he seemed rightfully impressed with the Vision AVTR.