When they unveiled the third generation CLS almost four years ago, Mercedes-Benz decided to ditch the Shooting Brake altogether. They also dropped the AMG CLS 63 variant because, just like its five-door sibling, it would have stepped on the toes of the AMG GT 4-Door lineup. 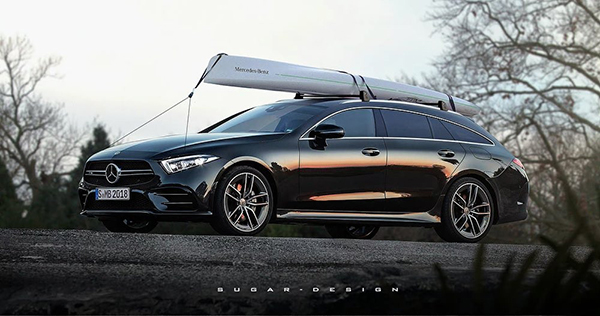 This means that, for the first time, Mercedes has no less than three different executive cars in its portfolio: the CLS, AMG GT 4-Door, and E-Class. The vaster lineup hasn’t stopped some from criticizing the demise of the Shooting Brake and AMG 63 versions of the CLS, and God only knows how many times they were rendered.

The latest digital illustrations come from SugarDesign, who took the normal sedan, or four-door coupe as the automotive industry calls them, turning it into a veritable CLS Shooting Brake; or Mercedes-AMG GT Shooting Brake, according to the Instagram post. The car looks virtually identical to the CLS up to the B pillars, getting a longer roofline, bigger three-quarter windows, and rear overhang that appears to have slightly grown in size. 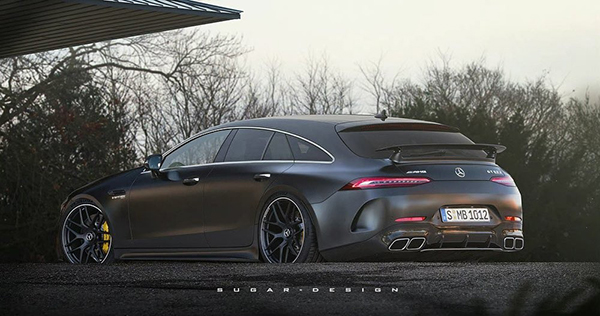 Due to the new shape, the hypothetical CLS Shooting Brake would have had more headroom for those sitting at the back, as well as a bigger trunk capacity. The back end was lifted from the AMG GT 4-Door, and while it looks quite decent, for the most part, we would have dropped the creases in the bumper, and the wing, altogether. The CLS’ diffuser would have looked better than the one of the GT 63 S, and the same goes for those big tailpipes.

Now, it’s obvious that neither Benz nor AMG will expand the family with a CLS Shooting Brake, even though it would’ve been an interesting addition to the lineup, but if they did, would you have considered getting one? Your answer is always important to us, to better work that keyboard in the comments area down below.