Earlier this year, Mercedes unveiled the next-generation C-Class sedan and wagon, though the coupe and convertible were conspicuously absent from the announcement. There have been rumors that the two two-door models would disappear from the Mercedes lineup, though that doesn’t appear to be the case. Spy shots have captured the C-Class Cabriolet for the first time, which means the C-Class lineup will at least have a convertible offering. 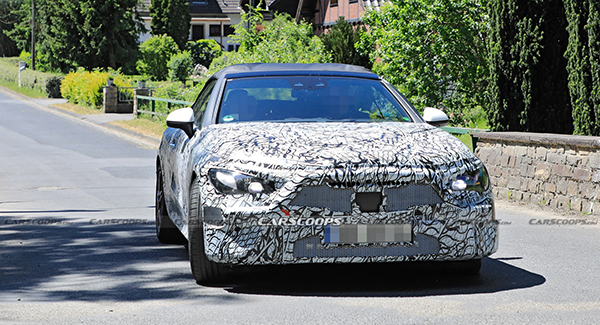 The first pictures of the C-Class Cabriolet have been shot, despite rumors that the variant might not survive the model’s recent update. 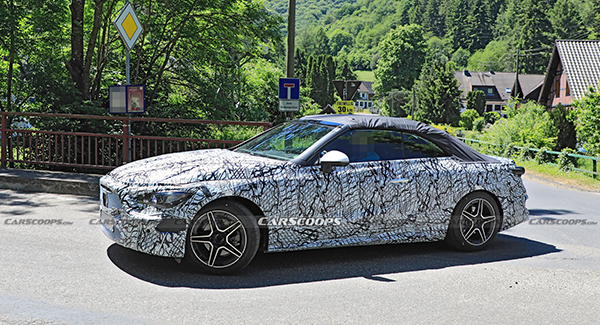 Found driving through the German countryside sporting rooves that are clearly camouflaged, it seems that the new car may have a fabric top, rather than a metal one. Although the shape of the tops is somewhat altered, the shape seen here cuts an attractive figure on this two-door version of the C-Class. 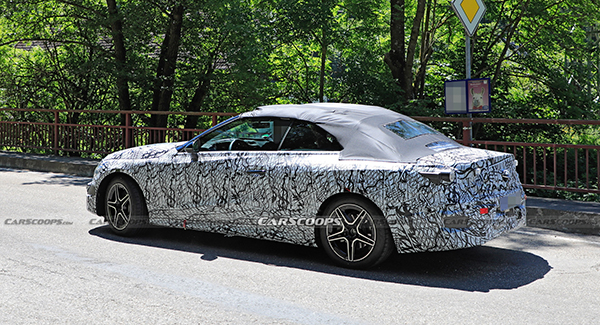 Rumors suggested that the Cabriolet version of the car might not make the leap into the latest generation. Certainly, Americans can stop hoping and starting resenting now because Mercedes-Benz USA CEO Nicholas Speeks confirmed a year ago that the convertible and coupe versions of the car would not return to the US market.

“With the added utility of rear doors and a fully usable back seat, sedans have made two-door models redundant,” he said at the time. “Two-door coupes and convertibles now only appeal to a handful of buyers who find the extra openings offensive. These buyers are slowly moving to sedans or utilities, or aging out of personal vehicles altogether.” 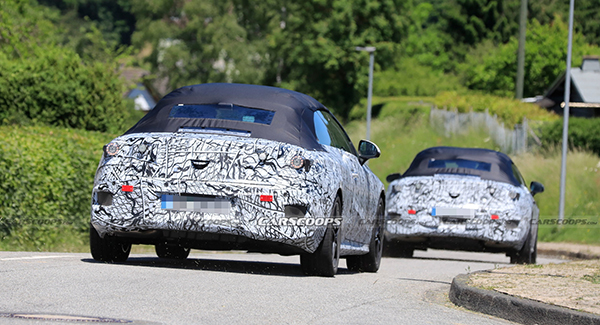 These pictures, though, would suggest that other regions around the world, including, of course, Europe, will get to enjoy the summer months in a convertible, two-door C-Class. It will be interesting to see which other markets, like China, will also get the model.

The latest version of the C-Class was unveiled in February. It ditched all of its 6 and 8 cylinder options in favor of four-cylinder hybrid models, which we would expect here too. With simple, clean exterior lines and an interior that makes it feel like a mini S-Class, the new C-Class will certainly be an attractive model for small premium sedan buyers.

The sedan will go on sale later this year in Europe and in the U.S. in early 2022. No dates have been revealed for the C-Class Cabriolet.