AMG SOLARBEAM YELLOW #C63 BLACK SERIES! Yes I have to scream it, it’s been a dream ever since I saw Clarkson and the Stig tearing the press car up on Top Gear.

Apparently, the 2011 to 2015 Mercedes-Benz C63 AMG Coupé Black Series was never offered to the public in the stunning Solarbeam Yellow paint job the automaker used at the press launch. And it seems the (in)famous shade has remained a darling for the hardcore AMG followers.

So much that Raz Roken Rehan, the well-known host of the Remove Before Race YouTube channel (he is also known as Mr. AMG), has decided a while ago to take some drastic measures against the issue. His dream of one day owning a Solarbeam Yellow C63 AMG Black Series has now become a reality… twice. 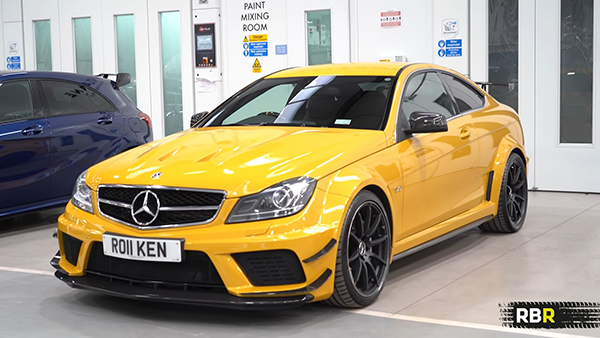 A while ago, he transformed his white C63 Black Series into the launch specification via a traditional vinyl wrap. But color accuracy OCD and some details (red brake calipers that made it a McDonald’s car, in his opinion) led to its return to factory spec.

Now he’s back with a vengeance because he also decided to rework the coupe completely, both on the outside and inside. As such, he decided to go for a paint-to-sample peelable Solarbeam Yellow color swap, and prepared a complete retrim for the interior. 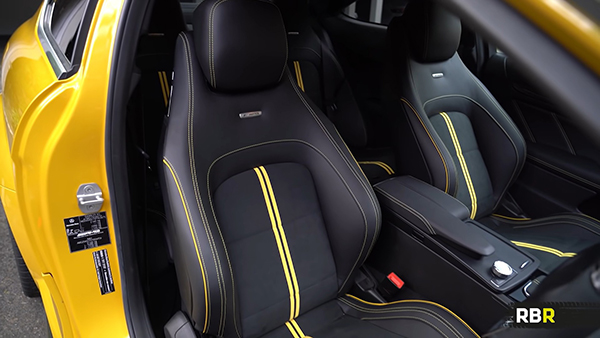 Everything is explained during the special effects’ presentation and from the 5:40 mark, we’re off to the Heathrow-based specialist from Fastlane Paint and Body, one of the official Mercedes-Benz World body shops in the UK. There, we witness the whole exterior transformation with an abundance of details before moving to the company that handled the interior transformation (from the 11-minute mark).

The big unveiling comes from the 15:18 mark, and we can joyously ogle at the stunningly bright details or at the cherry on top (or rather at the four corners)—the new set of carbon fiber wheels copying the contemporary looks of the AMG GT 63 S. Naturally, the new interior also gets its own moment to shine from the 19:45 mark, and it is also a sight to behold.