The X-Class wasn’t the cash cow Mercedes-Benz thought it would be, so they pulled the plug on it for good in 2020, after three years in the market. However, interested parties can still pick up a nice used example, perhaps with an aftermarket touch, like this one that bears Kahn’s signature. 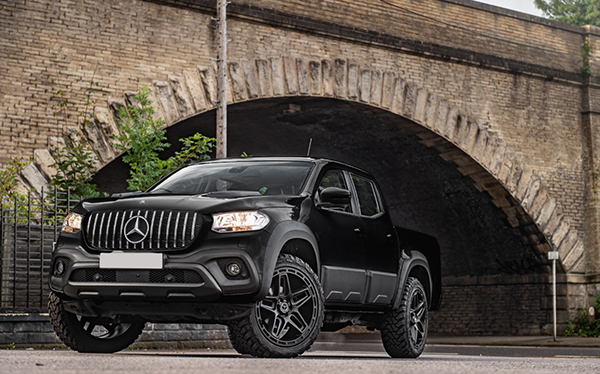 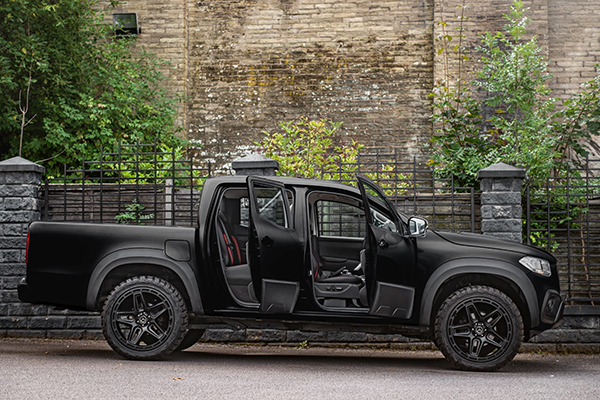 Finished in black, it sports a Panamericana-like grille with vertical slats. This is one of several mods signed by Kahn, with others including the bumper and hood vents, wide wheel arches, and door protective guards. The vehicle rides on 22-inch RS-XF wheels, has rear privacy windows, and can be ordered with an optional hardtop as well, to keep the cargo area safe from prying eyes. 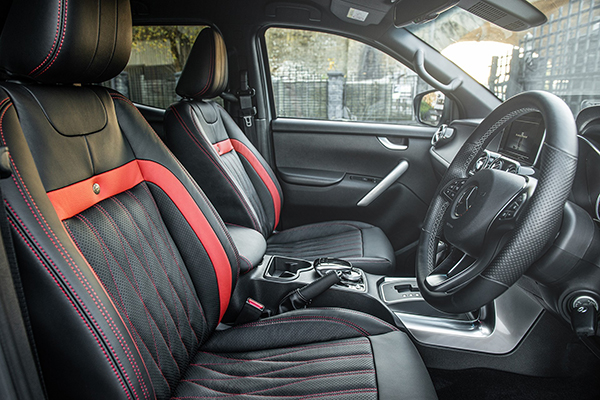 Inside, the tuned X-Class has a black and red theme, with the front and rear seats, center armrest, and other parts reupholstered in leather and bedecked by the Kahn branding. Some of the factory equipment on deck includes the satellite navigation system, DAB radio, trip computer, eight-speaker audio, tire pressure monitoring system, reversing camera, cruise control, and several other features. 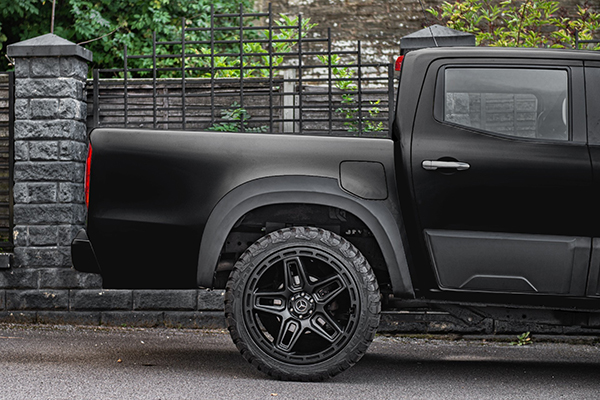 An X-Class 250d specification, this pick up uses the Nissan-sourced turbocharged 2.3-liter four-cylinder diesel engine. The oil burner remains all stock presumably, considering that Kahn didn’t say anything about it in the ad, which means that it still churns out 190 ps (187 hp / 140 kW) and 450 Nm (332 lb-ft) of torque. It is mated to a seven-speed automatic transmission and the brand’s 4Matic all-wheel drive system with torque vectoring for enhanced traction off the beaten path or in poor weather conditions.