Earlier this year, Mercedes unveiled its first factory-offered pop-up camper for the United States – the Metris Weekender. It isn’t available here yet, but for those wanting some Mercedes luxury on their next camping trip, they can look to the Caravan Outfitter Backroad camper van instead. It, too, uses a Metris, but it’s available right now. And it’s cheaper than the Weekender, as well. 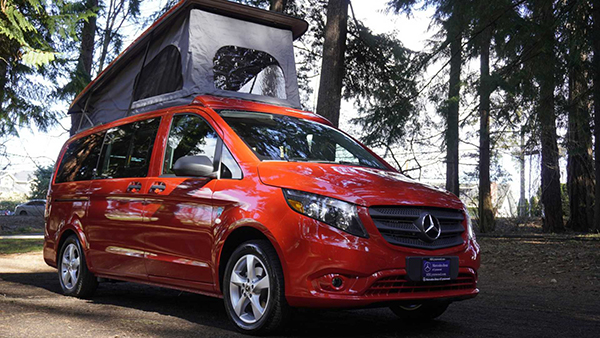 Discovered by our colleagues over at New Atlas, Caravan Outfitters Backroad camper packs a ton of amenities into the van’s tiny footprint. The rear features a Reimo folding three-seat bench, which can fold into a double bed, allowing for up to four people to sleep inside with the other two in the pop-up roof tent. The bench slides back and forth, too. When the bench isn’t a bed, it provides seating for the dinette table, though the front seats don’t swivel as they do in the Weekend – it’s one of the few differences between the two campers. 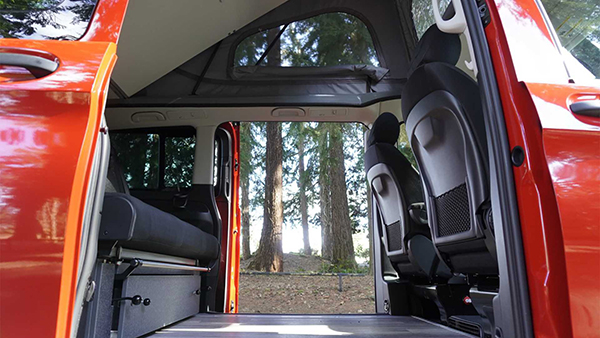 At the rear is the kitchen, which lacks any water system – for now. However, the kitchen does feature a fridge, propane stovetop, and plenty of storage. Caravan Outfitter does plan to offer an optional swing-out sink option. The van also packs a 90-Ah onboard battery that powers the fridge, interior lighting, and the UBS ports. A turbocharged 2.0-liter four-cylinder that makes 208 horsepower (155 kilowatts) powers the Metris, and it pairs with a seven-speed automatic gearbox. 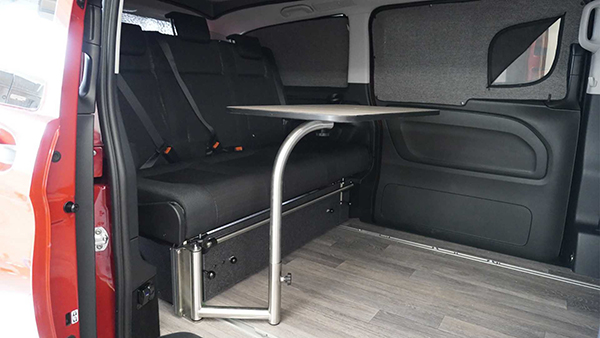 We still don’t know the Metric Weekender price in the US, though it’s estimated to start in the low $70,000 range. The Backroad begins at $67,511, and the $3,400 kitchen jumps that to $70,911, which should still be below the Weekender because the Weekender’s base price doesn’t include a kitchenette. Caravan Outfitter offers a solar roof panel, portable toilet, and awning as optional extras that’ll tick the price higher.