Klassen Luxury are masters in taking already extravagant vehicles to the next level. One of their latest creations, the VIP King Van, is no exception. YouTubers at MercBenzKing go through the van’s paramount features in their latest video.

Starting out, the King Van is based off a 2020 long wheelbase Mercedes Sprinter. Aside from the Klassen logos and 18-inch wheels, it looks like any other unassuming Sprinter from the outside. The King features a six-cylinder diesel engine producing 190 horsepower. Unsurprisingly it’s nothing special as power is a low priority for vehicles like the King Van.

Upon entering the driver’s cabin, the doors open and close with a satisfying thud. Once inside, there are plenty of gadgets at the driver’s disposal, chief among them being a touch screen infotainment system with voice activation that actually works as-advertised. Since the front cabin is mostly sealed off from the passengers, there is an intercom phone to communicate with the vehicle’s occupants. The partition separating the cabin from the occupants can be raised and lowered if needed. 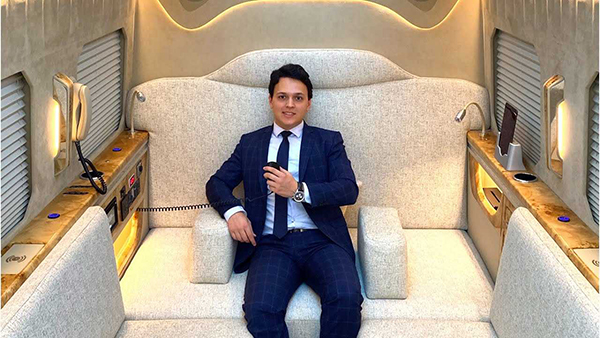 After checking out the front, the video showcases the rear of the van. Despite the modest engine, the client for this van requested AMG exhaust tips to compliment the 190 hp diesel. Also at the back is a rearview backup camera, which is part of the exterior camera package offering the driver a 360-degree view of the vehicle’s surroundings.

Following a brief look at the exterior and the driver’s cabin, we are treated to a look on the inside. Upon opening the automatic sliding door, a footrest is presented to gain easier entry. At first glance the interior appears to be an excellent place to be with ample sitting room and many other features to behold.

The vehicle is equipped with wireless mobile phone charging capabilities and more usb plugs than you will ever need. It also features automatic blinds which cover up heavily tinted glass. While these items may sound quite impressive they don’t hold a candle to the espresso machine that comes out of a countertop in the front of the vehicle. While the VIP King Van is no RV, it sure looks well equipped in making its occupants feel like kings or queens.

Aside from the disappearing espresso machine, what are your favorite features of the King Van? Do you think the vehicle lives up to its name? Let us know in the comments below.