Meet the Unity, coming from famed Canadian Leisure Vans. Unity, as you might have guessed, is the name of a camper van. But to call it a camper van would be an understatement; after all, it’s in the manufacturer’s name. 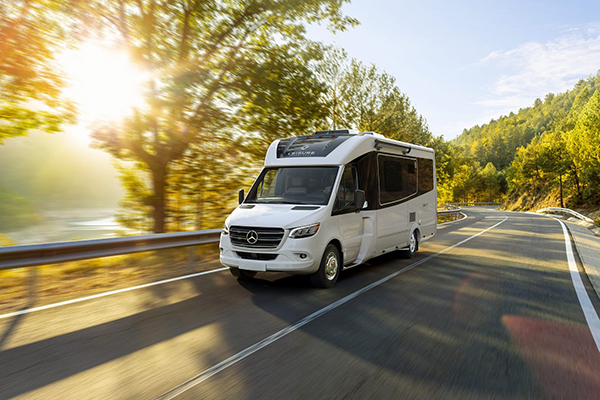 Everything on the Unity is ultimately customizable, from interior to exterior, hubcaps, upholstery, kitchen facilities, bedroom facilities, shower facilities, and anything else you can think of. Everything is open to the customer’s input. Honestly, with a starting price of $140,410, you better have a say in nearly everything. After all, it’s going to be your home away from home.

One thing you don’t have a say in, however, is the base vehicle used for any one of the six available floor plans. By now, I’m sure you’ve had a look in the gallery and noticed the Mercedes-Benz star floating around in the images. True, the base vehicle the Mercedes-Benz Sprinter 3500 with a dual rear wheel chassis and a GVWR of 11,030 lbs (5,003 kg). Sure, it’s a little heavy, but a 3.0-liter V6 Turbo Diesel with 188 HP and 325 lb-ft (440 Nm) of torque should be enough to haul this beast around and anything else you might have inside.

Speaking of the inside, wow! It’s not often you see an interior this well defined in such a small space. Obviously, the photos above are the best way to showcase this company’s knowledge and abilities. 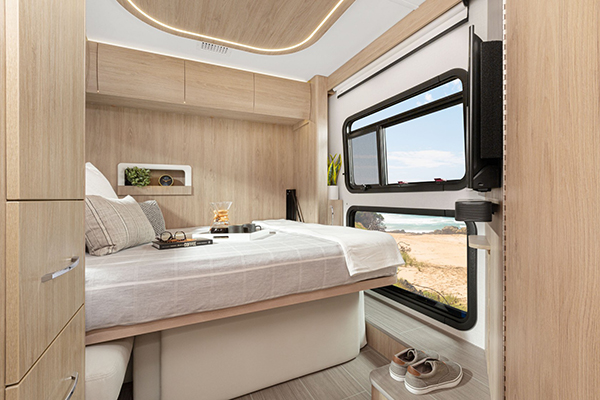 As mentioned earlier, the Unity includes a number of floor plans, each one varying in amenities, placement of said amenities, and even size. For example, only three of the six options include a slide-out dinette, countertop extension, or pass-through exterior storage.

But the rest of the necessities, such as a sink, refrigerator, and cooking top, are all standard. Honestly, for that price, they better be. But that’s not all this van includes. A wide range of systems from electrical, heating and cooling, and plumbing are also found. We also find several safety features, including smoke, LPG, and CO detectors. 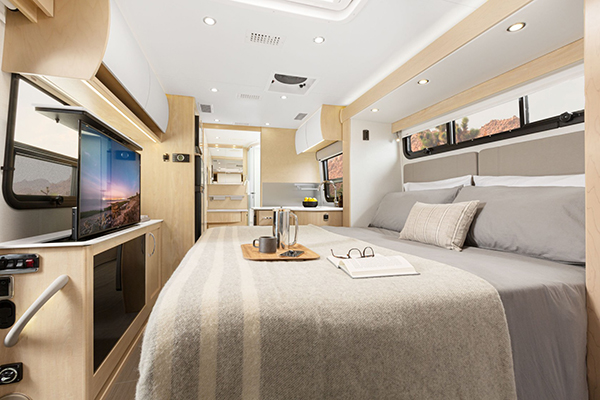 Personally, the one floor plan I enjoy the most is the Island Bed option. Why? Aside from being one of the least expensive, it’s the option that most relates to the interior found in my own home. Other floor plans include twin bedding, corner bedding, and some even a Murphy bed, which can be easily stored during the day to allow for a large living space.

If you’d like to explore a little more of these options, click here and take all the time you need to configure your own luxury camper van. As you do, however, keep an eye on that price tag, and share with us how much your dream configuration would cost you.