At the 1989 Geneva Motor Show Mercedes-Benz presented the SL from the R 129 model series. The confidently stylish, straightforward lines of the slightly wedge-shaped body, the flared wheel arches, the split front spoiler, a very steeply raked windscreen, the skillfully modelled rear and alloy wheels as standard equipment made for an exceptionally harmonious overall effect. With this vehicle the brand hit the bull’s eye: production capacity was soon fully booked. Some customers accepted delivery times of several years. 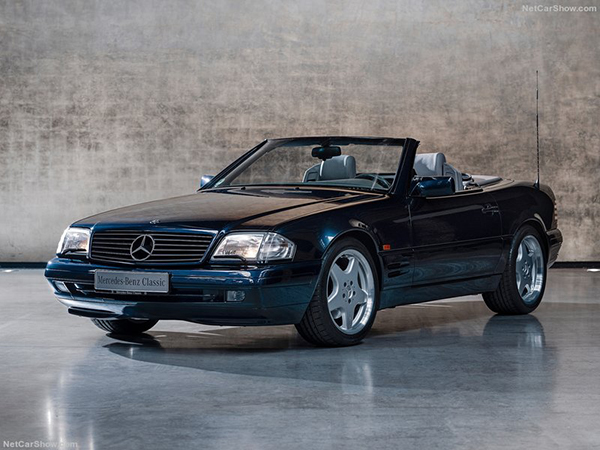 The car set new standards in safety. This was underlined by rigorous Mercedes-Benz crash tests with very good results in frontal and rear impacts at the time. Other integral components of the safety concept were the pop-up roll-over bar, which deployed within a few milliseconds under sensor control in the event of an imminent roll-over, and the integral seats, which could absorb many times the possible forces in the event of a crash. The chassis was tuned to the requirements of an elegant- but-sporty roadster and enabled precise, high-speed driving with a high level of comfort. In autumn 1992, the 600 SL with a twelve-cylinder engine (290 kW/394 hp) took over the top-of-the-range position. 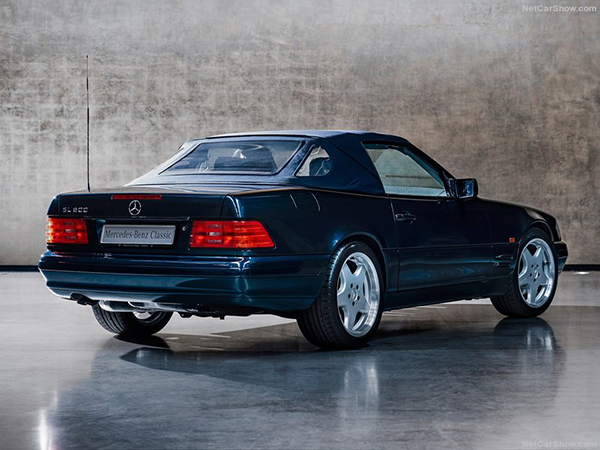 In the summer of 1993, the Stuttgart brand adapted the model designations of its open sports cars to use the nomenclature that is still valid today. Since then, the legendary abbreviation “SL” has preceded the three-digit number that refers to the engine capacity. For example, the 600 SL became the SL 600. 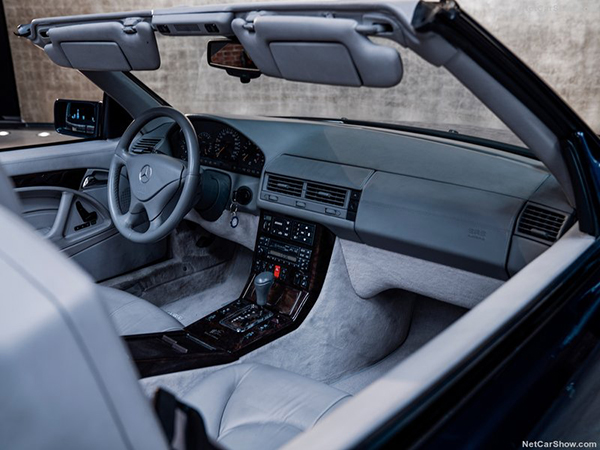 The facelift in autumn 1995 brought a slightly changed body design, a more extensive set of standard equipment and with finer details in its sophisticated technology. A second facelift in 1998 added subtle stylistic touches for an even more dynamic look. It also brought a modified engine range with new six-cylinder V-engines, instead of the previous in-line engines, and with a new V8 engine. The absolute top model of the model series was the SL 73 AMG with 7.3-liter V12 engine and 386 kW (525 hp) which was presented in 1999. 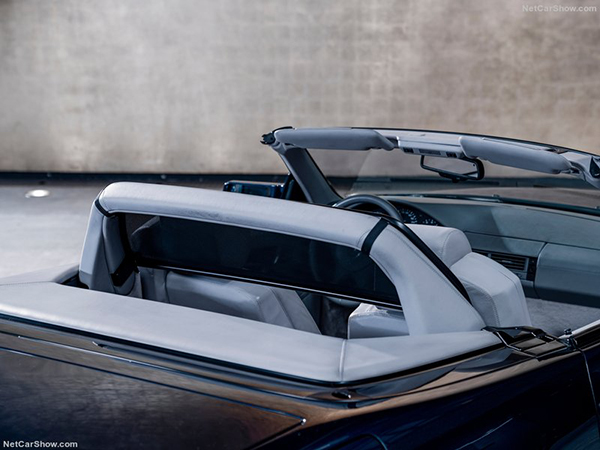 In the summer of 2001, production of the R 129 model series ended after twelve years and a total of 204,940 cars. This meant that the total number of units of this SL generation was lower than that of the predecessor model series R 107. However, in terms of its average annual production, the R 129 was much more successful, with around 16,500 units.