Mercedes-AMG has been tasked with carrying over the SL-Class legacy. A hefty burden, given the long lineage of predecessors stretching to the legendary 1954 Gullwing. So, perhaps it was only logical to first arrive in Roadster form. 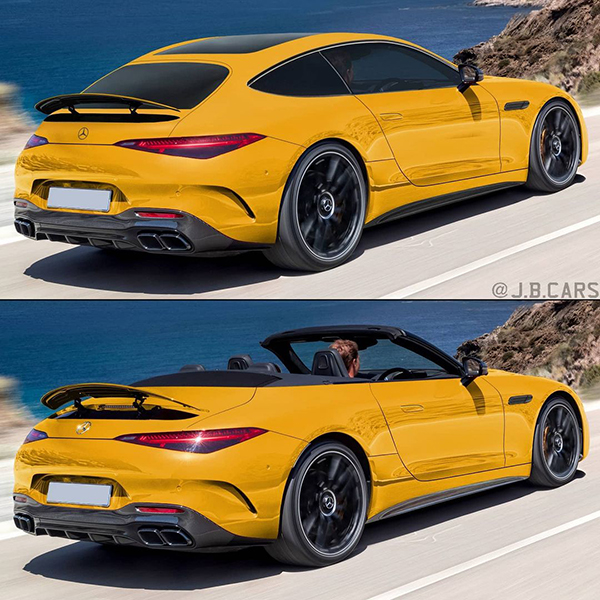 The seventh-generation 2022 SL doesn’t carry the Mercedes-Benz branding anymore. Instead, it’s marketed exclusively under the Mercedes-AMG banner to signal a refocus towards (even higher) performance. In the form of the SL 55 and SL 63 options, complete with 469 or 577 horsepower.

Now, if that doesn’t sound like much in this day and age, remember there’s a four-door GT 63 E Performance plug-in hybrid powertrain just waiting to be swapped. Inside the SL body, it would make for some great 831 hp action against the Porsche 911 Turbo S Cabriolet. But, before that happens, one could also be thinking about possible body derivations, instead. 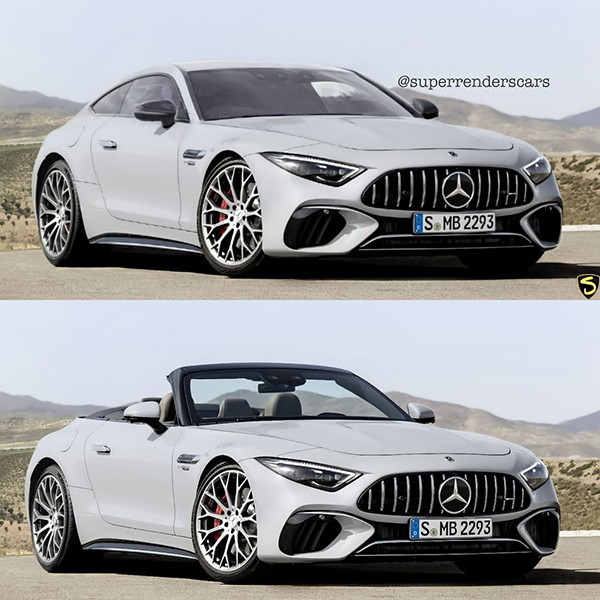 That’s exactly what pixel masters are unofficially cooking up. Because of its iconic status, the AMG SL has immediately turned into a virtual artist’s darling, and the specs have been pouring ever since. Care for a dirt-cheap SL with steelies and plastic bumpers, sure – why not! But come on, everybody wants the other end of the spectrum.

So, while the easiest route is to morph the 2022 AMG SL into the coupe successor of the Gullwing, some are also going for the extremes. More precisely, the CGI expert behind the j.b.cars account on social media has envisioned a Shooting Brake version that would make any Panamera fan green with envy at the more accurate (albeit virtual) proportions.

Still, that’s nowhere near enough to make me dream about such a build. Unless someone decides to combine this with the artsy work of superrenderscars, also giving it a few Black Series cues here and there. Since the SL has turned into an AMG-only affair, it wouldn’t be outrageous to imagine Mercedes might want to expand the flagship treatment to the grand tourer as well… And now, can someone turn this mix and match idea into digital reality, pretty please?