For fans of the Mercedes-Benz brand, the W140 S-Class is one of the best ever and regarded as an over-engineered model, for better or worse. More so on its coupe version, which later became the CL-Class in 1996 to spin-off from the S-Class nomenclature with its two-door body and sportier characteristics. Guess you can say that the Mercedes CL-Class was the less mature version of the flagship model at that time.

But after more than two decades, does the “over-engineered” CL-Class still have what it takes to go flat out on an unrestricted section of the German Autobahn?

TopSpeedGermany aims to test that in its latest upload on YouTube. The exact model in question here is a 1997 Mercedes CL 500 – powered by the popular M119 5.0-liter V8 engine, which is touted as the best power plant that the automaker has ever made. It makes 322 horsepower (240 kilowatts) and 347 pound-feet (470 Newton-meters) of torque. 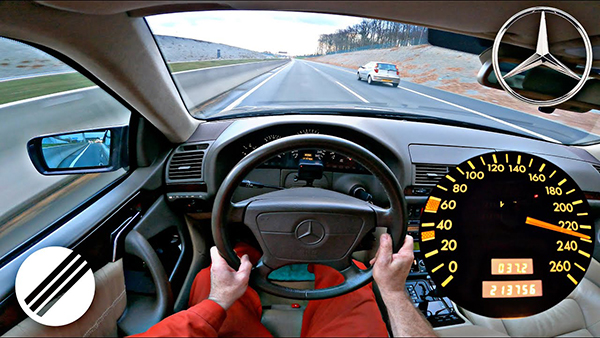 Granted, it wasn’t as glorious and brazen as modern cars that tested their top speed on the Autobahn, but for an old car, it did well. We also noticed that beyond the wind and tire noise, the CL 500 was fairly composed even when reaching its limit.

Do you agree that the W140 is the best generation of CL-Class/S-Class Coupe? Let us know your thoughts in the comments section below.