While it is unclear whether the Mercedes-Benz Vision EQXX will reach the production line or it’ll remain just a concept, the German automaker has confirmed that its solar roof technology will hit the market. 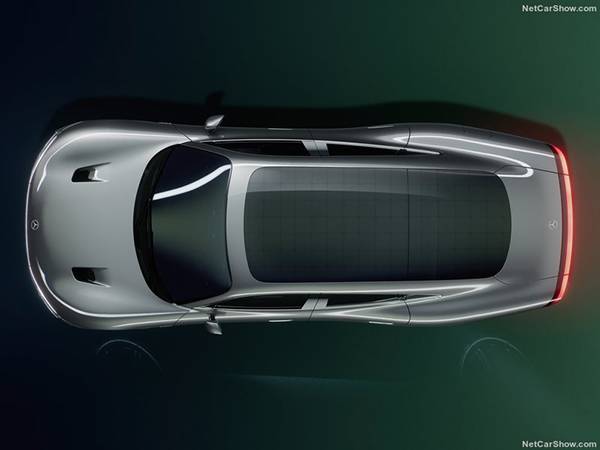 Speaking during the car’s presentation, Mercedes-Benz chief technology officer Markus Schafer said that owners of future EV models from the brand will have the option of solar roofs that will help to boost their range.

Mercedes-Benz claims the solar roof of the Vision EQXX can add up to 15.5 miles (25 km) of range per day. The solar system is also unique because power from the cells is stored in a separate lithium-iron-phosphate battery that supplies power to the climate blower, infotainment, lights, and other systems. This reduces the strain on the high-voltage battery system and boosts the range.

“So, customers probably will have the choice in the future to opt for complete glass roofs uninterrupted, or solar roofs, which are extremely aesthetically attractive, but also the benefit of putting additional energy into the battery,” Schafer told Autoblog. “We work with the German research institute of Fraunhofer… who co-developed with us, solar panels, a very very efficient solar panel roof which we’re putting in our vehicles, and that’s the idea with series vehicles in the future, probably starting 2024 with an increasing number of solar roofs in Mercedes-Benz vehicles.”

There are a handful of vehicles already on the market with solar roofs, such as the Hyundai Sonata Hybrid and European-spec Hyundai Ioniq 5 models.

A number of other technologies from the Vision EQXX should hit the production line. These could include the advanced 900-volt battery pack that has the same 100 kWh capacity as the battery of the EQS 450+ but is 50 per cent smaller and 30 per cent lighter.