Mercedes-Benz and BMW are the perfect example of an arch rivalry in the automotive industry. The two German manufacturers compete in the same race and in most cases are fighting for the same customer group. In a true gentleman fashion though, the two automakers have always kept a special relationship between each other. 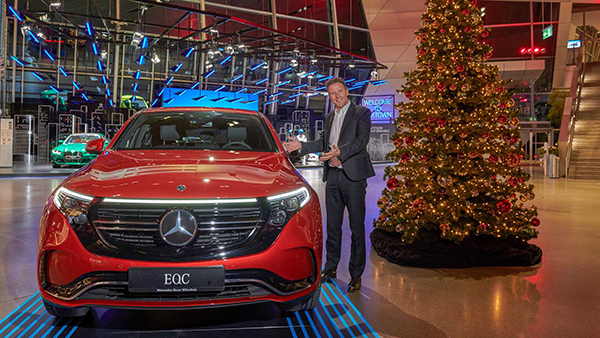 While most of the times either BMW or Mercedes is promoting a new product by cleverly and finely making fun with a similar product offered by the rivaling company, there have been many times in the past where respect is the code. Take for example the retirement of Daimler’s now-former CEO Dieter Zetsche, or the introduction of the new S-Class, both of which were honored with touching videos by BMW. 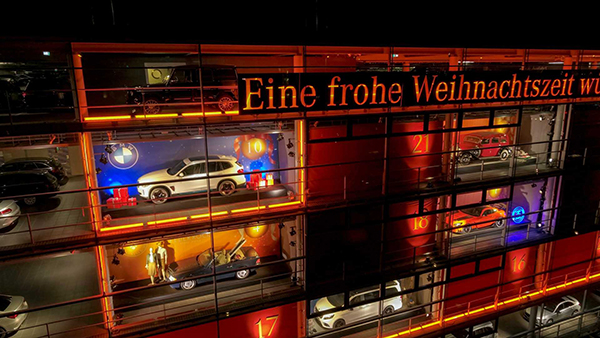 And today, the two premium brands are joining forces to promote a good cause. In support of the “We hold together” campaign, the two marques are displaying each other’s latest electric SUVs to “raise awareness of the local community spirit” and advocate “cohesion, local commitment, and sustainability” in the city of Munich.

For an 18th consecutive year, Mercedes turns its Munich branch into a giant calendar promoting some of the company’s latest models. Behind the tenth “door” of that calendar is the BMW iX3 which sits next to Mercedes’ luxury SUVs and sedans. In return, an all-electric Mercedes-Benz EQC 400 is on display at the BMW Welt museum and showroom. 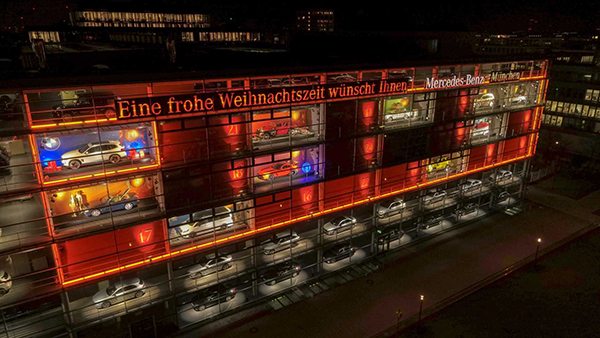 “In the current situation, cohesion is more important than ever. We are therefore delighted that the BMW iX3 has found a place in the Advent calendar of the Mercedes-Benz branch in Munich, and we warmly welcome the Mercedes-Benz EQC 400 as a guest at BMW Welt,” Helmut Käs, head of BMW Welt, comments.

The campaign is proving to be extremely popular on social media with videos and photos of the two brands’ “away appearances” gaining thousands of likes and shares from users around the globe.