The new E 300 e is a great executive saloon that’s loaded with tech. It offers strong enough EV range and good efficiency, but we wouldn’t go for this top-spec trim; AMG Line Edition is better value. Still, the qualities that makes this car so appealing are inherent to all plug-in E-Classes. It’s refined, comfortable, spacious and economical, with quality and tech that’s hard to fault. 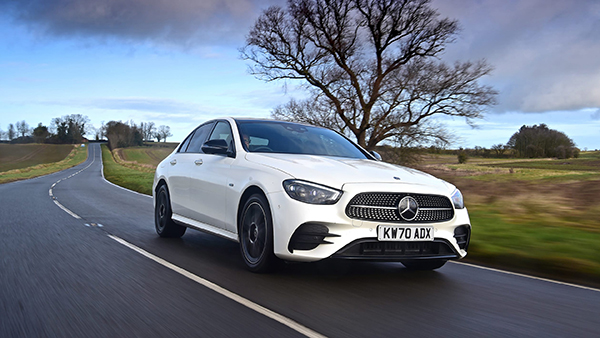 Covid-19 has shuffled back the launch of Mercedes’ new E-Class slightly. We tried it last year in left-hand drive form, but this is our first chance to sample a full UK model, in what will no doubt be a popular engine and trim combo: E 300 e EQ Power AMG Line.

In fact, our car is actually in AMG Line Night Edition Premium Plus trim, a bit of a mouthful that ups the price to £55,040, as well as the equipment tally.

However, the fundamentals remain, which includes the E 300 e’s petrol plug-in hybrid powertrain. This consists of a 208bhp 2.0-litre turbocharged four-cylinder petrol unit working in conjunction with a 13.5kWh lithium-ion battery and a 120bhp electric motor for a combined output of 316bhp.

Mercedes’ work with its plug-ins should be noted, because with a claimed range of 34 miles on electric power alone there’s useful zero-emission capability, even if it might not be quite as significant as smaller models such as the A 250 e. 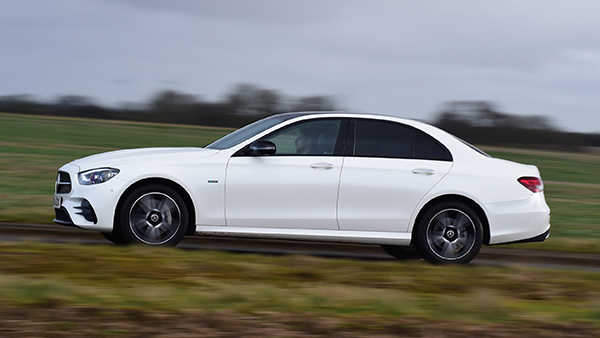 However, with CO2 emissions of 38g/km it does mean that this executive saloon falls into the 12 per cent Benefit-in-Kind company car tax bracket, so even in pricier Night Edition Premium Plus spec, this car will still only cost higher rate taxpayers £2,199 a year as a business vehicle; an equivalent E 220 d comes in at £6,312. So the benefits of plug-in power to business users are evident, but they stretch beyond a simple tax bust.

With 440Nm of torque from the electric motor alone, despite the E 300 e’s 1,990kg kerbweight (a chunk of which is accounted for by the battery) the car is surprisingly urgent to accelerate when you use even only a moderate amount of throttle.

The motor fills in for the turbocharged petrol engine until it’s into its stride, but there’s solid pace to tap into with a relaxing edge, because the combustion engine doesn’t have to work quite as hard. The 0-62mph sprint takes 5.7 seconds.

The flip side is that when the battery is empty the engine does then have to work quite hard, and it’s note becomes coarser as a result. Like with any PHEV, it’s important to plug in as often as you can and maximise the car’s potential; Mercedes claims an official target of up to 176.6mpg.

The nine-speed automatic gearbox is super smooth in normal use, the only slight blot on the copybook being when the battery is close to empty, where the powertrain is just a little jerky switching between power sources.

It’s business as usual when it comes to ride and handling – the extra weight of the PHEV sometimes compromises the ride over lumps and bumps the dampers struggling to control the car’s mass as it moves around, while the steering is nicer and less resistive than a BMW 5 Series’, even if the E-Class doesn’t quite boast the same level of agility. It’s refined, mostly comfortable and acquits itself well though.

What is new – and takes some getting used to – is the steering wheel and its touch-sensitive controls. The wheel’s four ‘spokes’ now house the different inputs for basic functions such as the volume, cruise control and the settings to customise the layout of the digital dash and move around the system.

You now swipe and scroll, with the panels offering haptic feedback. It’s a departure even from Mercedes’ touch pads on the previous E-Class, and will take some getting used to for some, but at least the system it controls is as good as ever. 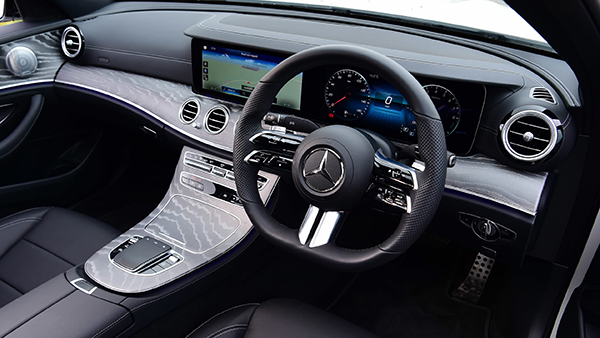 Merc’s MBUX infotainment is on par with the best systems in the class, featuring lovely, sharp graphics, quick responses to your inputs and plenty of tech – including features specific to the PHEV here, such as charging points in the nav and other energy displays. The touchpad input and touchscreen mean it’s easy to navigate, thanks also to the logical menu layout. 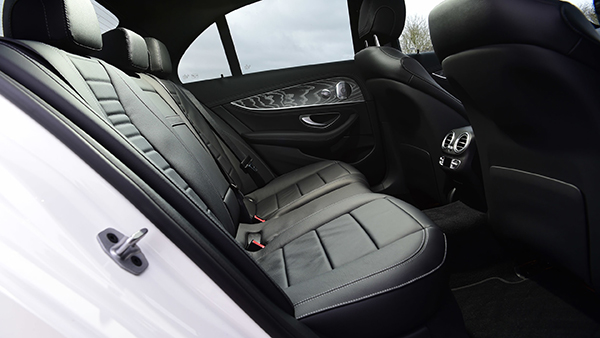 But while this top-spec trim level gets plenty of premium kit, we can’t help but feel that AMG Line Edition gets the key level of equipment you’d want, but at £46,230 represents much better value for money.

Both cars take the same one hour and 30 minutes to change from a wallbox thanks to a 7.2kW on-board charger, or five hours from a three-pin plug.

However, as a result of the car’s battery boot space does take a hit, cut from 540 litres in standard petrol and diesel models to just 370 litres in this PHEV – 10 litres less than some family hatchbacks.