Mercedes has introduced a spectacular concept that gives us an idea of what a full-electric Mercedes-AMG might look like in the future. It is built on the future AMG.EA platform. 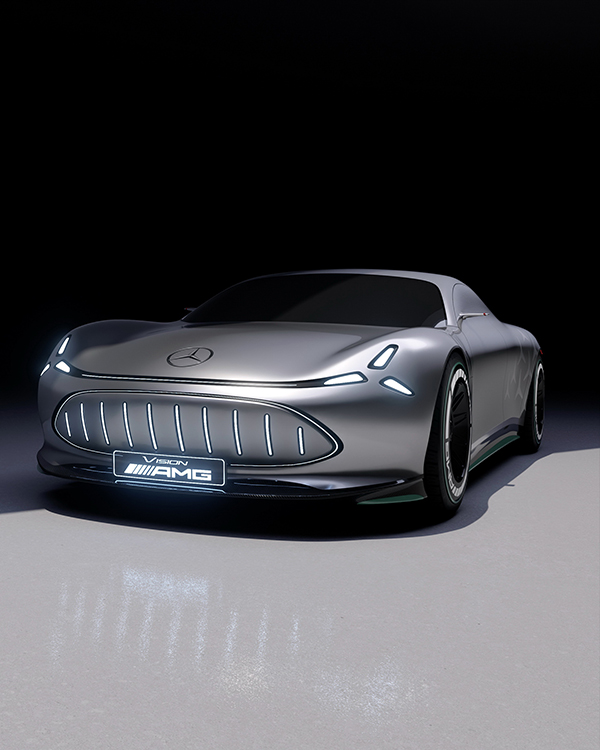 Mercedes-Benz is keeping itself (and us) busy today as right after announcing plans to heavily invest and focus on high-end models, the German brand introduced the Vision AMG concept that gives us a futuristic glimpse of an upcoming high-performance electric sedan.

The study is based around Merc’s dedicated AMG.EA architecture for all-electric AMG models that is currently under development with the first production car to arrive in the market in 2025. 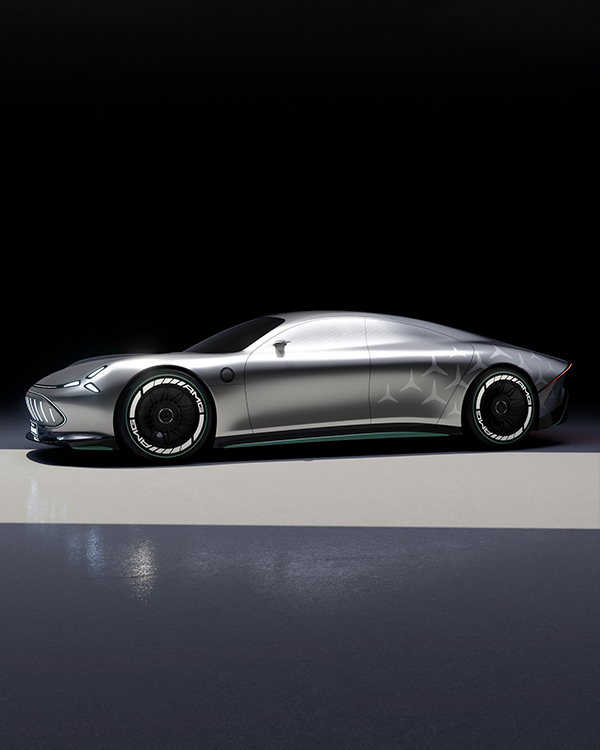 “The Vision AMG shows in spectacular style what electrification could look like at Mercedes-AMG while staying true to the brand aesthetic,” said Philipp Schiemer CEO of Mercedes-AMG. “The study’s extreme proportions create fascination and passion for performance – that’s what AMG is all about.”

Still leaning heavily towards the concept side of the “concept car” equation, Autocar reports that AMG actually intends to put the car (or a derivative of it) into production with four pillarless doors and a hatchback-style door at the back, in order to make it a proper grand tourer. The tailpipe-style brake lights could also actually make it into production. 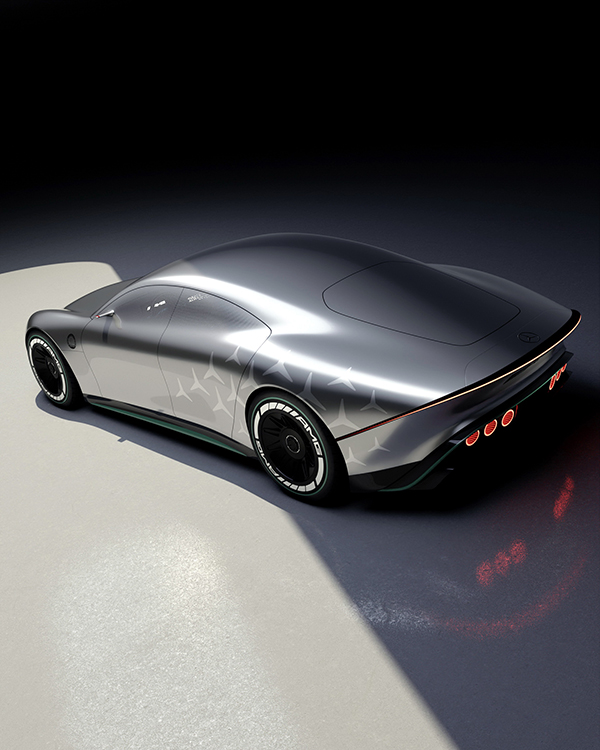 With four doors and plenty of space for passengers, the Vision AMG may turn out to be both a raucous performer and a sensible daily driver. But whatever it is, it won’t be small.

At 5,100mm (200.7 inches) in length, the concept is a bit longer than a Mercedes-AMG GT 4Matic 4-Door and 147mm (5.7-inches) longer than a Porsche Taycan. That size is important because it will allow for both the ample interior volume and a sizeable battery pack contained under the floor, between the axles while still sitting considerably lower than the EQS. 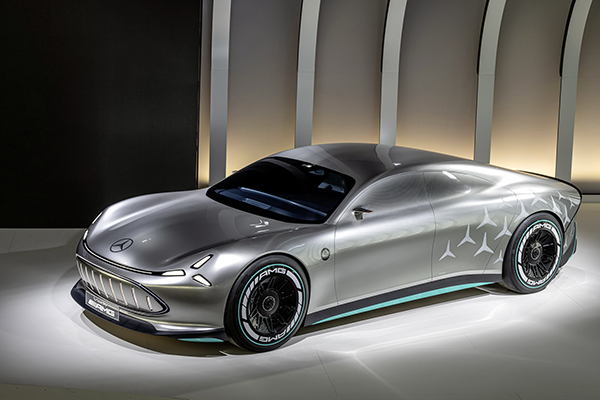 That low ride height gives the Vision AMG a few aerodynamic advantages. Even Mercedes-AMG admits that the teardrop shape makes it look a lot like the Vision EQXX and just like that car, this one will get active aero, though it may sometimes be more focused on downforce than slipperiness.

It also gets wide wheel arches, though, and those are pure motorsport, as is the paint scheme. Finished in Alubeam silver with drifting three-point stars, it was inspired by Mercedes’ Formula 1 cars. The 22-inch wheels with aero cladding, meanwhile, are vaguely reminiscent of those seen on the Project ONE. 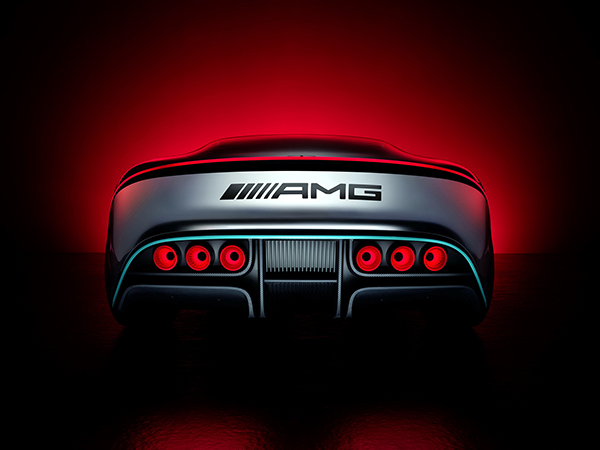 The automaker has yet to reveal ranges or power figures for the Vision AMG and it’s hard to make any educated guesses because it says that it’s making this drivetrain wholly from scratch. Not only will the AMG.EA platform be new, so will the dedicated high-performance high-voltage battery, and the drive technology. That is being built in concert with YASA, a company Mercedes recently bought that has been working on axial flux motors, which offer up to 30 percent more torque density than conventional radial motors.

After the Vision AMG, the automaker says it will build more vehicles on the AMG.EA. “We don’t develop new platforms for just one model,” Robert Lešnik, head of Mercedes-Benz exterior design told Autocar. Although it’s not sharing specifics about what the future holds, it does at least say that there will be more AMG-specific electric models that share something in common with this one to come.