Mercedes-AMG will offer a new entry-level version of the GT 4-Door Coupe, called the GT43. Like the now-midpack GT53, the GT43 4-Door Coupe will boast a turbocharged, 3.0-liter inline-six mated to Mercedes’ EQ Boost mild-hybrid setup. 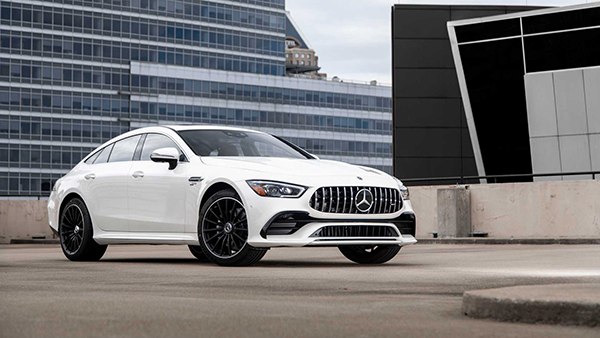 Starting at $89,900 before destination, the 2021 GT43 4-Door Coupe is $10,050 cheaper than the 2020 GT53. However, it’s nearly $20,000 more expensive than the equally powerful, similarly styled CLS450 4Matic (and about $8,000 more than the AMG-badged CLS53), meaning it occupies an odd space in Mercedes’ lineup. Thanks to its handbuilt AMG status, the GT43 might be the choice for a more discerning kind of customer, but still, we have a hard time imagining someone who’s too picky for a regular Benz but still doesn’t want to pony up for a GT53 or GT63. 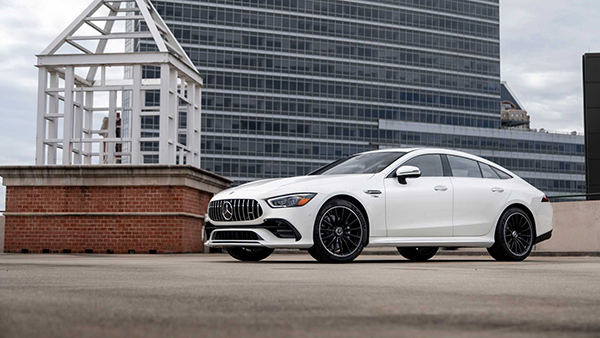 That said, the 4-Door Coupe (which is actually a five-door hatchback) does offer extra space for all four passengers than the CLS. What’s more, the GT is more responsive in the handling and performance department, developed by AMG for added aggression relative to other Mercedes four-doors. 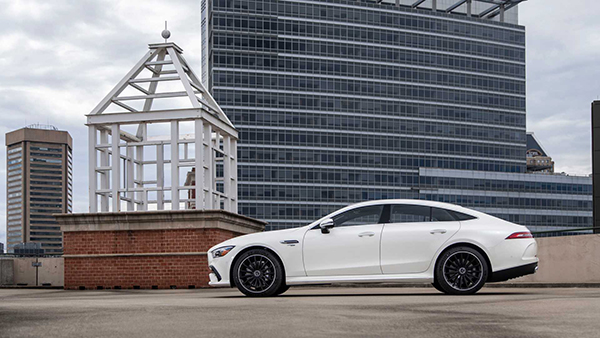 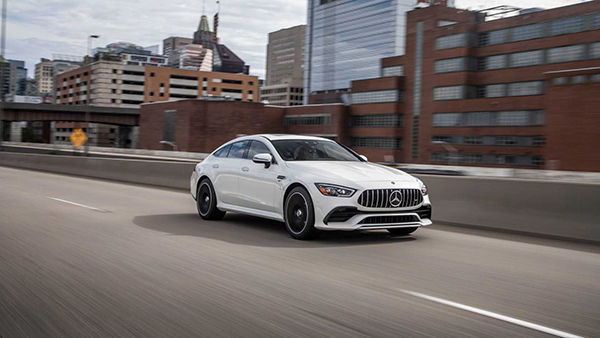 Like the GT53, the base hatchback routes its power to an AMG-tuned 4Matic+ system via a nine-speed AMG Speedshift automatic transmission, geared more toward performance than Benz’s other nine-speeds. 4Matic+ also offers variable torque distribution, helping improve power delivery on corner exits and maximize traction in slippery conditions. 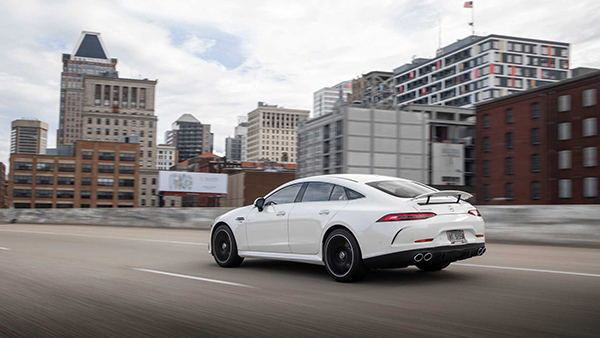 The division’s novel AMG Ride Control suspension is standard on the GT43 4-Door Coupe, as it is on the more powerful GT53. If the suspension works as well here as it does in other AMG products, its adaptive dampers and air springs will provide both nippy handling and a smooth ride, selectable by the driver at the touch of a button. Six-piston front brake calipers improve performance further. 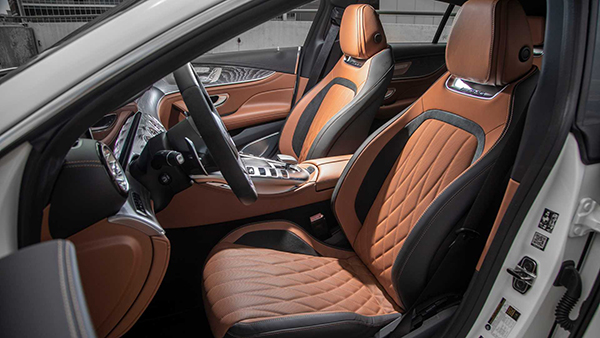 Modern Luxury
2021 brings a few interior changes as well, including the implementation of Mercedes-Benz User Experience infotainment across the board. All 2021 4-Door Coupes, including the GT43, will get MBUX as standard, replacing the dated COMAND interface with one that offers a touchscreen, trackpad, and steering wheel controls for easier operation by both driver and passenger. Like the recently refreshed E-Class, MBUX also brings the relatively responsive “Hey Mercedes” voice functionality to the GT hatchback. A Burmester sound system comes standard on the GT43.

The 2021 Mercedes-AMG GT43 4-Door Coupe arrives in U.S. dealers by the end of this year, giving customers a less expensive entry into the AMG GT family.