With the van life current sweeping over numerous places around the world, it’s only natural that a lot of folks would also turn up the DIY magic. In other words, why spend a fortune on a brand-new campervan when you convert something into one for much less. Countless creative projects have proved that you can turn just about anything into a functional, cozy van that’s ready for the off-grid life. 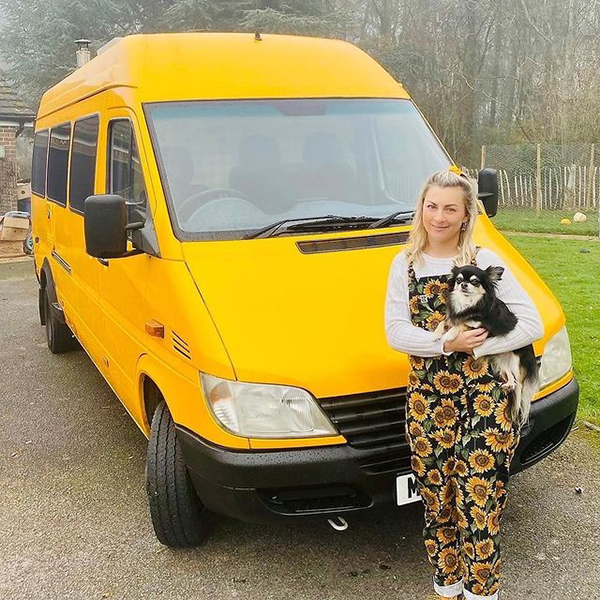 2020, the year when the global health crisis started to change everything, became an opportunity for many people to work on things that they had previously dreamed about. A lot of them wanted to get a taste of real freedom, so they found ways to hit the road or the sea. For 28-year-old Annabelle Tripp, from Hampshire, UK, the “weapon” of choice was an old Mercedes minibus, which she turned into a striking campervan with a bright sunflower theme. 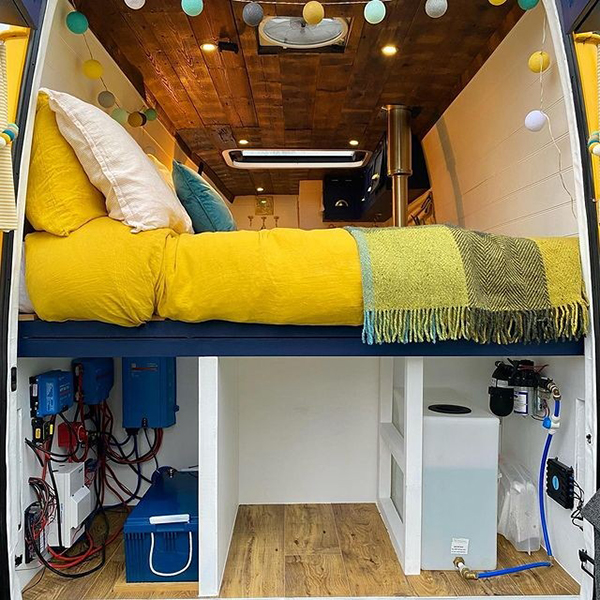 She was inspired by other people who had done the same, and both her father and her boyfriend helped with the conversion process. The Sun reports how choosing a minibus had advantages, as well as disadvantages. On the one hand, it was great that it already had windows, but on the other hand, the removal of the seats and tracks was one of the most difficult parts of the whole process. 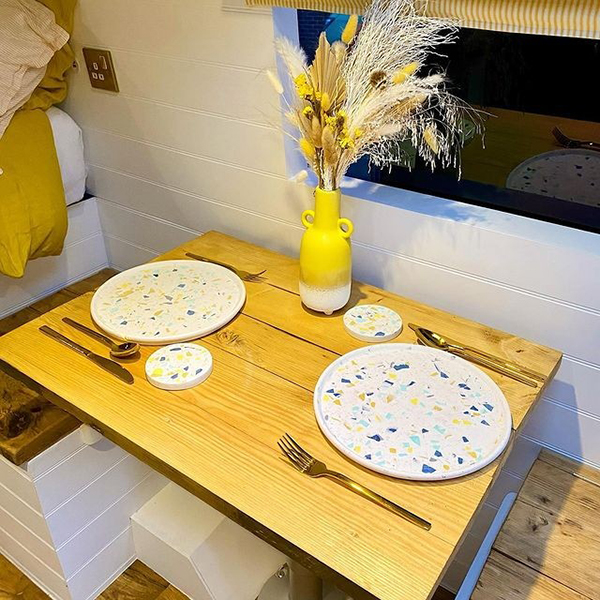 Annabelle wanted her van to be as sustainable as possible, so she used reclaimed wood extensively. In addition to that, recycled plastic bottles were used not just for insulation but even for the pillows. The most expensive part was the electric one because the young owner felt that it was important that all the electric parts were of great quality. Even so, the entire process, including the vehicle’s initial price, added up to almost $27,000 (£20,000). 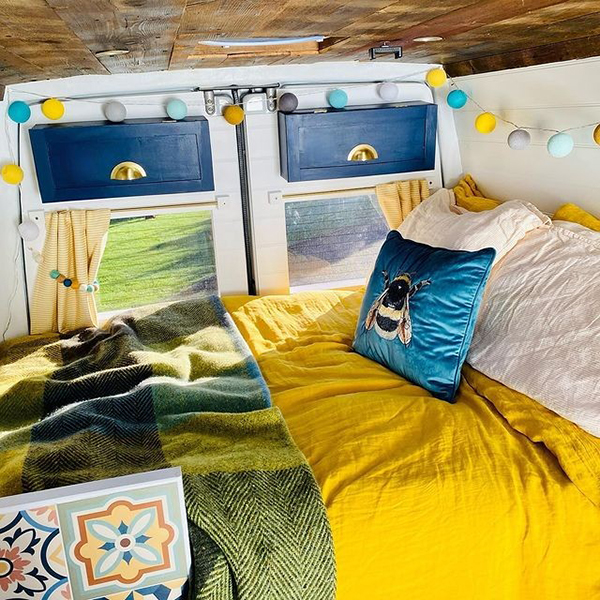 Not only eco-conscious, but Annabelle’s campervan is also a head-turner with its striking yellow design, and a bold interior with lots of deep blue and yellow. Just as she was inspired by other van conversions, her Mercedes minibus turned campervan will most likely encourage others to do the same.