A British dealer in Surrey County is selling a Mercedes SL 60 AMG that belonged to the Sultan of Brunei. The exclusivity comes from the fact that the car has 400 HP and not 381 HP as the SL 60 AMG had. 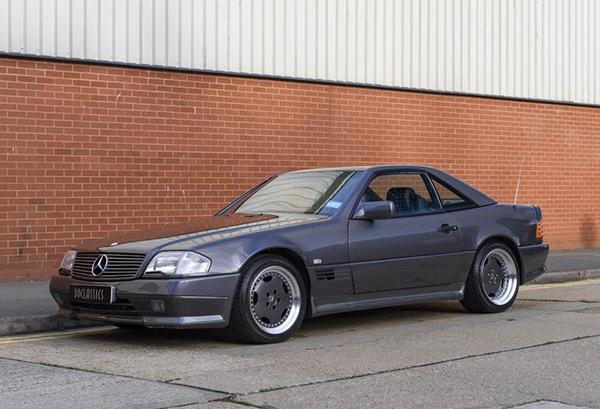 The Sultan of Brunei’s passion for Ferrari and Mercedes is well known. Statistics say that the 29th Sultan of Brunei, Hassanal Bolkiah, owns the largest private collection of cars in the world. There are 7,000 cars with a value of 5 billion USD. 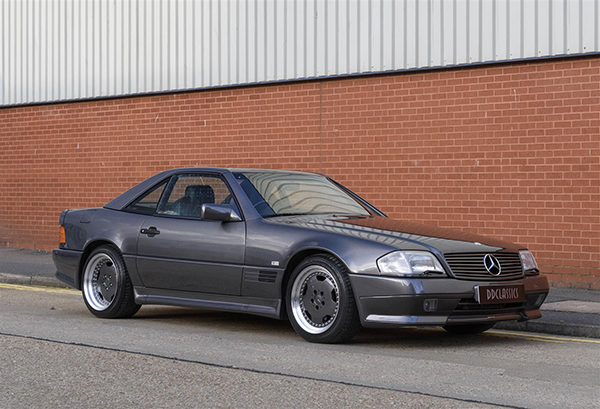 For example, the sultan owns 10 of the 106 McLaren F1 manufactured, six Bentley Dominators – a unique superlux SUV produced especially for him but also concepts such as the BMW Nazca M12. 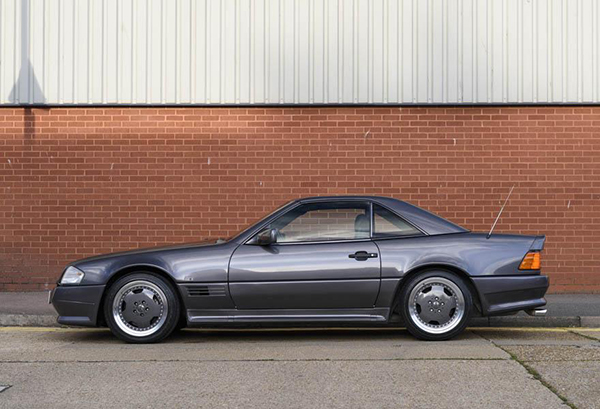 His collection also include no less than 550 Mercedes-Benz models and all of them are very special. 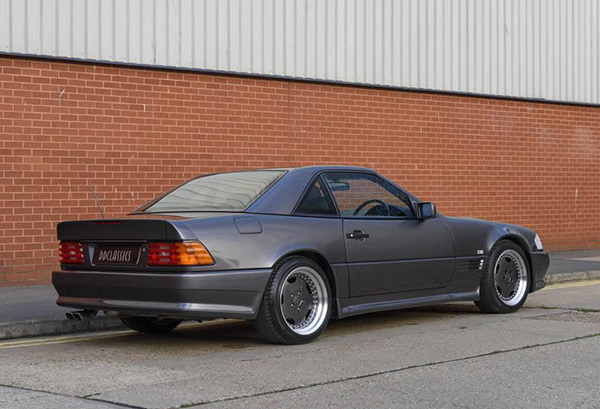 One of them is a Mercedes SL R129 ordered in 1992 as a 1993 model with RHD specification. The car is painted in Agatha grey and has a black interior. The car was then commissioned by the Sultan to be rebuilt to full AMG specification. 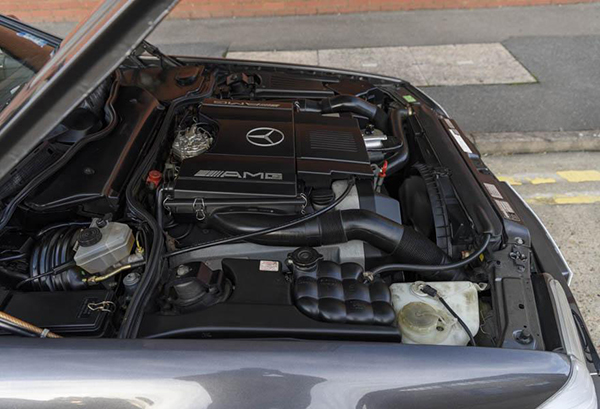 And here comes the exclusivity. Only 164 R129 500SL units were modified by AMG and had a 6-liter V8 engine with 381 HP. Mercedes did not want this model to have more power than the 600 SL version equipped with a 6-liter V12 that provides 394 HP. But the Sultan of Brunei wanted more and asked AMG to increase the power to 400 HP. 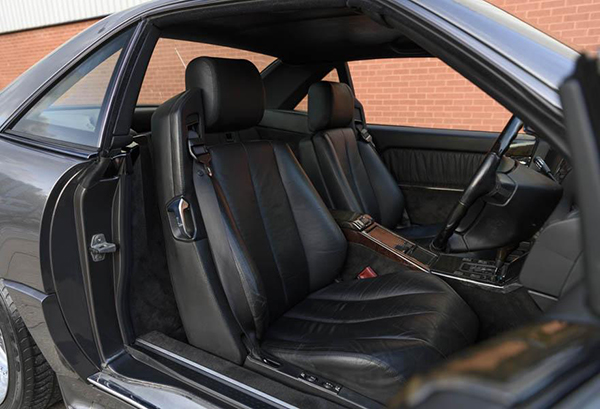 The car has full AMG exhaust system, AMG suspension and uprated brakes. Visually the car was ordered to have an AMG generation 1 body-kit, which includes bespoke front / rear bumpers and flared side skits, and a desirable duck-tail spoiler. To complete the exterior, the car sits on a set of stunning 3-piece split alloys, color matching in Agatha Gray, of course.

Naturally, AMG changed the dials to accommodate new performance, but as so, left the remainder of the interior untouched, as it’s hard to improve on Mercedes 90s design and build quality perfection! 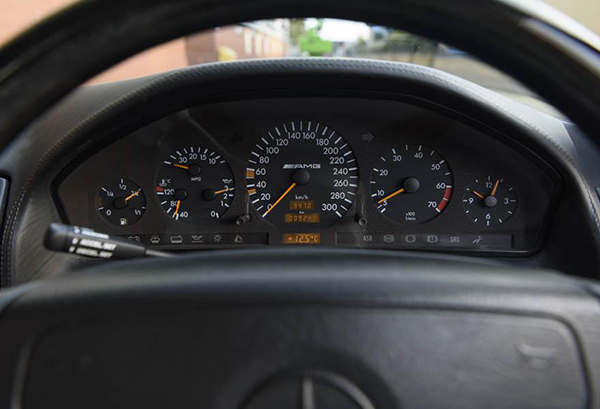 The model has only 9240 km (5750 miles) on board and is offered at a price of 69,950 pounds. Being a model in a very small series modified by AMG before the sports division became an integral part of the Daimler concern, it is a rare opportunity for a collector. The car can be seen at the DD Classics dealer in London.