Half a century old Mercedes-Benz W111 is for sale for half a million dollars. But it’s a classic with a twist. It is a coupe from 1970 that has undergone restoration. And it now looks like it just rolled off the assembly line. 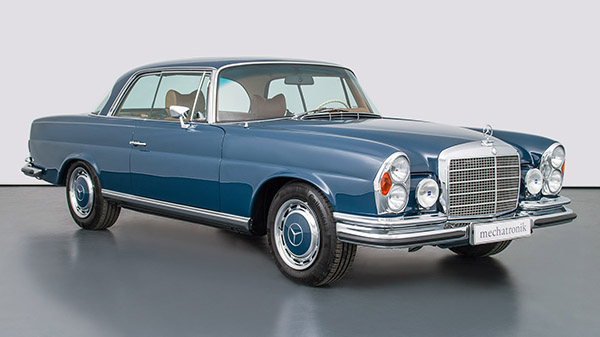 But that happened more than 50 years ago. Now the restoration process included not only a thorough makeover, but also a major mechanical twist. Because that is what Mechatronik is mostly about. The W111 is currently powered by a 5.5-liter V8 engine, codenamed M113. The company introduced the power unit in 1997 and retired it ten years later. It was a unit that only weighed 30 kilograms. Therefore the swap improves handling due to better weight distribution. The V8 transfers its resources via a 5-speed automatic transmission. 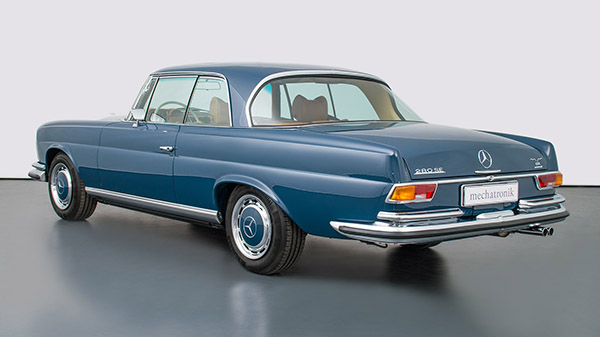 Mechatronik developed a new suspension with performance springs and shock absorbers from KW Automotive. The engineers also installed ABS and ASR on the car and fitted a limited-slip differential on the rear axle for better power distribution. They worked on the brakes for improved safety, equipping the front axle with the two-piston braking system of the W126 and perforated and ventilated brake discs with efficient cooling. The rear axle got to keep the braking system of the W111.

Back in the ‘70s, the safety belts and headrests were features of the future. Mechatronik’s W111 got them to become a daily driver. 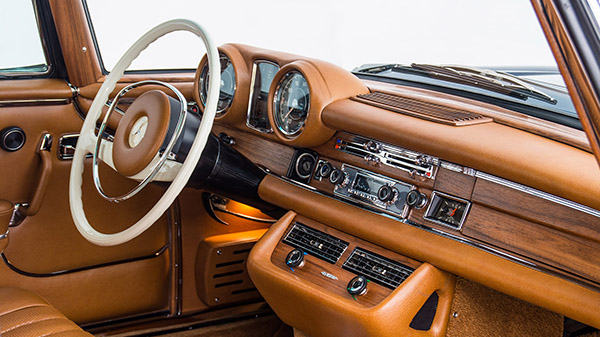 The impeccable model in the photo gallery is one of only 5 that the company builds annually starting 2016. It sports an ocean blue exterior and Cognac leather onboard. The odometer only reads 2,300 kilometers (1,429 miles) since its completion.

Mechatronik is now selling the classic with a V8 engine for 470,000 euros, including 19% VAT or $528,400 at the current exchange rate. Those who are interested to take this beauty home must first make an appointment in order to see it.