It was the late 1980s and car makers had no intention of downsizing whatsoever. They were actually trying the opposite. Mercedes-Benz was pushing it. A monstrous W16 was in the cards for a future Mercedes-Benz 800 SEL. But what is the mystery story of the engine that was never actually built? 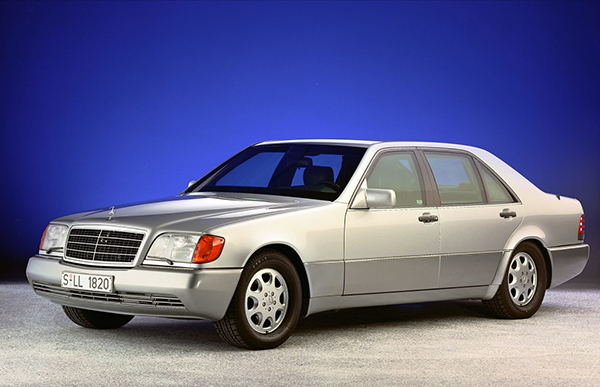 A stillborn plan. A dead end. A cul-de-sac. The W16 the Mercedes-Benz engineers were going the distance for was, in fact, an elongated V12. It would find room under the hood of a hypothetical 800 SEL. The Stuttgart-based company had it all planned in response of all-time rival BMW testing a 7-Series E32 mule with a w16. It went by the name of Goldfisch and got Mercedes all flustered.

Unofficial sources claim that 85 such prototypes, all wearing the W16 heart, saw the light of day. They all turned out to be worthless. Never has anyone ever heard how that colossal engine sounded like. Climate protection concerns were rising. Key markets such as Europe and North America were pressing for ever-stricter emission regulations. Mercedes was afraid of a possible message got all wrong. So executives cancelled the 800 SEL project. The company already had the 6.0-liter V12 underway. A prestigious power plant that turned out to be a major hit.

The Mercedes-Benz 800 SEL was designed to be a flagship. But it never passed the blueprints stage. The 18-cylinder engines and W16s were the territory of Rolls-Royce. How were the Germans to fit such a monster beneath the hood of the super elegant and classic S-Class, restrained from any exaggeration, without making it look grotesque? 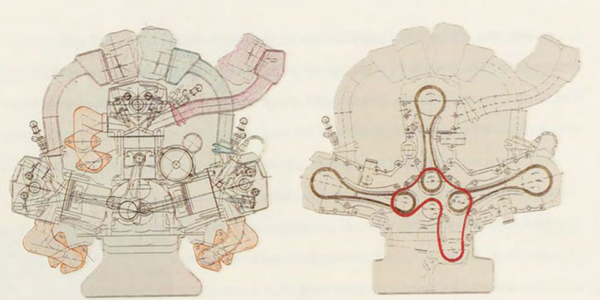 Nobody has ever heard the W16 of the Mercedes-Benz 800 SEL roar
They dropped the idea of a possible V18 M 216 engine with two banks of nine cylinders. They went instead for a more compact W layout with three banks of six cylinders, derived from the 2.6-liter units that, at that time, powered the W124 and the W201 sedans and later on, the R129 SL. Simple mathematics shows that the displacements would have been massive: nearly 8.0 liters.

Engineers were trying out two output variants. It was a 490-horsepower unit and a 680-horsepower one, with the latter also designed for a super sports car. Board members examined the project and red-lighted it.

The company’s archives still hide the projects drawn by hand.