The prestigious German automaker wasn’t the first to broach the SUV and crossover game—a segment that has basically reshaped the face of the automotive industry in the USA. While there are a number of models on offer today, including the GLA, GLB, and GLE, the first forays into this territory were not particularly well-received Stateside. Even now, it is American and Japanese configurations that dominate the market, such as the Ford Explorer and Toyota RAV4. These brands have mastered the art of producing highly practical high-riders with excellent safety ratings at an affordable price, making them easily accessible to the masses. By comparison, the luxury segment trails behind in key areas like passenger and cargo space, focusing on sophisticated styling and top-shelf tech features instead. 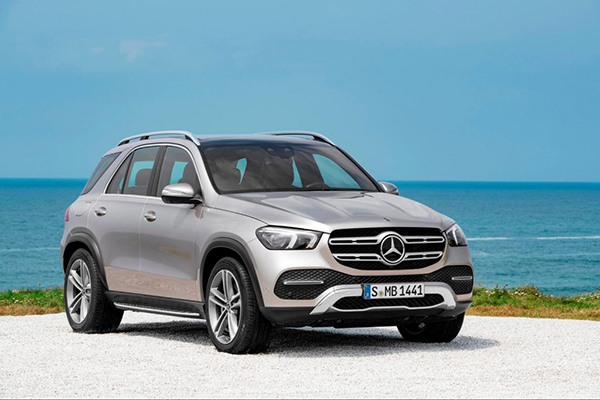 However, Mercedes-Benz has now brought the full force of its century of experience in the automotive industry to bear to create a new range of SUVs and crossovers that will finally cement its position within the American market. Sadly, they are unlikely to outsell more budget-friendly options due to their premium price tags and exotic designs, but consumers willing to step outside their comfort zones and give the tri-star brand a try will not be disappointed. Before going into more detail about some of the new models, here is a quick list of every Merc model that is new or has received a redesign recently:

Dynamite in small packages
As the smallest crossovers in the brand’s garage, the GLA and GLB go up against the top sellers in the US, which includes the Toyota RAV4, Honda CR-V, and Chevrolet Equinox. Naturally, it is difficult for any premium vehicles to compete with much more affordable rivals but the brand-new GLB and updated GLA make a valiant effort with starting MSRP pricing of under $40k. This is around ten grand more than the asking price of the competition, but it’s still quite reasonable considering how much is packed into this relatively small urban runabouts.

As the more recent release, the GLA sports the new design philosophy of the brand, with hard-to-beat aesthetics that give it an almost coupe-like appearance. The GLB is slightly more ponderous looking, but it trades sex appeal for functionality, offering a larger cabin and quite a bit more cargo capacity than its little brother. Released for the very first time in 2020, it was not a redesign but rather a purpose-built model meant to fill the gap between the brand’s subcompact and the midsize offerings. This is similar to the strategy of Mazda, which took the same route with the CX-30, and it has been seeing some good results.

Inside, both motor cars are well-appointed, although the GLA has a snugger, more driver-centric cockpit. Naturally, there is no shortage of gadgets and only the finest materials are used in the construction of the cabin. The latest MBUX infotainment suite comes standard, with screens available in multiple sizes. Both the GLA and GLB get access to an extensive list of safety features with standard blind spot assist and rear cross-traffic alert, while more advanced systems such as evasive steering assist are added via the optional packages.

No middle child syndrome here
Updated for the 2020 production year, the GLE is the midsize offering, balancing practicality with luxury in superb fashion. It goes up against some impressive contenders like the Porsche Cayenne and Volvo XC90, but it remains undaunted. Performance will depend entirely on the engine you pick, but there really is no lackluster option. The most capable is the twin-turbo V8, which develops 483 horsepower and 516 lb-ft of torque. Combined with a refined nine-speed automatic transmission and all-wheel-drive, this results in a 0 to 60 mph sprint time of under five seconds. No family hauler needs to be this athletic, but it’s nice to know you’re covered if the kids oversleep on the first day of school.

The interior is far more spacious than the compact iterations can offer, with extra shoulder room for those upfront and a few extra inches of legroom for back-seat passengers. Unfortunately, you will need to spring for something more extravagant than a base model to get the most exciting tech, like a head-up display, quad-zone climate control, Wi-Fi, or a wireless charging pad. That said, you do receive a large 12.3-inch MBUX infotainment screen with full smartphone integration, active parking assist, blind spot monitoring, and rear cross-traffic alert, all as standard. The midsize segment may not be quite as popular as the smaller models, but with a value proposition like this, the GLE may upset the status quo a little bit.

Go big or go home
As with any car from the German automaker, the presence of a capital S in the moniker spells only one thing – supreme, sporting luxury. Also completely overhauled for 2020, the GLS is the flagship of the SUV division, presenting shoppers with the best of everything available, though you may have to climb a few rungs on the trim ladder to get them all. The first big decision is between the competent turbo inline-six or the throaty twin-turbo V8 power plants. The latter produces the same 483 hp as the smaller GLE, but since the larger variant also weighs a bit more, you can expect a slightly slower sprint time of 5.2 seconds. For this reason, it is highly recommended that you opt for the V8.

It comes as no surprise that the cabin is opulent and covered with top-grade materials from floor to ceiling. If you so desire, you can fit up to seven occupants, but those in the rear-most seats won’t be thanking you. Instead, you will most likely want to keep those seats folded to maximize on trunk space, which is set at 48.6 cubic feet in this setup. A sunroof comes standard, with natural light creating an impression of even more room than is already provided. Two large LCD displays help keep track of vehicle statistics and the infotainment, which includes navigation, smartphone apps, and Wi-Fi, while a pristine 13-speaker Burmester sound system channels the audio.

Looking to the future
Mercedes-Benz has already started prepping for the inevitable changes in the automotive industry by adding the EQC electric SUV to its lineup. While it’s styling still adheres closely to the traditional ethos, it is less glitzy specs such as fuel economy that are set to impress. A low drag coefficient combined with a highly refined electric powertrain results in mileage returns that are unmatched by gasoline variants. However, this comes at a sacrifice in overall range and convenience, since the EQC is only rated at a maximum range of around 290 miles.

This is just the first step in the automaker’s march towards electrification, an area where many of its rivals have much more experience. Only time will tell if the EQC will survive in the increasingly competitive market, while the EQA, EQV, EQE, and EQS have yet to make a real appearance.