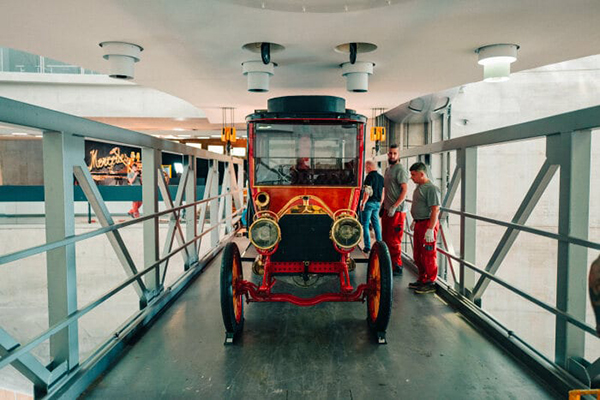 A 40-tonne crane with a height of 42 meters was deployed at the scene. It extended its huge arm in the atrium of the Mercedes-Benz Museum, from the ground floor, all the way to the top level. Seven floors up, the Mercedes Simplex 60 hp was waiting to embark. The glossy red touring saloon took quite a farewell. For several hours, experts from the museum and special logistics specialists worked to take it out of the building in one piece. 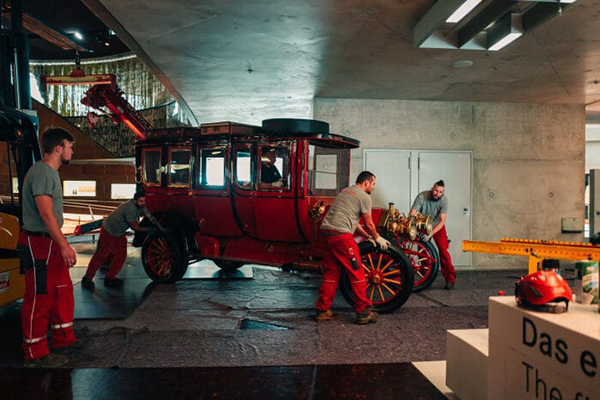 The Mercedes Simplex 60 hp is the oldest automobile among the 160 car exhibits of the Mercedes-Benz Museum. It belonged to none other than Emil Jellinek, the man who chose the Mercedes name for the brand. It was the name of his daughter. 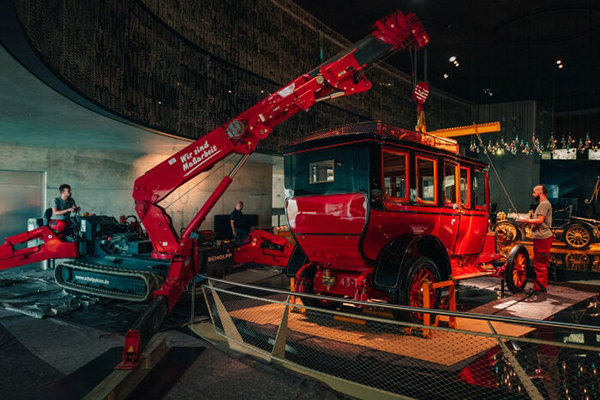 The mesmerizing vehicle will star in an exclusive event at the Mercedes-Benz Classic Center, in Fellbach, right near Stuttgart, seven kilometers away. 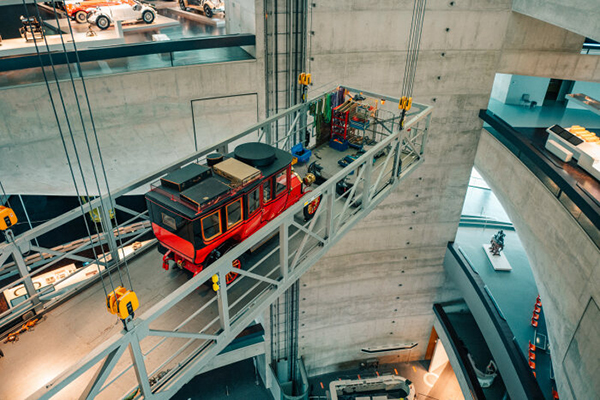 They held their breath for the Mercedes Simplex 60 hp
The model has spent the last decades on the faceted shiny black inclined surface. It has been an exhibit of the permanent exhibition. Moving the 2.2-tonne model from its place was a challenge. A mini-crane lifted the car and put it on rubber tracks. Hooks, ropes tied to the ceiling of the atrium and a 15-meter long transport cage, withstanding up to 20 tonnes, were part of the operation.

Everything happened on Monday, the day the museum is closed. So there was a maximum time from from 6 p.m on Sunday evening to 7 a.m. on Tuesday morning. The experts had work fast. But they had to focus on the safety of the precious Mercedes Simplex 60 hp. Only the preparations took no less than eight hours. 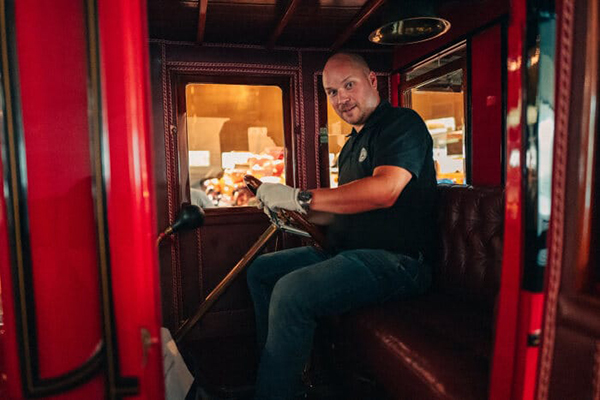 Every step of the move was carefully and meticulously choreographed. The team members held their breath as the car came up and then down to the ground floor centimeter by centimeter. It took five minutes, but for them, the men handling the 116-year old automobile with white gloves, felt like ove a century.