In the aftermath of World War II, the peeps at Mercedes developed the W186 family of six-cylinder vehicles from the ground up. The so-called Adenauer that takes its nickname from the first Chancellor of West Germany was too expensive for most potential customers during the postwar economic renaissance, which brings us to the Ponton series. 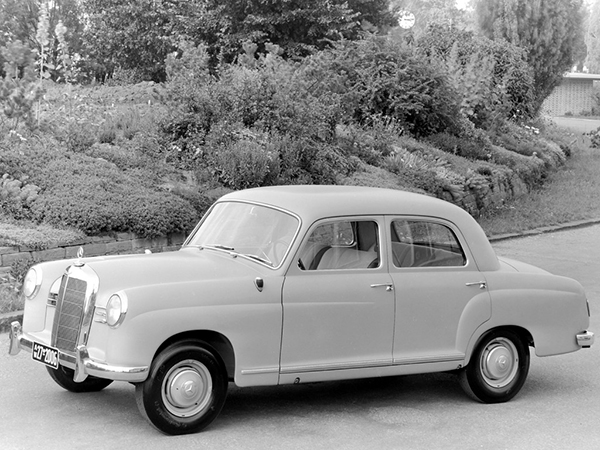 A reference to the pontoon-inspired styling defined by the fully-integrated fenders and rectangular footprint, the Ponton launched in 1953 with the W120 that offered four-cylinder gasoline and diesel engines. Presented in August of that year and marketed as the Typ 180 after the displacement of the powerplants, the bulbous three-box sedan is the very first unibody Mercedes-Benz passenger car. Considered a predecessor of the E-Class, the 180 also happens to be more aerodynamic than prewar vehicles.

Unusually modern for that era, the intermediate sedan is lighter and more rigid than its forerunners thanks to the body-frame integral construction. Fitted with double wishbones up front, the 180 features a U-shaped axle carrier mounted to the front section of the chassis with silent blocks to reduce noise levels. A swing axle and trailing arms took care of the rear wheels, giving the W120 impressive handling and ride quality for its time. 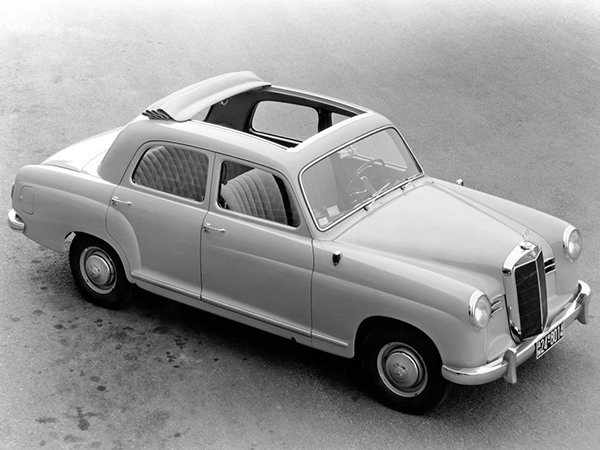 Customers also had the choice of a 1.8-liter diesel that needs 39 seconds to hit 100 kilometers an hour. The 180 D and succeeding diesels were highly popular with cost-sensitive buyers thanks to slightly better fuel efficiency. 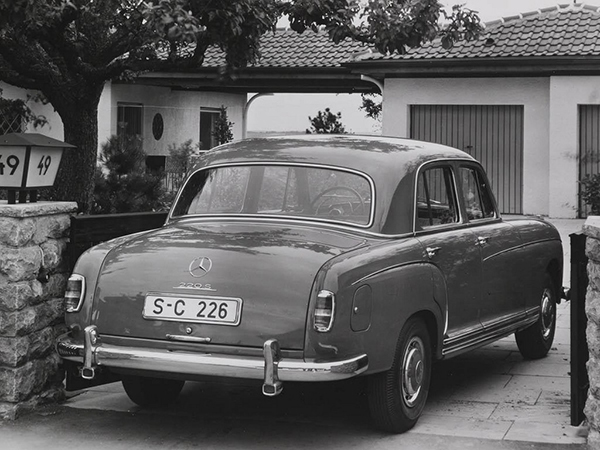 As far as the automotive media is concerned, the W120 is the very first car to be featured in a spy photo. Auto Motor und Sport managed to snap a prototype in 1952, described by the motoring publication as “Daimler’s youngest child” through a parody of Goethe’s Erlkonig poem. The poem’s title is how the term Erlkonig was coined by German-speaking car enthusiasts to describe a development mule of an upcoming production car.

In 1954, the Stuttgart-based automaker improved the breed with the long-wheelbase Typ 220, internally known as the W180 series. Only available with six-cylinder mills, these models also relied on carburetors. Mercedes then welcomed the 220 SE in 1958 with Bosch mechanical fuel injection. Also known as the W128, this fellow ended production in 1960 with starting prices that were out of the reach of many people. For example, the 220 SE Cabriolet was similarly priced to the Cadillac Eldorado Biarritz luxobarge. 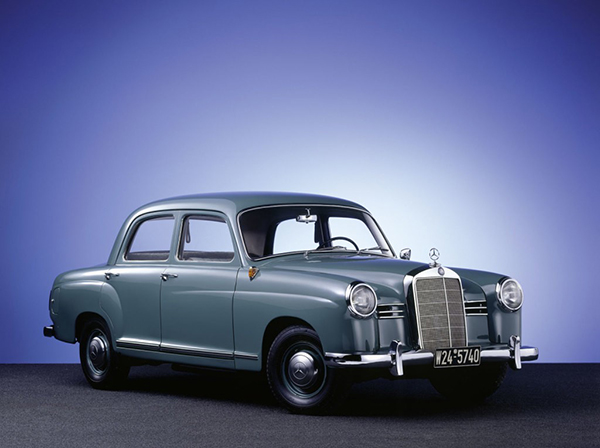 In a way, the 190 SL can be considered the final member of the Ponton family even though it doesn’t have Ponton styling. Manufactured between 1955 and 1963 exclusively in Stuttgart, the R121 features 300 SL Roadster-inspired cues and a shortened version of the W121 chassis. Compared to the W120, the W121 is flexing more potent 1.9-liter gasoline and diesel mills.

Revealed at the 1954 New York Auto Show, the 190 SL is rocking double wishbones up front and swing-axle rear suspension just like the 300 SL. However, it was far more affordable due to the much simpler chassis design and due to the M121 engine that Mercedes-Benz used in the W121 sedan. 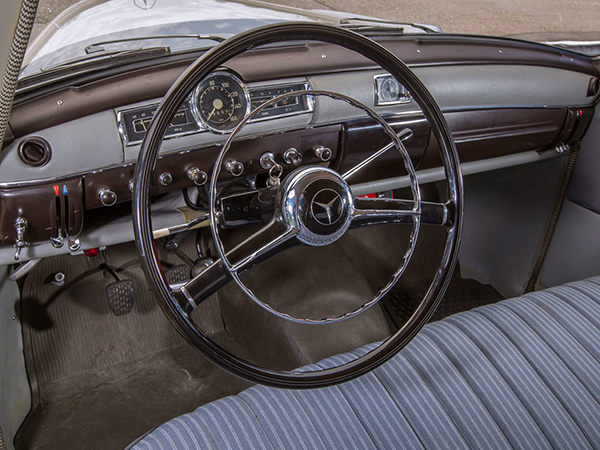