It was December 1980 when Mercedes-Benz first installed an airbag in a car. It was the S-Class 126 model series. The system was designed to save lives. 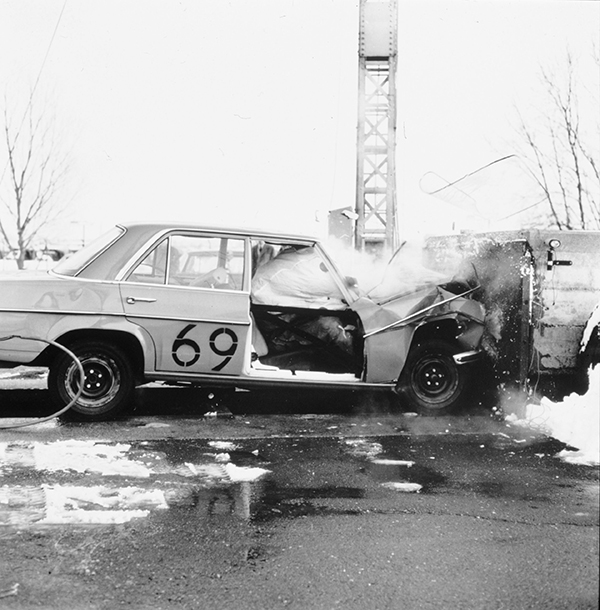 Nowadays, driver and front passenger airbags are standard equipment in most countries in countries all over the world. But there were times when cars had not such an advanced restraint system.

40 years ago, the driver’s airbag and seat belt tensioner were, back then, a cutting-edge innovation in terms of safety. They first made their way into a limited number of S-Class saloons 126 model series.

Daimler-Benz AG and Bosch engineers had partnered up to develop the airbag. More than 100 S-Class cars received a new system in January and February 1981. Many other car makers subsequently implemented the system in their cars.

The restraint system made its debut at the Amsterdam International Show in February 1981. A month later, Mercedes-Benz presented it in Geneva as well. The airbag and the belt tensioner showed up together for the first time in the S-Class and SEC Coupes. Customers could order the option for 1,525.50 Deutsche Mark starting 1982.

Ten years later, the airbag became standard equipment in all of the company’s models. The frnt passenger airbag followed as standard safety feature in 1994. Next came the knees airbag, the window airbag and so on, making the cars ever safer. 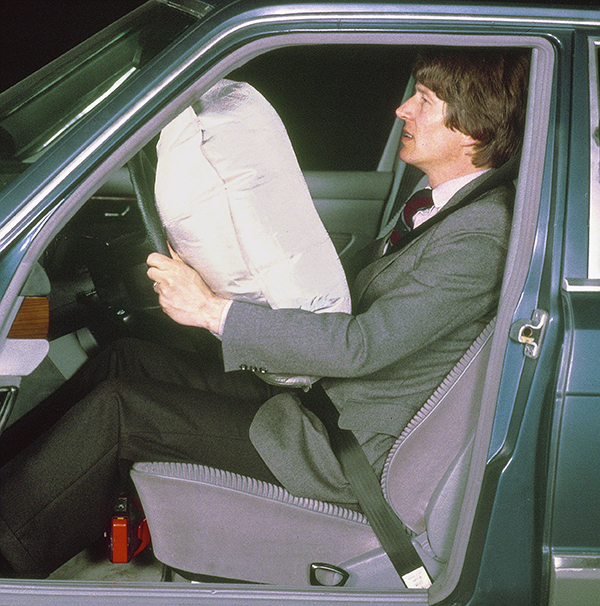 How does the airbag actually work?
The airbag inflates within a few milliseconds in front of the occupants. There are sensors that detect a particularly strong deceleration and automatically trigger the firing of a propellant charge. The resulting gas mixture inflates the cushion-shaped fabric cover. The airbag and the seat belt protect the body when thrown forward by the impact.

The history of the airbag starts with Walter Linderer in the 1950s. he designed what he called back then an “inflatable container in a folded state, which automatically inflates in the event of danger”.

He filed a patent for the device with the German Patent Office, on October 6, 1951. But he did not have the necessary technology to make the system actually work. He lacked the sensors, a material that was strong enough and rapid gas generation that would trigger the inflation fast enough.

In 1967, the Mercedes-Benz engineers carried out various trails. In October 1971, Daimler-Benz AG filed the patent for an “impact protection device for vehicle occupants”.

Following 250 crash tests, more than 2,500 sled tests and thousands of tests on individual components, there came the SRS. The supplemental restraint system was the protective system next to the seat belt. 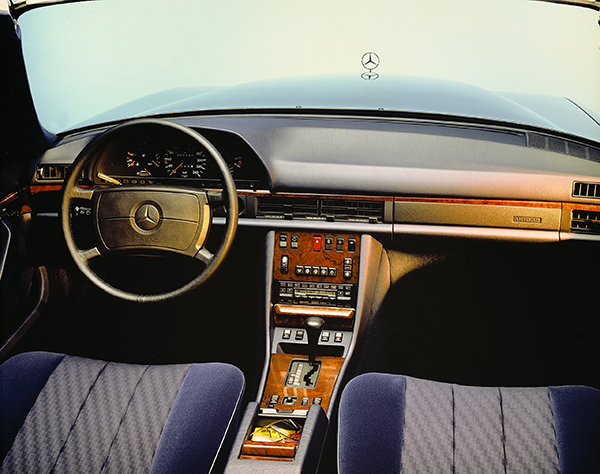 How many lives did the airbag save?
According to the German Federal Statistical Office, 15,050 people lost their lives on the German roads. 6,915 of them were occupants of passenger cars.

The figures go downwards despite the fact that the number of vehicles on the roads is continuously going upwards.