Mercedes 190E EVO Street Based on the 190E Evolution II DTM car, the EVO Street is a restomod performance street car. The wide body is inspired from the modern Brabus style of kits (particularly on the G63). Features a 2022 E53 interior retrofit. However you get some slick Recaro racing seats! Also, brought back the LED headlights from my Hammer MK.2! Sitting on classic TE-37’s wrapped with P-Zeros. 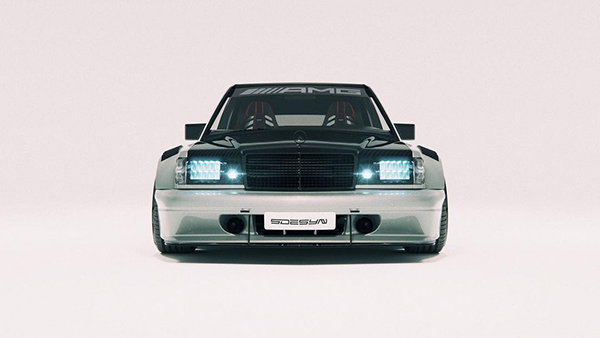 In 1989, Mercedes-Benz was feeling the high-performance BMW M3 Sport Evolution heat. Naturally, they did not rake the fire and instead dropped the 190 E 2.5-16 Evolution homologation hero at the year’s Geneva Motor Show. 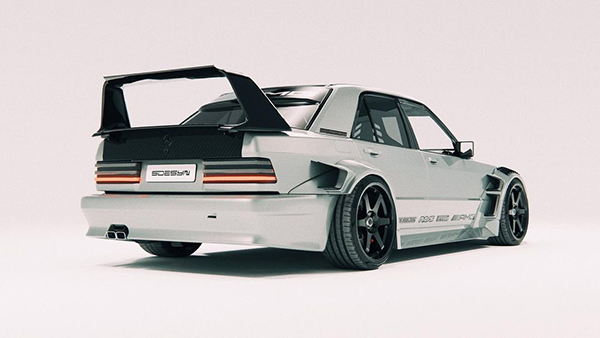 Just 502 examples of the 190 E Evo I were produced to make it compliant with the DTM rules. Luckily, this was not the end of the 190 evolution saga, as the very next year an even better Evolution II came out on the same Swiss red carpet. Another 502 units later, complete with the AMG PowerPack for the 2.5-liter inline-four to produce 232 hp, the Mercedes Evos were turned into DTM legends. 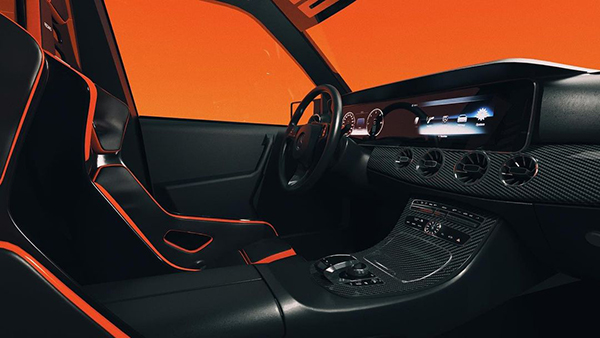 An icon that endures today, the 190 E Evolution still haunts many dreams of street/DTM greatness. Among them, one interpretation has found its way into the virtual realm courtesy of Shashank Das. The pixel master better known as sdesyn on social media, has a well-thought idea to showcase. 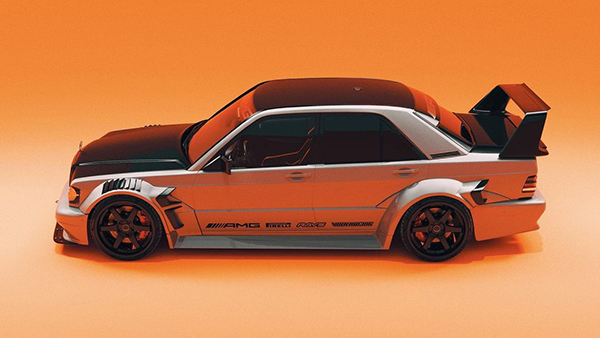 “Based on the 190 E Evolution II DTM car, the EVO Street is a restomod performance street car.” Well, that might sum up things pretty neatly. Alas, the devil is always in the details. The coolness goblin, that is. Complete with all the CGI aftermarket usual suspects, and then some more.

Do not think for a second the slammed appearance or the neat widebody aerodynamic kit might be chief among them. Even if the artist has used exposed carbon fiber for the dual-tone, silver-and-black appearance that pays homage to the rarest Evo IIs of all times (numbers 501 and 502 were the only ones painted in Astral Silver). 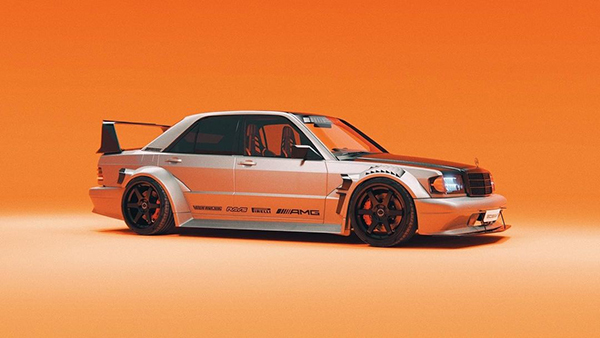 Instead, this time around the biggest highlights – apart from the Brabus G 63-inspired kit or the front and rear LEDs – are found inside. Unlike many other CGI experts, this pixel master went through all the trouble of digitally fitting a contemporary interior. One snatched from the 2022 AMG E 53, as per the description.