We’ve found a real gulf in character between Mercedes’ two A 35 and A 45 models, and perhaps the less focused thrills of the A 35 make the most sense in this saloon format. It has strong pace in a nice and not-too-expensive package, but this is not a proper driver’s AMG. 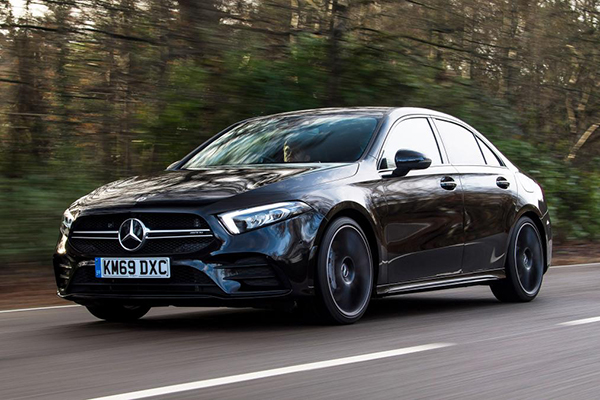 Suddenly, Mercedes appears to be making a lot of small fast cars. If you’re in the market for a compact AMG-badged Merc, you’re spoilt for choice. While the original A 45 hatch has been produced since 2013, Merc has now added the lower-powered A 35 to the range, with Volkswagen Golf R-rivalling performance. 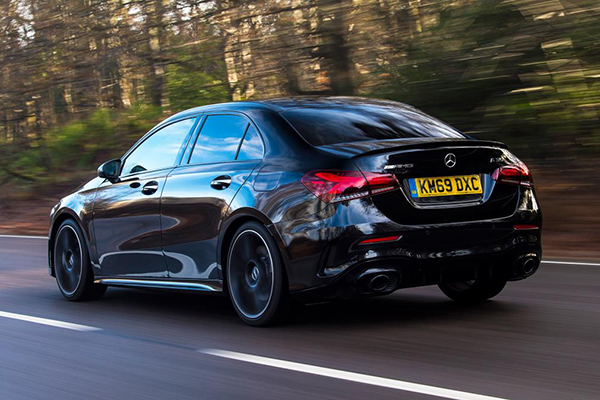 And now this entry-level AMG model is available as a saloon. Like the CLA 35, it uses the same running gear as the A 35 hatch, but the newcomer’s only real rivals are the CLA and the soon-to-be-replaced Audi S3 Saloon. 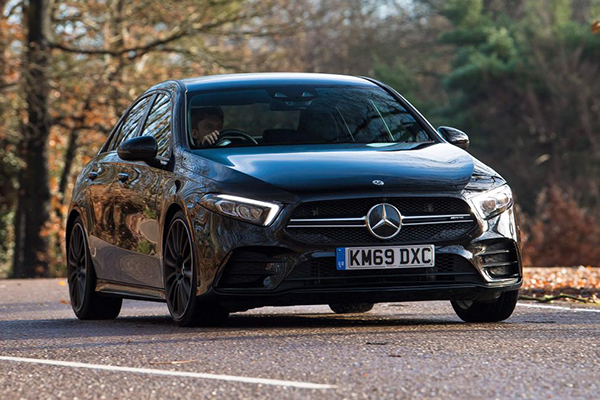 The recipe is extremely similar to its Audi challenger’s. Under the bonnet is a turbocharged 2.0-litre four-cylinder engine developing 302bhp and sending drive to all four wheels via a seven-speed dual-clutch automatic gearbox. 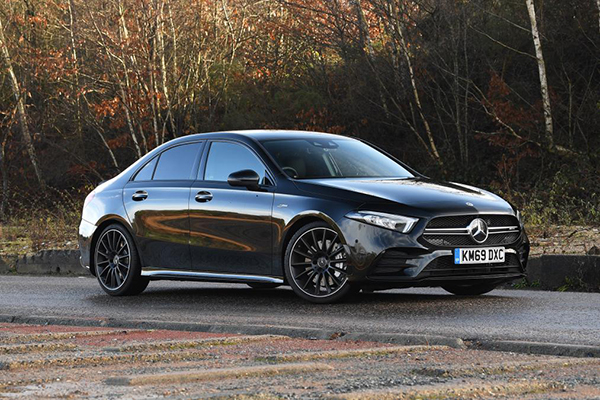 In practice, the A 35 is a thoroughly competent fast small car, but not without one or two unavoidable flaws. You won’t be disappointed by the level of performance on offer; the 400Nm of torque beefs up the feeling of power on full boost, and the engine is responsive and fast-revving, but it’s still not outrageously exciting and needs speaker-induced fakery to help it leap into life. 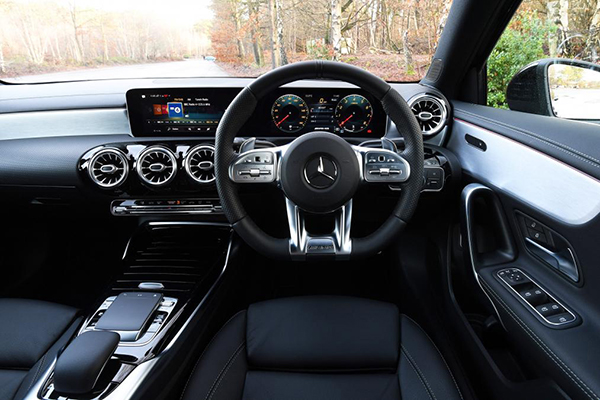 While the engine just lacks that final tenth to make it a real winner, the gearbox needs some improvement. Drive is selected by a stalk behind the wheel, but switching gears at low speeds reveals a tendency for slow, dim-witted and lumpy responses. Get up to speed, jump on the finely finished metal shifter paddles behind the wheel, and you’ll find a frustrating reluctance to change gear consistently and on demand if you begin to push the car all the way across its rev-band. The software feels like it could do with some tweaks, for sure. 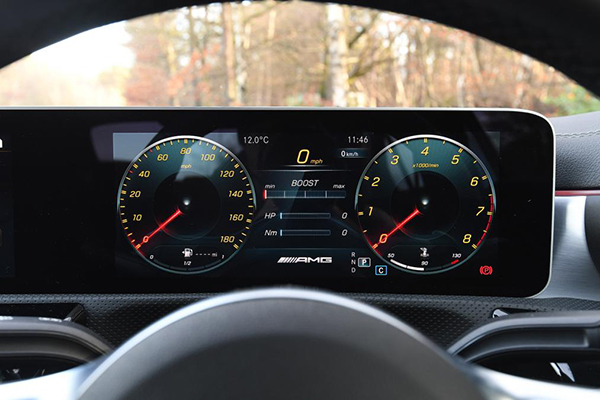 We’d wager that the optional AMG Ride Control adaptive dampers are a box worth ticking. The A 35 driven here came on the standard passive suspension set-up, and while body control is tight, the nose is sharp, grip levels are strong and the understeer is readable, the ride quality is harsh. The CLA 35 we tried had the optional set-up, revealing a far more compliant character in Comfort mode. That is likely to be far nicer to live with day-to-day, but it’s part of a pricey option pack. 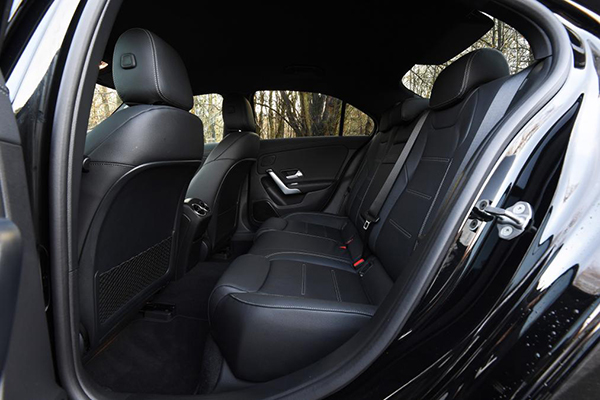 Some of the glossy plastics and man-made leather surfaces aren’t enormously premium, but as an overall package, the A 35 Saloon’s cabin feels modern. Our only gripe is the standard infotainment; even in a high-spec model such as this, the dual 10.25-inch MBUX infotainment screens are optional, with seven-inch digital instruments as standard. For the money, we’d expect a little more and, again, you’ll need to fork out for an expensive options pack. 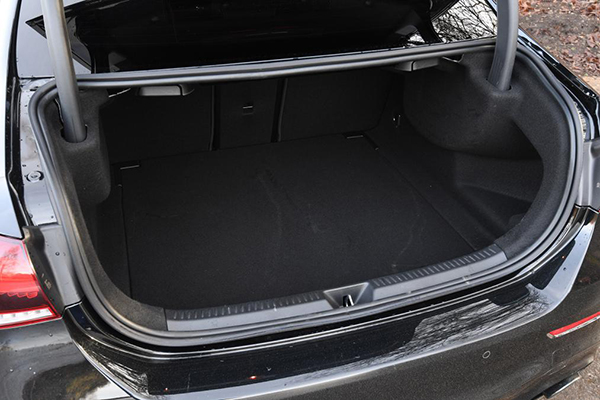 On paper, the 420-litre boot is an improvement over the hatchback’s, but remember that even with the seats folded, the narrow opening means it’s less versatile.