The Mercedes-Benz 770 was, 90 years ago, the Grand Mercedes. It came as the ultimate automobile, setting standards in the automotive field. Two of those are now on display at the Mercedes-Benz Museum in Stuttgart. 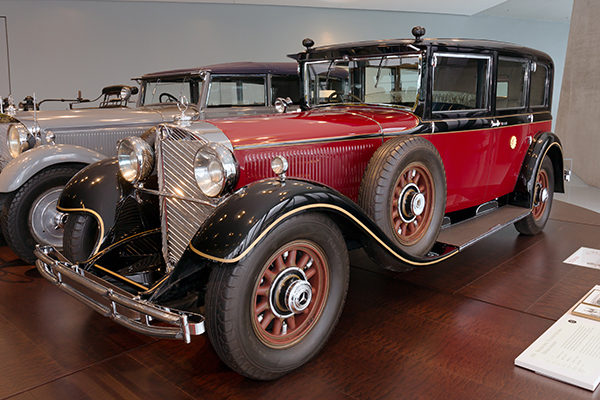 It was October 1930 when the Mercedes-Benz 770 “Grand Mercedes” emerged with the official presentation in Paris. The premium car maker marched ahead with outstanding comfort and top performance.

An eight-cylinder in-line engine with a 7.7-liter displacement set the W 07 model series in motion. The “Grand Mercedes” remained in production until 1938, as a highly exclusive car. Only 117 units in various variants saw the light of day. The W 150 model series followed with the same designation: the 770 “Grand Mercedes”. Back then, it ranked as high as today’s Mercedes-Maybach S-Class in terms of luxury.

Guests who step inside the Mercedes-Benz Museum get the chance to see not one, but two such classics. One is the Cabriolet F. It was an order for the Germen Emperor, Kaiser Wilhelm II of Hohenzollern, in 1932. The radiator grille bore the Hohenzollern coat of arms instead of the company’s star logo. The navy blue exterior finish was a tribute to the German naval fleet.

On display next to it, there is the Pullman limousine that belonged to the Japanese Emperor Hirohito. In 1935, it was one of the first cars that arrived in Japan as an armoured special protection version. It featured multilayer glazing on the side and rear windows, but also armour-plated roof and doors. It is worth mentioning that both were supplied without a supercharger. 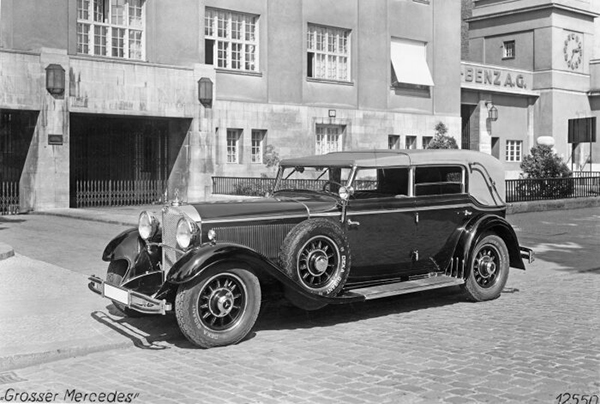 The Mercedes-Benz 770 “Grand Mercedes” was, in those times, the most expensive, the largest and the heaviest of the company’s passenger cars. It was the one that set Daimler-Benz AG at the lead of the industry.

The Mercedes-Benz 770 “Grand Mercedes”, from development to production
The development team passed on their work to the production squad following a meeting of the Board of Management on the 6th of March 1930. The head of the design divison, Dr. Hans Nibel, and the engine development chief, Albert Heeß, settled for the eight-cylinder instead of the twelve-cylinder power unit that revved up to 2,800 rpm and developed 150 horsepower or even 200 horsepower if the Roots supercharger was engaged while the accelerator was fully depressed. The supercharger came with a RM 3,100 price cut. But surprisingly, only 13 of the 117 customers ticked the option.