When you’re shopping for a car, you must first identify your specific vehicular needs. If you’re buying it for work, where you’ll regularly need to haul things, then you’re probably looking for a truck. Need a family car? A sedan or wagon—or SUV, these days—might fit the bill. Or maybe this is a “treat yo’ self” occasion and you want a convertible. Those are all very different vehicle types, and rarely can you have the best of two worlds—let alone four—in one car. But in 1995, Mercedes-Benz challenged that notion with the transformable VRC concept. 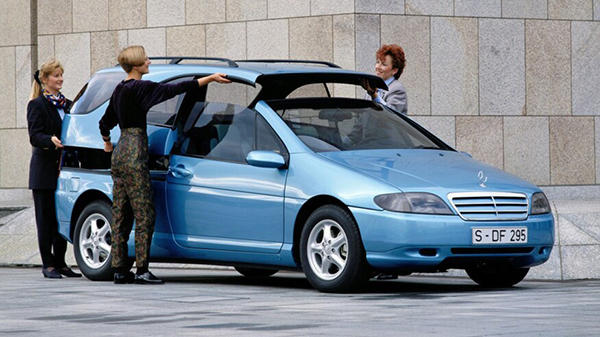 The Variable Research Car, or VRC, made its debut at the 1995 Geneva Motor Show. Its main gimmick was its interchangeable bodywork that allowed the concept vehicle to be configured in one of four body styles, including a sedan, pickup truck, convertible, and wagon. The base vehicle was a compact two-door that could accept different top-mounted carbon-fiber-reinforced plastic (CFRP) superstructures, which could include a roof, side panels, and a rear section (depending on the configuration, of course). Mercedes claimed swapping roofs could be accomplished in just 15 minutes. 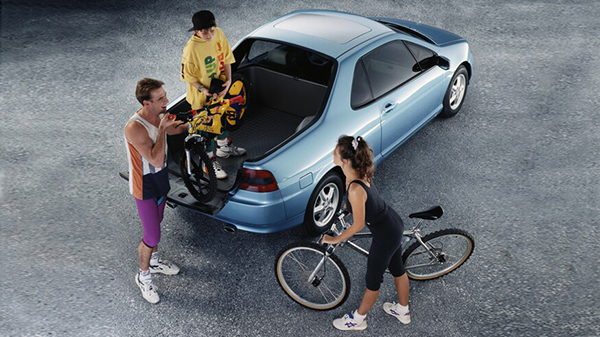 One thing that made the VRC ahead of its time was the concept’s car-sharing aspect. You see, VRC drivers weren’t expected to own and store each superstructure. Instead, the idea was that they would take their car to a rental station where it would be converted to the body style of their choice. They could then keep that configuration for as long as they like and exchange the roof structure as needed. 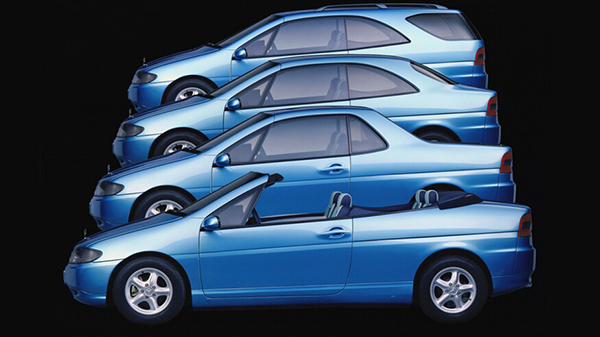 This is how Mercedes-Benz predicted the future of car ownership way back in 1995: 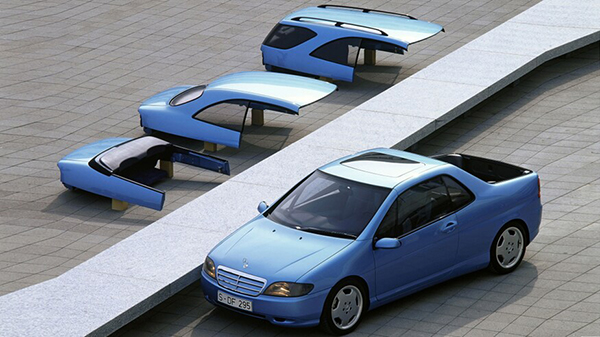 “…people will have more leisure time at their disposal and spend this leisure time by engaging in very different activities. And they will want to select their cars with leisure time activities and everyday use in mind. Keeping one’s own small fleet would, however, be uneconomical. This is where the Vario Research Car from Mercedes-Benz comes into the picture.” 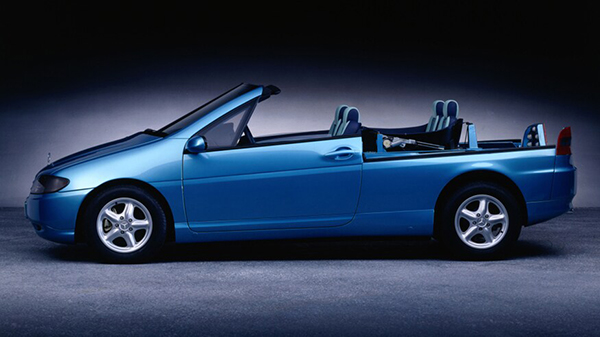 That’s pretty much the exact business case behind car subscription services like Care by Volvo, Access by BMW, the shelved Book by Cadillac program, and many others. The only difference is you don’t just swap roofs these days, you swap your entire car. But it would be kind of cool to blow your friends’ minds by dropping them off in a wagon, then picking them up in the same car—except now it’s a truck! 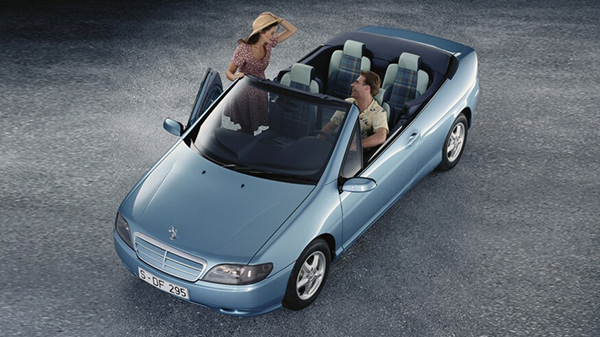 In addition to its use of CFRP, the Vario Research Car pioneered a number of new technologies for Mercedes. The VRC was the first Mercedes to use drive-by-wire tech, having no mechanical connections between its steering wheel, brake pedal, and each respective system. The concept also served as a testbed for the German brand’s Active Body Control adaptive suspension system, which is available on many modern Benzes. 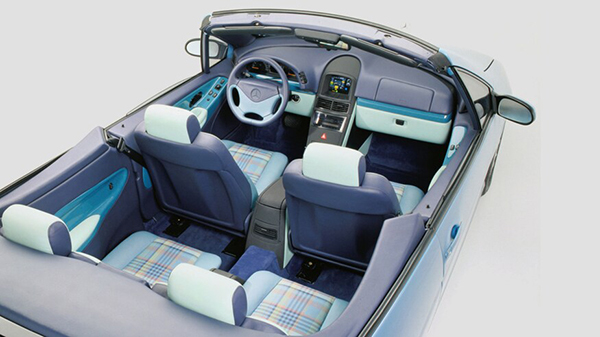 The Mercedes-Benz VRC was a neat concept, and in many ways the idea of a transformable car is still plausible today. Electric skateboard platforms offer tons of variability when it comes to body styles. It’s not hard to imagine one designed with interchangeability in mind. Mercedes, perhaps the world is ready for a second crack at the VRC concept.