Mercedes-Benz G-Class Edition 550 is a new special edition of the rugged SUV that’s coming to the United States. Only 200 of them are going on sale here. 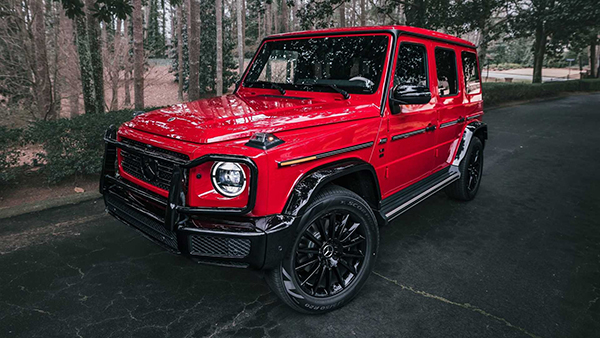 The G-Class Edition 550 is available in three of Mercedes’ high-end Manufaktur colors: Jupiter Red, Arabian Grey, and Moonlight White, which is the newest addition to the color palette. This special edition also gets a new badge that shows the silhouette of a G-Class climbing a mountain.

Inside, the Edition 550 comes with two-tone Nappa leather upholstery that has diamond stitching. The special edition includes the active multi-contour front seats with active side bolsters. Carbon-fiber trim decorates the cabin. 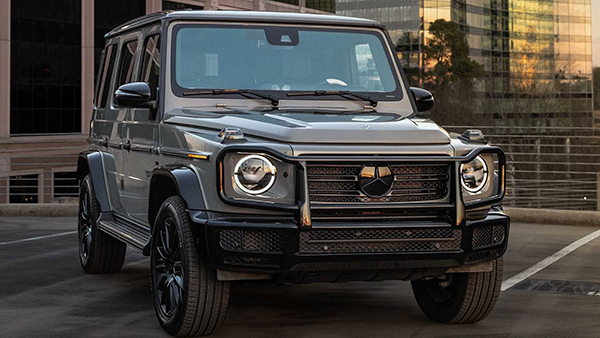 The brush bar around the headlights and horizontal slats in the grille tell us that the Edition 550 uses the G 550 as its starting point. This grade uses a 4.0-liter twin-turbo V8 that makes 416 horsepower (310 kilowatts) and 450 pound-feet (610 Newton-meters) of torque. The power runs through a nine-speed automatic gearbox with a two-speed transfer case. The SUV gets to 60 miles per hour (96 kilometers per hour) in 5.6 seconds.

The only info we have about the G-Class Edition 550 comes from a post on the Mercedes-Benz USA Facebook page. There’s no info about pricing or availability. Motor1.com reached out to the automaker for more details about this special edition. 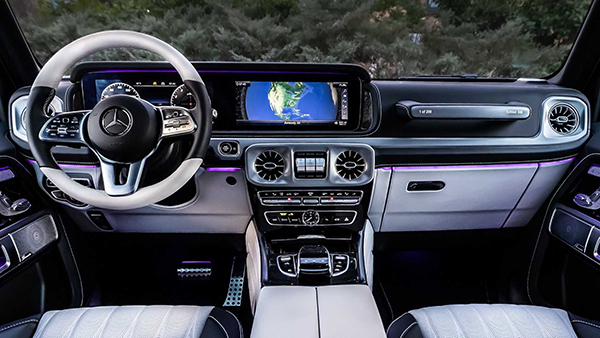 It’s somewhat surprising for Mercedes to introduce a special edition of the G-Class now because the automaker is allegedly struggling to keep up with demand for the SUV in some markets. The G-Class recorded a new global sales record in 2021 with 41,174 deliveries. The company moved 8,523 of them in the United States last year, which was up 10.4 percent year-over-year.

Mercedes currently has a refresh of the G-Class under development. The changes appear to be fairly minor. There’s a revised front fascia with re-shaped intakes in the corners. The hood seems to have flatter styling. The fender flares look more angular. 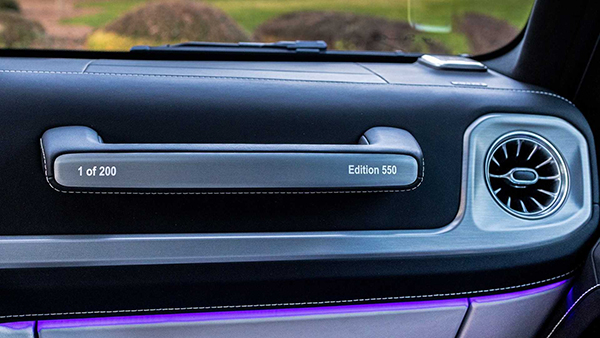 Two more variants of the G-Class are also on the way. Spy shots suggest that the new 4×4 Squared is deep into development because there’s very little camouflage on these vehicles. These models have a taller ride height, possibly a light bar above the windshield, a roof rack, and a ladder on the back.

A fully electric G-Class reportedly arrives in 2024. The Concept EQG is a near-production glimpse of the upcoming model. It looks very similar to the ICE-powered versions but has an illuminated grille. Rather than a spare wheel carrier on the back, there’s a storage area for holding things like the charging cables. Mechanically, the concept has a shiftable two-speed gearbox that gives drivers the option of using a crawler gear when off-roading.